Ireland's frustratingly slow vaccine rollout is set to receive a much-needed shot in the arm with the arrival of over two million doses of the highly-regarded Johnson & Johnson jab. 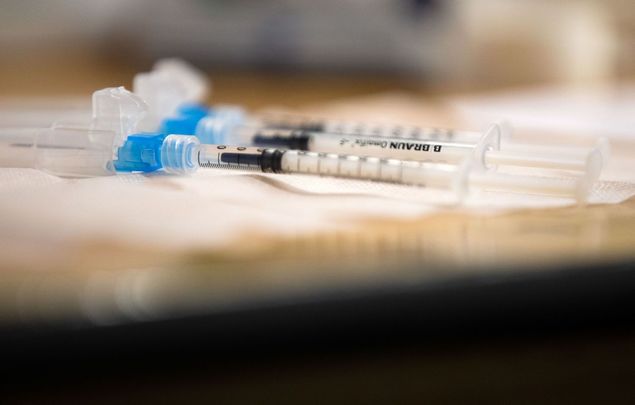 The pharmaceutical giant, Johnson & Johnson, has pledged to start delivering its keenly anticipated single-shot Covid-19 vaccine to Europe in just under three weeks.

*Editor's Note: This column first appeared in the March 31 edition of the Irish Voice newspaper, sister publication to IrishCentral.

Of these Ireland is set to receive 2.2 million doses of the jab, according to an RTE report.

The news couldn't be more timely, with the country's vaccination drive still struggling to get out of first gear.

As of last Friday, March 26, just 786,569 jabs, equating to 10.3 percent of the population of the Republic of Ireland, had been administered.

This figure contrasts sharply with that of the U.K., where a hugely successful immunization rollout has seen over 44 percent of the population vaccinated.

However, the arrival in the coming weeks of the Johnson & Johnson jab, a single shot injection, and relatively easy to store, could give the stuttering vaccination rollout the boost it desperately needs.

Concerns over the stuttering pace of the vaccination rollout prompted to the government adopting a cautious approach to the easing of pandemic-related restrictions on Monday, April 12.  The lockdown was originally planned until April 5, but because of the Easter holidays, the government decided to implement its easing of restrictions on the 12th to help prevent further infection. 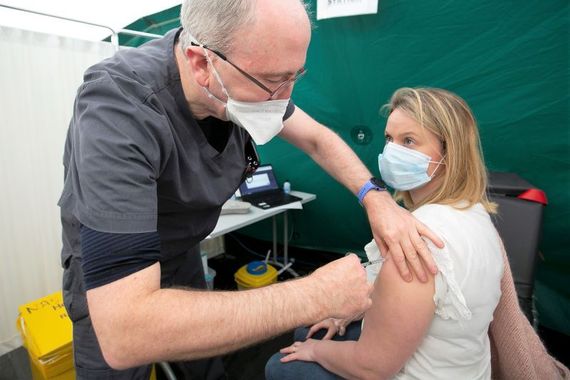 Press reports indicate that on the 12th, inter-county travel will be permitted – currently, people are forbidden to travel more than five kilometers from their home – some sports, including tennis and golf, will be permitted; a gradual return for the construction industry will be put in place, and two vaccinated people will be able to meet indoors.

Hopes had been raised of another vaccination boost by a newspaper report in The Sunday Times, which claimed Britain could offer as many as 3.7 million inoculations to the Republic, in part to help ease lockdown restrictions in Northern Ireland.

But according to a subsequent report, Taoiseach Micheal Martin denied suggestions that Ireland could receive surplus jabs from its neighbor, adding that he had yet to receive official contact from the British government on the issue.

“I spoke to Boris Johnson six weeks ago.  At that stage he was very clear that you have to vaccinate his people first, prior to vaccinating anybody else, and they’re some distance off that,” Martin said.

“There’s been no contact since then or no indication from any officials at the British government level in terms of offering any vaccines.

“Of course any vaccines that are available, if we require them, of course we will accept them. But there has been no offer at this particular point.”

The growing public unrest about the vaccination rollout has been exacerbated by the recent revelation that a privately owned hospital in Dublin administered 20 leftover jabs to a number of teachers at one of Ireland's most prestigious private schools.

The public outrage that followed prompted the Department of Health to suspend the vaccination program at the hospital in question, The Beacon.

Meanwhile, the Irish government has been urged to prioritize jabs for the country's funeral directors.

Donal Forde, president of the Irish Association of Funeral Directors, argued his members had a high risk of exposure to the killer bug.

He told the Irish Independent, "On a regular basis funeral directors enter nursing homes, hospitals and private residences.  They host reposals for families at their funeral homes, and they attend funerals which themselves have been identified as high risk for increased transmission."

The Association for Catholic Priests, the country's biggest representative body for ordained clerics, has also argued that churchmen and undertakers deserve to be prioritized for jabs.