Bono and The Edge teamed up with Dutch DJ Martin Garrix to create “We Are The People We’ve Been Waiting For" for Euro 2020. 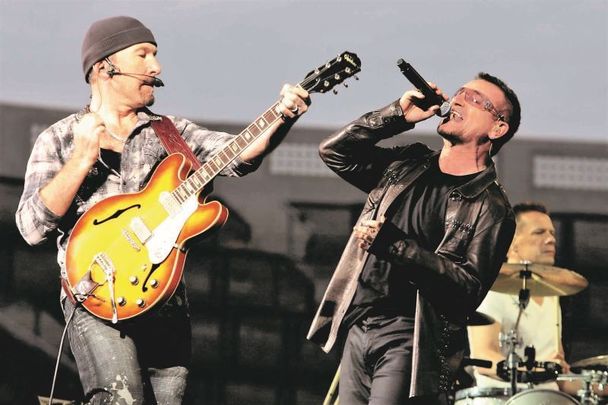 Ireland won’t be represented on the field for the postponed Euro 2020 soccer championships which will finally take place next month, but they’ll be there in song thanks to Bono and The Edge, the U2 stars who teamed with Dutch DJ Martin Garrix to create the official Euro song titled “We Are the People We’ve Been Waiting For.”

Bono and Edge were pictured last week in London, where they met with the superstar DJ – he’s got more than 15 million Instagram followers – to shoot a video for the new song which will be released on May 14.

The Sun revealed the news, and described the song as “an absolutely belting anthem which will raise spirits for the matches.”

Garrix was tapped in 2019 by Euro organizers to come up with a song for the tournament which happens every four years. “Martin adores football so this opportunity was massive for him, which is why he aimed for the very top when looking for collaborators,” a source told the Sun.

“He has spent months and months working on this song to make it perfect and once Bono and The Edge were on board, it hit new heights. Martin is known for his dance music but they have really turned it into a proper anthem. It’s incredible.”

Black masks didn’t disguise Bono or Edge from their fans in London. Edge was photographed signing autographs, instantly recognizable with his trademark beanie in place.