Planning a staycation in Ireland this year? These are the must-see spots in Galway, according to a local! 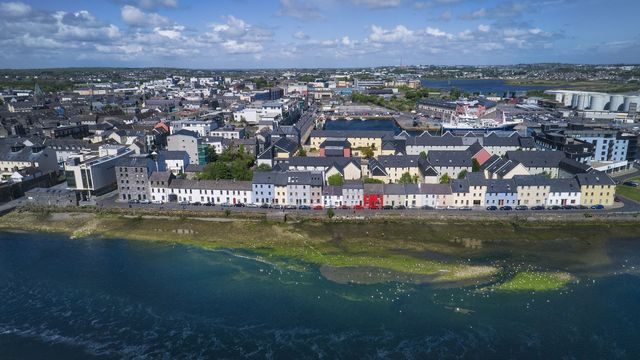 Galway city walls, from above. Getty

Top places to visit in Galway, according to a local! From a cup of tea to kicking walls, this is what the City of the Tribes is all about.

It’s the only city on the Wild Atlantic Way and next year it’s set to become the European Capital of Culture. Galway is a small city on the west coast of Ireland that consistently punches well above its weight and should be a “must-see” destination on any trip to the Emerald Isle.

Visitors to the City of the Tribes are consistently amazed by the sheer variety of entertainment on offer and energetic nightlife to be found in a city that has only about 80,000 inhabitants, but during the peak tourist season, it feels like so much more.

People love Galway for its bustling streets, its colorful characters, and entertainers, its thriving pub scene, but above all the friendliness of its people. It was voted the “friendliest city in the world” by a New York-based magazine two years ago – and who are we to argue!

Here, our man on the ground in Galway gives a personalized guide to ten hidden highlights of this vibrant city.

Oliver Cromwell’s forces used to roar “To Hell or to Connacht” when they ran Irish peasants out of their landholdings, but these days many people come to Galway for a week and decide that they want to stay forever! 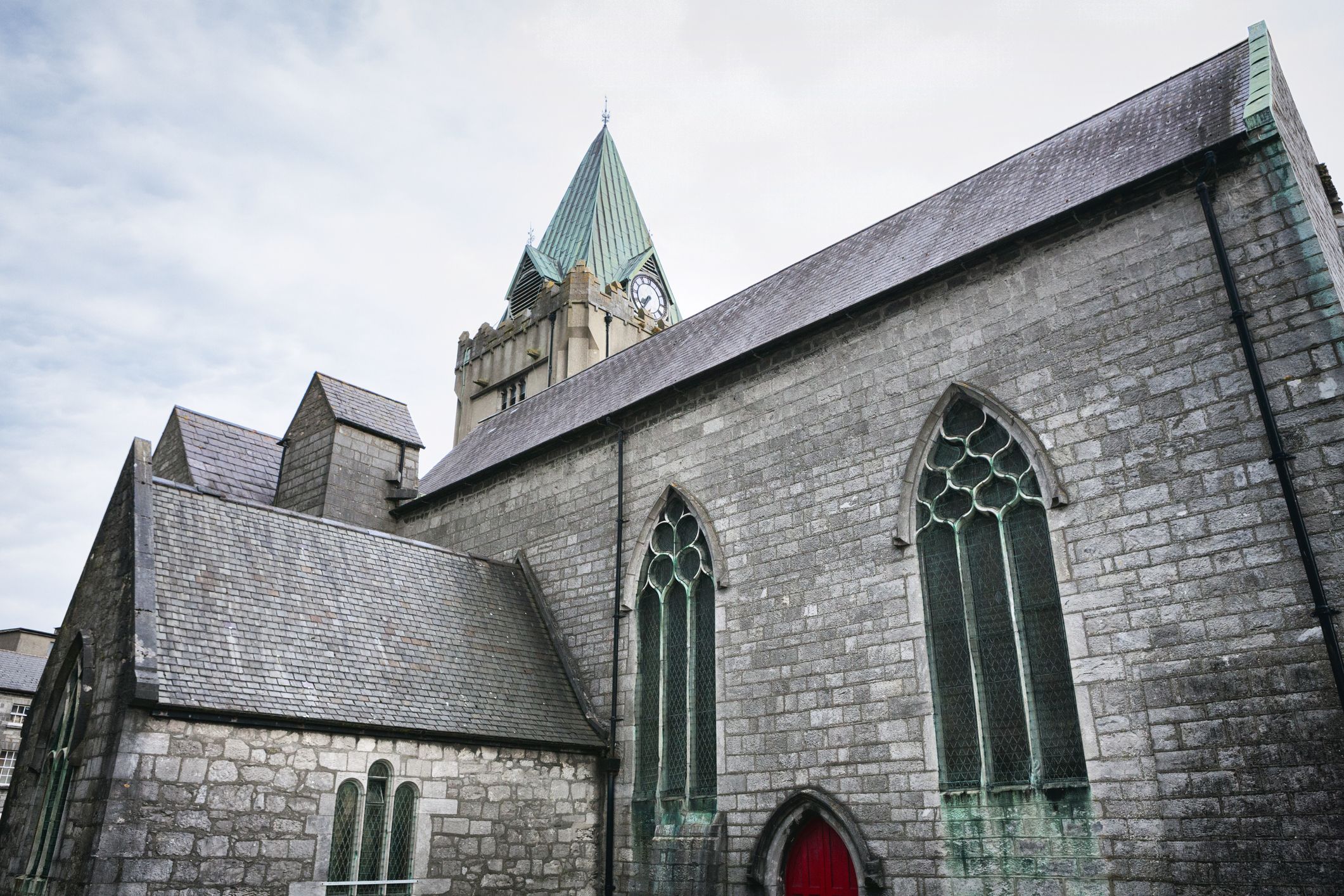 Collegiate Church of St. Nicholas in Galway, County Galway, Ireland. It is a medieval church founded in 1320 and is in regular use today. Image: Getty.

Almost every visitor to Galway gets to see the historic St Nicholas’ Collegiate Church in the heart of the city. Even if you have no interest in this beautiful 14th-century building, it’s right next to the bars, buskers, and shops on the bustling main pedestrianized thoroughfare between Eyre Square and the Spanish Arch. Famously, Christopher Columbus worshipped here in 1477, before going on to “discover” the New World. He stayed over what is now the Ti Neachtain public house on Quay Street.

In 1652, after a nine-month siege, the city was seized by the hated Cromwellian forces who used the cathedral as a stable for their horses to insult the locals. Cromwell’s soldiers also disfigured the faces of all but one of the angels in the former Catholic Church. If you visit, see if you can find the only angel in the church still in possession of a face – no wonder he has a big smirk on his face!

It may be hard to believe now that the sprawling city of Galway was once surrounded by walls, to keep the native Irish out, and ruled by just 14 families who were known as the tribes. Visitors in the 21st century are surprised to discover that almost all of the city’s walls have been destroyed. But the walls belonged to the colonizers – they were built to keep the native Irish out.

Amazingly, the best-preserved part of the old Galway City wall is contained within a shopping mall. When workmen were constructing the Eyre Square Shopping Centre in the 1980s, they came across a large section of the old wall, complete with towers, which had been left derelict for so long that the natives had forgotten about it! Why not pay a visit to visualize how the colonizers used to hurl abuse (or various objects) at the pesky Irish peasants if they dared to approach their beloved town!

The scene of the first ‘Lynch mob’ 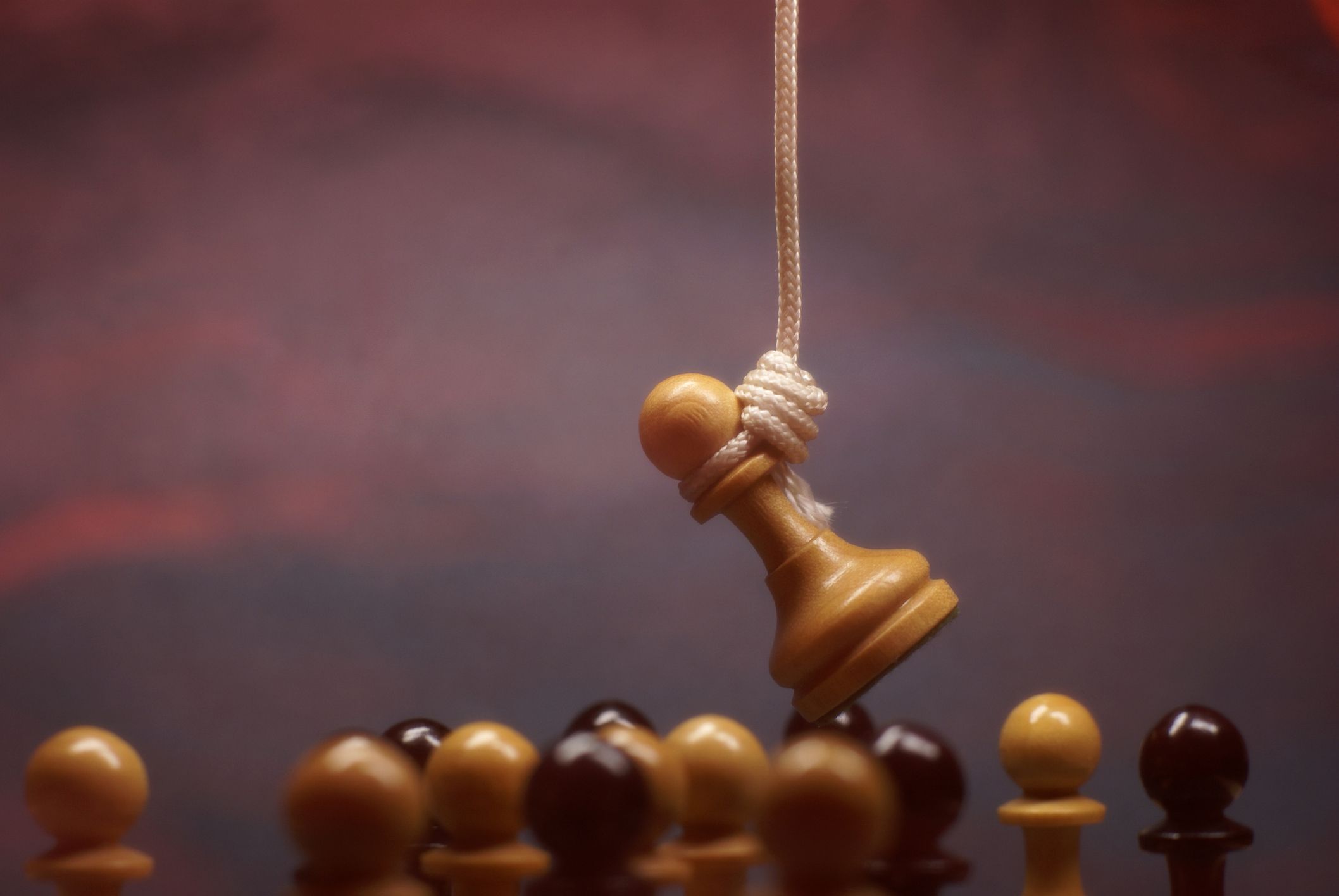 One street to the west of the city’s pulsating main drag, you may be surprised to find yourself alone at a strange-looking old window which backs onto St Nicholas’ Church. It was at this exact window in 1494 that Mayor James Lynch hanged his own son, Walter, for the murder of a young man from Spain. The good citizens, in shock, assembled under the window to watch the hanging of a very popular and outgoing young man. Lynch was determined that justice was imposed without favor in his town.

Walter had killed his friend, Gomez because he was jealous of his love for a Galway girl called Agnes. Hence, the city of Galway gave the terms “lynch mob” and “lynching” to the English language from that day. Notice the skull and crossbones under the window and remember not to fall foul of the locals if you visit the city and fall in love with a beautiful Galway girl! 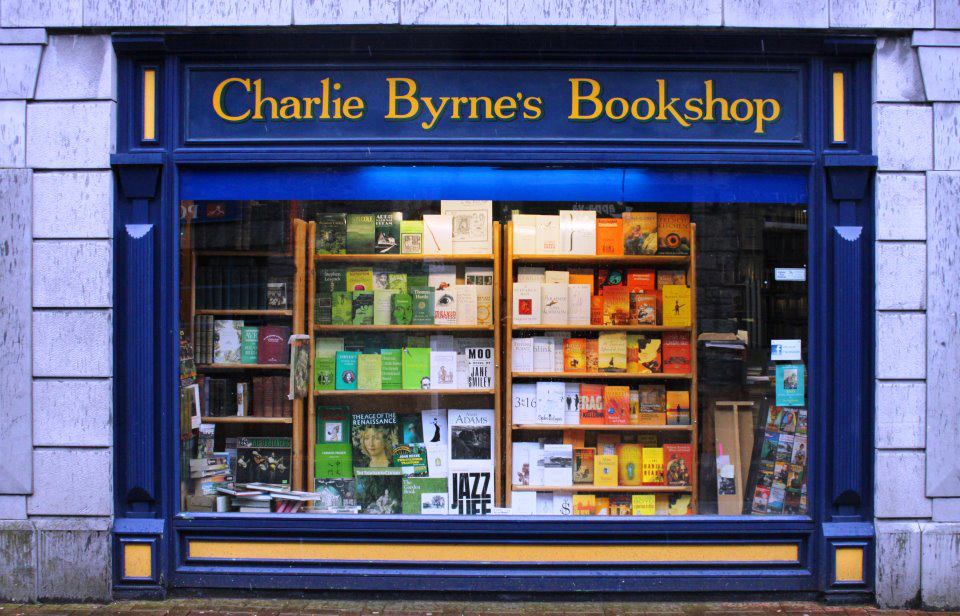 Believe it or not, it does rain sometimes in Galway. From piddling to pouring, and drizzling to lashing, the locals seem to have a term for every conceivable outpouring from the heavens.

Fear not, though, because the best independent book store on the entire island of Ireland is nestled in the heart of the city center, just one street away from the buzz of Shop Street and High Street.

At first glance, Charlie Byrne’s is not such an imposing building. But venture inside, explore its nooks and crannies, and you will soon be overwhelmed by both the sheer variety of books on offer and the infectious enthusiasm of manager Vinny Browne and his hard-working staff.

Voted the Best Independent Bookshop in Ireland earlier this year, there is no better place to pick up your holiday reading or a gift for a loved-one back home. It’s located on Middle Street.

A stroll by the riverside 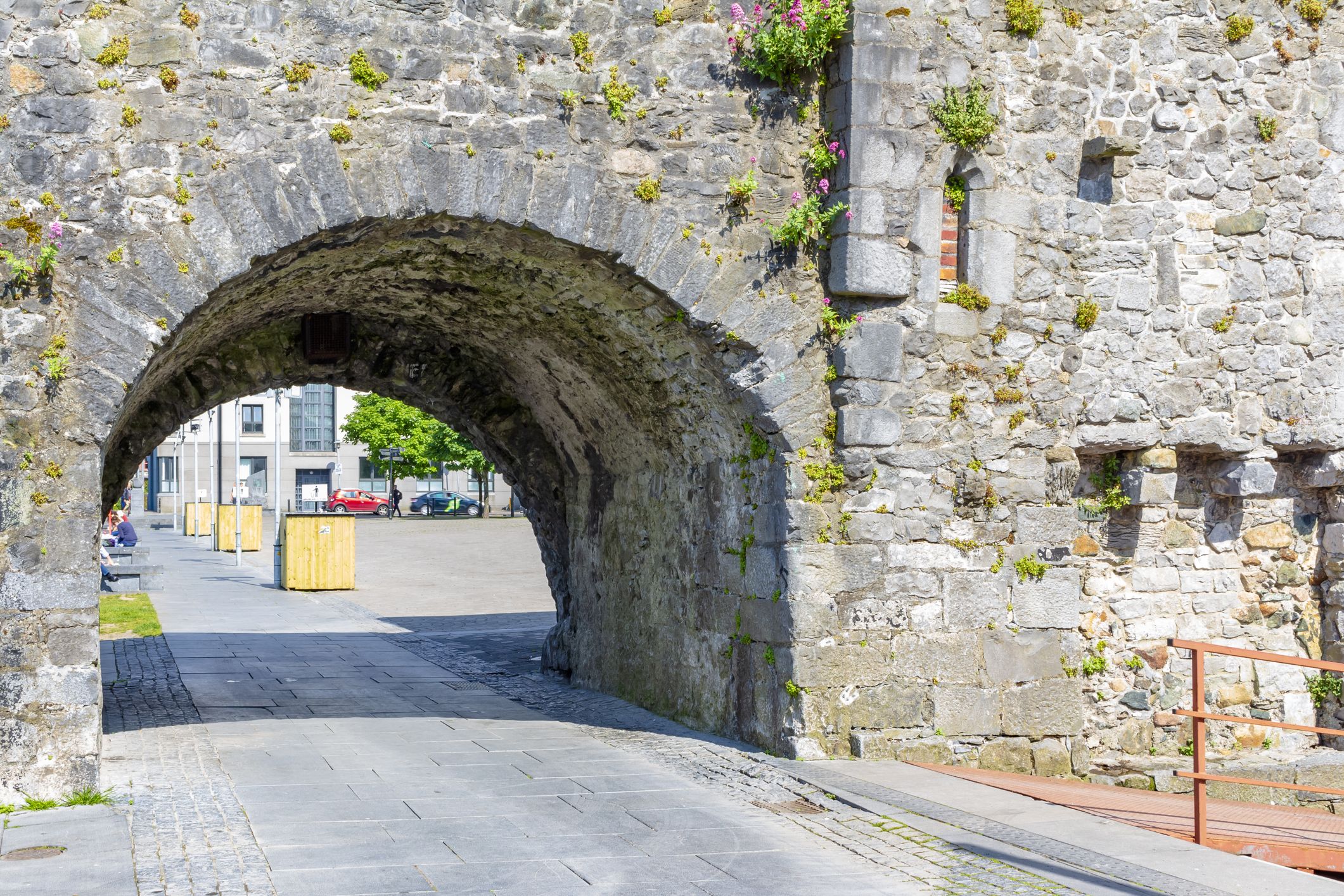 The city was originally founded as a strategic settlement by the mouth of the River Corrib and its waterways have always been central to the life of the city. On a warm summer’s evening, you will find hundreds of young people soaking up the atmosphere by the Spanish Arch, but you can venture much further upstream to get a real taste of the city’s history.

Cross the O’Shaughnessy foot-bridge, and notice its uncanny resemblance to the iconic Golden Gate Bridge in San Francisco. That’s because it’s named after the NUI Galway graduate who emigrated to the United States and oversaw its construction in 1912.

Follow the river upstream through the sprawling NUI Galway campus to enjoy spectacular views of the historic Menlo Castle, on the opposite bank of the Corrib. You will be amazed by how peaceful the river walk at Dangan can be after leaving the bustle of the medieval city center streets.

A cup of tea at Katie’s Cottage

Hard to believe now, but the Irish-speaking fishing village of the Claddagh was outside the city for many years and its residents were forbidden from passing through the old city walls.

A sign even used to tell the “Ferocious O’Flahertys,” the most notorious clan in Connemara, that they were not wanted in the City of the Tribes.

The Claddagh once had its own king, laws, and customs. In the 1930s, just a few years after Ireland gained independence from Britain, a deadly outbreak of TB saw the new Free State Government demolish all of the stonewashed cottages which gave this fiercely proud village its unique character. Two years ago, local resident Mike Walsh lovingly built a thatched cottage which is an exact replica of those which were destroyed. He has built a little museum, shop, and tea room out the back and the Irish art of storytelling has been revived around the open fire. Call in for a cuppa’!

If you took a walk through Galway a decade ago, you would hardly find one public acknowledgment of the terrible famine which took a million lives in the 1840s and prompted another two million to seek out new lives on the other side of the Atlantic.

The West of Ireland suffered more than any other region during those terrible times and, for the people of Galway, the memories of British colonization, injustice, and indifference were too painful to recall.

Until a man called Mark Kennedy came along. After years of campaigning, Mark opened a famine memorial park on the seafront between Salthill and the Claddagh. It honors the people who set sail from Galway Bay on a hundred ships, fleeing desperate poverty and starvation, between 1847 and 1850. It also honors a little girl called Celia who died of starvation on the streets of Galway in those terrible times.

Mark has made sure we never forget our history and you can read Celia’s harrowing story at the entrance to this park. The park reminds us that the Irish were the world’s most desperate refugees, fleeing poverty and crossing borders, less than two centuries ago.

Nightlife in Galway city is so infectious that you can even find a lively music session on a wet Monday night in November if you are so inclined. Many Irish visitors come for long weekends just to party in the city center bars and clubs and neglect the more sedate seaside village of Salthill during their nocturnal ramblings.

Which is a pity, because this suburb has a wonderful charm of its own. The 436 million people who have viewed Ed Sheeran’s ‘Galway Girl’ video (at the time of writing!) might like to know that the most memorable pub scenes were filmed in the family-run O’Connor’s Bar in the heart of Salthill. Go there for the traditional music, get lost in the unique décor, atmosphere, and ambiance of the place, and you won’t want to go home!

A haven of tranquillity 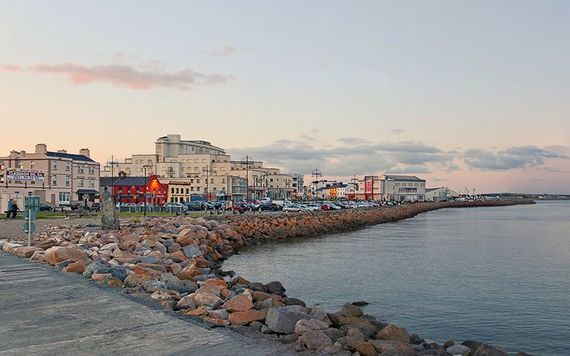 At least one walk along the Salthill prom, with its fantastic views of Galway Bay, should be on everyone’s bucket list. But be careful not to miss a gorgeous little park, tucked in between two of the resort’s hotels, which celebrates how the worst tragedies in life can sometimes be transformed into things of beauty.

A Galway couple, Martina and Denis Goggin, suffered every parent’s worst nightmare when their only son Eamonn was killed in a car crash in 2006. They channeled their grief into setting up the beautiful Circle of Life Park next to the promenade, which is now Ireland’s National Organ Donor Commemorative Garden.

Every year, the families of people who have donated or received organs gather in celebration. And it’s also one of the most peaceful places in Galway City, a very special haven right beside the sea. 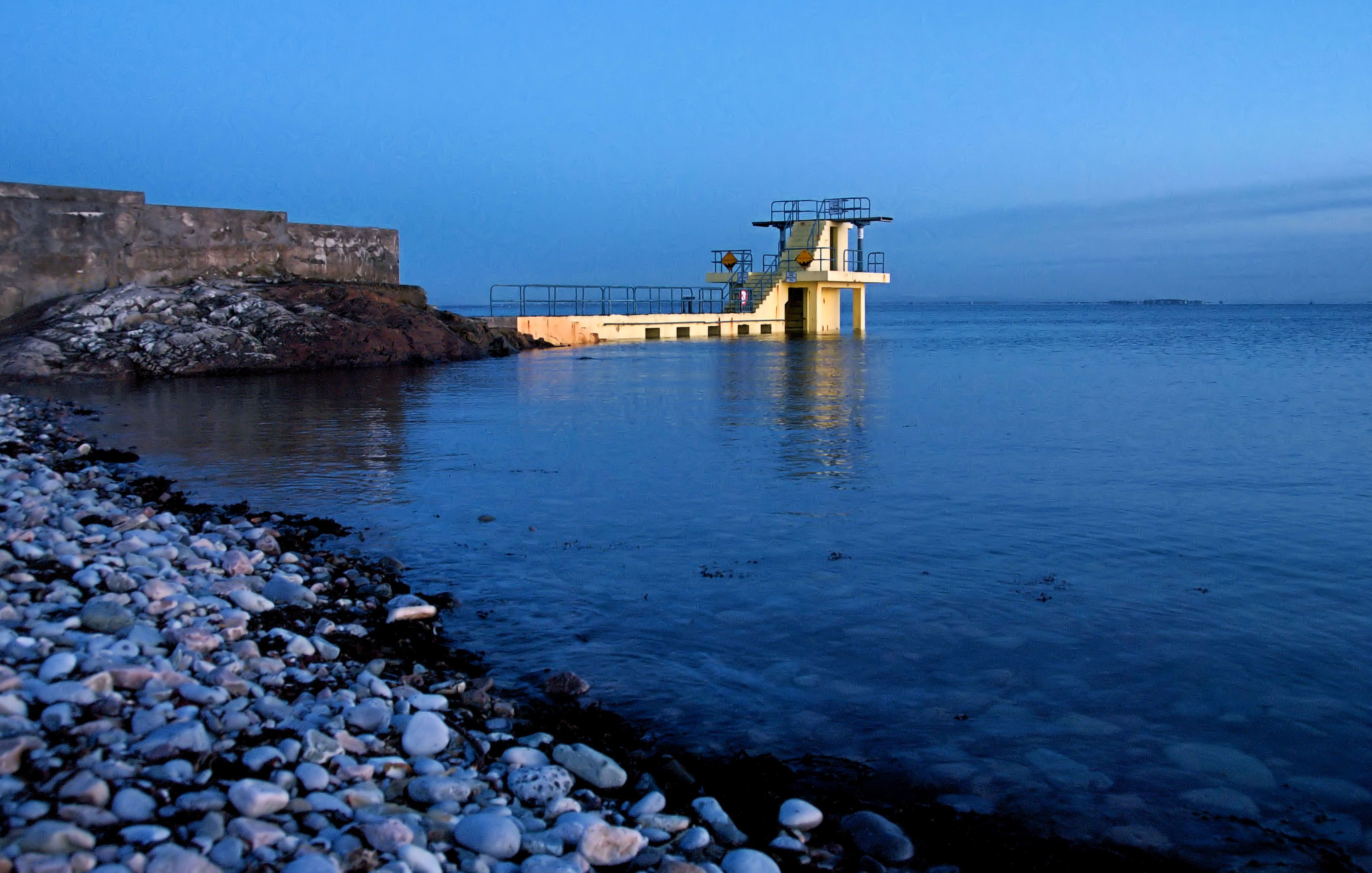 You haven’t visited Galway if you haven’t walked the Salthill prom, with its views of the Clare Hills and Galway Bay, and you are not a true Galwegian unless you kick a particular stone wall near the Blackrock diving tower.

Kicking the wall at the half-way point of a walk, before turning back, is a tradition that goes back through the generations. It’s said to bring good luck. In 2012, someone came up with the bright idea of putting a collection box for charity at the “kicking wall.” You don’t have to make a donation, but you do have to give the wall a good kick if you want the locals to think you are a true Galwegian!

*Ciaran Tierney won the Irish Current Affairs and Politics Blog of the Year award at the Tramline, Dublin, in October 2018. Find him on Facebook or Twitter here. Visit his website here - CiaranTierney.com. A former newspaper journalist, he is seeking new opportunities in a digital world.