A new documentary examines the banning of the Dubliners' iconic song "Seven Drunken Nights" by Ireland's national broadcaster RTÉ due to the song's sexual content. 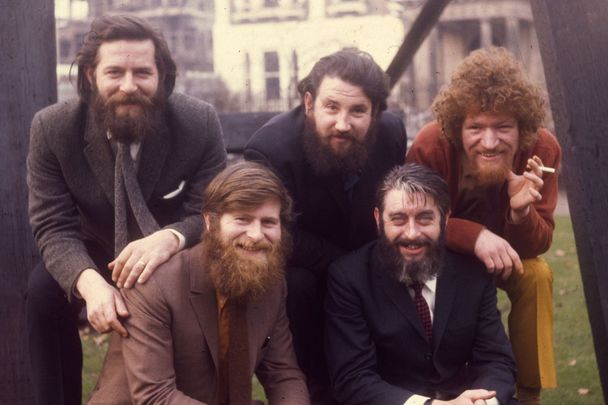 The Dubliners pictured in 1970. Getty

A new documentary examines how the Dubliners' iconic song "Seven Drunken Nights" was once banned by national broadcaster RTÉ because of its sexual nature.

Released in 1967, the song proved enormously popular in both Ireland and the United Kingdom after it was banned by RTÉ due to its raunchy content.

It became a regular feature on the popular pirate radio station Radio Caroline and charted at number seven in the UK singles charts, while it jumped to number one in the Irish charts. The Dubliners also performed the song on Top of the Pops.

The song, which takes place over seven nights, follows a husband who returns home drunk from the pub to find his wife in bed with another man. On each occasion, she comically invents a wild story to throw her unsuspecting husband off the scent.

The song's sexual content saw it banned by the national broadcaster in an era dominated by Catholic conservatism.

"Cosc - Seven Drunken Nights" aired on Tuesday night on RTÉ One and examined the banning of the famous song.

The 1960s were swinging in progressive places like London or San Francisco, where the "Summer of Love" had taken hold by the time "Seven Drunken Nights" was released in 1967. However, Ireland was a drastically different place that was still under the thumb of a nanny state and church that viewed any discussions about sex as immoral and sinful.

Thus, the story of a drunken husband coming home to an adulterous wife was simply too controversial at the time, with many listeners finding the song offensive.

"In 1967 Ireland or parts of it were living in the ’30s when you couldn’t mention such things as S.E.X…..you could spell it but you certainly couldn’t say it," Dubliners frontman Ronnie Drew once said.

The band was secretly delighted by RTÉ's decision to ban the song due to the enormous publicity that the story generated and they even penned a letter to then-Taoiseach Jack Lynch asking him to intervene by forcing RTÉ to lift its ban.

The publicity led to the Dubliners topping the charts in Ireland, while they also played at the iconic Royal Albert Hall in the United Kingdom off the back of the song's success.

"I’m sure whoever was responsible in Radio Éireann would say now weren’t we terrible gobshites," Ronnie Drew said.