Originally from Belfast, Damian McElgunn has produced his first short film, which explores how a Vancouver native became a fluent Irish speaker. 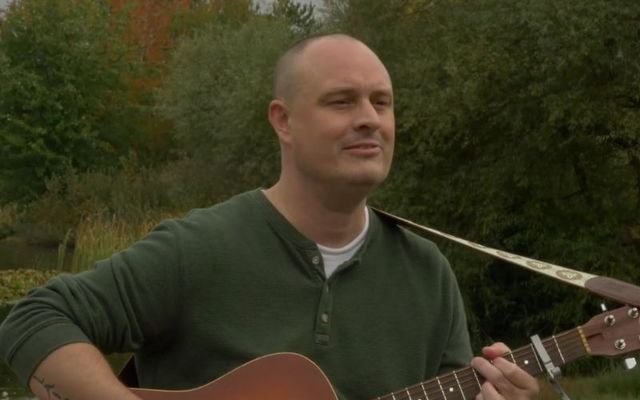 An Irish filmmaker in Canada has made a new short film in the Irish language as he attempts to highlight Irish speakers in Vancouver.

Originally from Belfast, Damian McElgunn moved to Vancouver more than 20 years ago and has always had an interest in film and the Irish language.

A self-employment recruiter by trade, McElgunn found himself with more time on his hands due to the outbreak of the COVID-19 pandemic and took on a full-time course in documentary filmmaking as the world came to a standstill.

McElgunn said that he wanted to make a focus on the Irish language for his first short film "Idir Muir agus Spéir" (Sea to Sky), which was released ahead of St. Patrick's Day in March.

The five-minute film follows David McCallum - a Canadian-born singer who has become fluent in the Irish language from his studies in Canada.

McCallum plays two songs in Irish during the short film and explains how he fell in love with the Irish language. The Vancouver-based musician has distant Irish links on his mother's side and said that he became engrossed in the language during a trip to Donegal several years ago when he saw Irish on roadsigns and heard people speaking fluently in local pubs. It quickly became an integral part of his identity.

McElgunn has a similar story. Born in Northern Ireland, the Irish filmmaker didn't learn Irish when he was growing up due to a lack of access and opportunities.

Instead, he became immersed in the language after he moved across the Atlantic, learning all he knows from Mike Kelly - a fluent Irish speaker from Kerry who lives in Vancouver.

McElgunn hopes that Kelly will one day become the subject of one of his short films.

"He's a native Irish speaker in his mid-80s and he's a really interesting guy," McElgunn said. "He's funny, he's got great stories, and he's helped out so many people in the Irish language."

Prior to the COVID-19 pandemic, two different Irish conversation groups in the city regularly drew crowds of 20 or 30 people, while Irish musicians, dancers, and even yoga instructors have incorporated the language into their work.

"It's kept that connection with being Irish and being from Ireland, which can be difficult," McElgunn said. "On a day-to-day basis most people get on with their lives, but this is a bit of community for people so they don't feel so far away."

McElgunn hopes to make a series of Irish language short films exploring the lives of the Irish diaspora in Vancouver.

"It's a good way to tell their story," he said.

He said that his own fluency is currently "strong intermediate" and hopes that he can improve his Irish with every film he makes. He also hopes to spread Irish through North American communities.

"In some ways, it can be an inspiration to people here that they can learn it and become fluent like David McCallum did," he said, referencing the wealth of online Irish courses that have become available during the pandemic.

McElgunn is currently looking for funding to help him record these stories and said that he also hopes to demonstrate the importance of the Irish language to people in Ireland.

"It shows that people who come away from Ireland keep the Irish language and are still able to use it."