"Wolfwakers," now on Apple TV+, looks as though a Studio Ghibli movie has met up with the Book of Kells in the best ways possible. 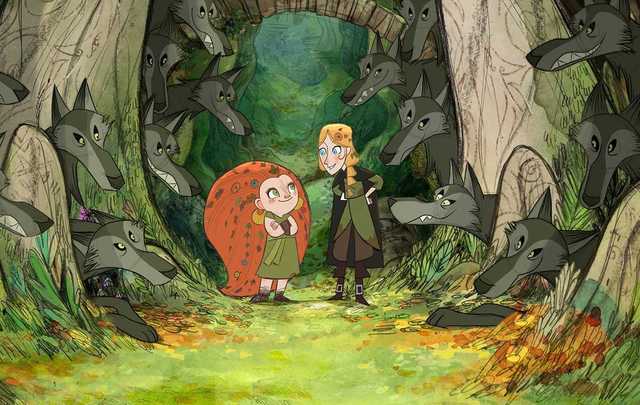 "Wolfwalkers," set in Ireland in 1650, is the magical new Irish animated film about the world of the fairies coming into conflict with the world of men

Looking as though a Studio Ghibli movie has met up with the Book of Kells (and I mean that as an extraordinary compliment), "Wolfwakers" is a masterpiece from start to finish.

At the start, we meet young Robyn Goodfellowe, the young English girl who has moved to Ireland with her father, whose job is to wipe out the last wild wolf packs.

But whilst exploring in the forbidden forest outside the city walls, young Roybn meets and befriends a free-spirited local girl called Mebh, a fiery redhead who turns out to have the magical ability to transform into a wolf by night.

As they search for Mebh’s missing mother, Robyn discovers a secret that draws her into the enchanted Irish world of the wolf-walkers, but her secret risks turning her into the very thing her father is tasked to destroy.

And it's finally here - WolfWalkers on @AppleTV

What makes directors Ross Stewart and Tomm Moore's film so special is its artistry, its reverence for and attention to rhythms and textures of the natural world, and its understanding of the riotous world of childhood, where anything can happen and often does - and its feel for magic. This breathtakingly beautiful film has Oscar written all over it.

You can watch the trailer for "Wolfwalkers" on Apple TV+ here: