"Wolfwalkers" comes from the Oscar-nominated Irish animation studio behind "Song of the Sea" and "Book of Kells." 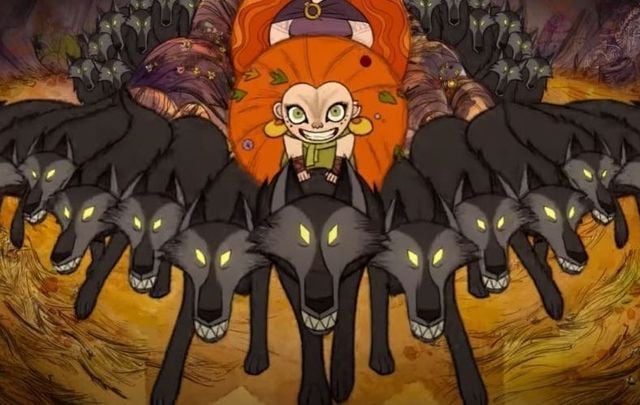 “Wolfwalkers,” the latest animated project from Oscar-nominated Irish animation studio Cartoon Saloon, is set to debut at the Toronto International Film Festival on September 12 before heading to Apple TV.

A trailer for the new family-friendly movie, which is the first animated feature for Apple TV, was released on September 8.

The film is expected to be available on Apple TV sometime after it debuts on September 12 during the opening night of the Toronto International Film Festival (TIFF), where it is an official selection. Customers in Canada are able to buy tickets to screen the movie online from that date.

"Wolfwalkers" is co-produced by the Irish animation studio Cartoon Saloon, who also produced "The Secret of Kells," "Song of the Sea," and "The Breadwinner," all of which received Oscar nominations. Tom Moore and Ross Stewart direct the film.

Cartoon Saloon says: "'Wolfwalkers' follows Robyn Goodfellowe, a young apprentice hunter who journeys to Ireland with her father in a time of superstition and magic to wipe out the last wolf pack.

"While exploring the forbidden lands outside the city walls, Robyn befriends a free-spirited girl, Mebh, a member of a mysterious tribe rumored to have the ability to transform into wolves by night.

"As they search for Mebh’s missing mother, Robyn uncovers a secret that draws her further into the enchanted world of the “Wolfwalkers" and risks turning into the very thing her father is tasked to destroy."

TIFF says: “The final installment in directors Tomm Moore and Ross Stewart’s 'Irish folklore trilogy' is a stunning testament to their singular animation style and storytelling skills. With visual references to pre-Celtic imagery and Studio Ghibli alike — and some catchy songs — 'Wolfwalkers' is an instant classic for all ages.”

You can watch the trailer for “Wolfwalkers” here:

Read More: New Irish films to check out this fall