In "Ammonite," Saoirse Ronan and Kate Winslet portray two women who engage in a "passionate and all-consuming love affair" in 1840s England. 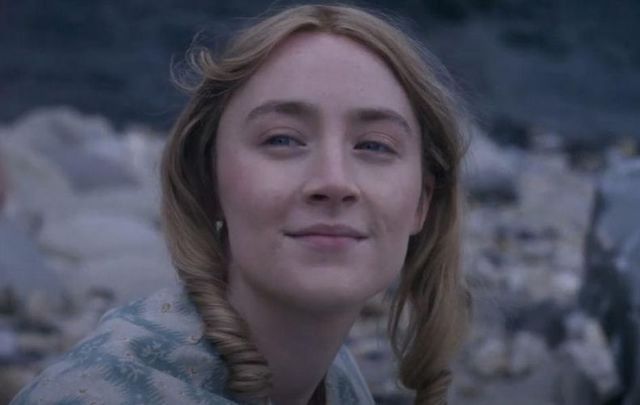 The film, written and directed by Francis Lee, was one of the official selections for the 2020 Cannes Film Festival as well as the Telluride Film Festival, which were both canceled in light of the coronavirus pandemic. "Ammonite" will now debut next month at the Toronto International Film Festival, which runs from September 10 -20.

Check out this trailer for "Ammonite" here which was released on August 25:

Though already receiving critical accolades, the film is not without controversy as there is scant evidence that Mary Anning was gay.

In March 2019, The Telegraph quoted one of Anning’s distant relatives, Barbara Anning, as having written in an online forum: “I believe if Mary Anning was gay she should be portrayed as gay and this should also be by a gay actress. But I do not believe there is any evidence to back up portraying her as a gay woman… I believe Mary Anning was abused because she was poor, uneducated, and a woman. Is that not enough?

“Do the film-makers have to resort to using unconfirmed aspects to somebody’s sexuality to make an already remarkable story sensational? Imagine the shame and embarrassment this woman would be feeling right now to actually have her private sex life discussed and played out on screen. This adds nothing to her story.”

However, another one of Anning’s distant relatives, Lorraine Anning, told The Telegraph: “I think it might be to make her more attractive. The fact she was a loner, an independent woman, in today’s times that could mean something different.

“To be honest, it doesn’t matter; as long as it’s well presented and tastefully done and in the spirit of Mary Anning, then I think it’s brilliant.”

In response to The Telegraph's article, writer and producer Francis Lee said in a Twitter thread on March 17, 2019: "After seeing queer history be routinely ‘straightened’ throughout culture, and given a historical figure where there is no evidence whatsoever of a heterosexual relationship, is it not permissible to view that person within another context...?

He added: "Would these newspaper writers have felt the need to whip up uninformed quotes from self proclaimed experts if the character’s sexuality had been assumed to be heterosexual?"

Later, in June, Lee said that the film is "not a biopic, it's just inspired by [Anning's] life."

Previously, in January 2019, Ronan told The Times: “You know, if I could tell my eight-year-old self, who watched Titanic nearly every single night before she went to bed, that one day she was going to get to kiss the face off Kate Winslet, she would be very delighted indeed!”

"Ammonite" arrives in US theaters on November 13.