COVID-19 has put a kibosh on Saorise Ronan's newest movie, although they did finish it before lockdown. 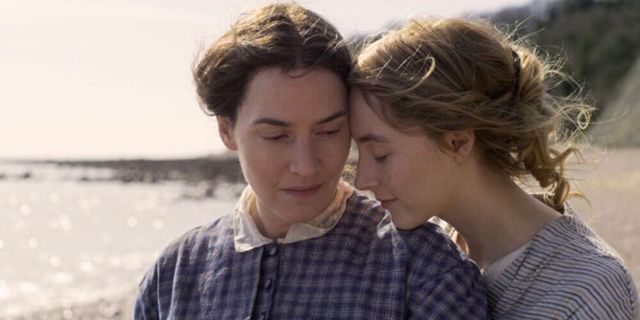 A new movie, Ammonite, starring Kate Winslet and Irish star Saoirse Ronan should be premiering in Cannes but due to COVID, it's all been delayed.

Saoirse Ronan – she’s been based in Scotland during the pandemic – should have been living it up at the Cannes Film Festival last month, debuting her new film Ammonite which co-stars Kate Winslet.

Saoirse, a four-time Oscar nominee, doesn’t star in stinkers, so Ammonite would have surely been well received by the critics.  She and Winslet star as a lesbian couple in the 1840s; the film is inspired by Mary Anning, a famed English paleontologist.

Director Francis Lee managed to complete the film just before the world went into COVID-19 lockdown. He’s proud of the end result, he told Entertainment Weekly during a recent interview.

"It’s not a biopic," he said.  "It’s just inspired by her life.  I was incredibly lucky to work with Kate Winslet and Saoirse Ronan, and they play two women who develop an intense and intimate relationship.

"I was very drawn to that period because of this wonderful research into same-sex female relationships of the period that is all very well documented with letters to each other, demonstrating wonderful, life-long, passionate, intense, emotional relationships," he added.

"And I was fascinated to set this film in a period that was totally patriarchal and where women were completely owned by their fathers or their husbands, and looking at how they live within that world, and also in a world where, at that time, the medical profession believed that women had no sexual-pleasure organs. So, the idea of two women actually in a relationship together was just not a thought anybody ever had within society."

Given the uncertainty over the coronavirus and if it will rear its ugly head in a second wave, a release date for Ammonite is uncertain.  Maybe it will drop at one of the many fall film festivals, but who knows at this point if they’ll even go ahead.

Read more: Movies to watch before you visit Ireland

Here's some footage of the filming of Ammonite: