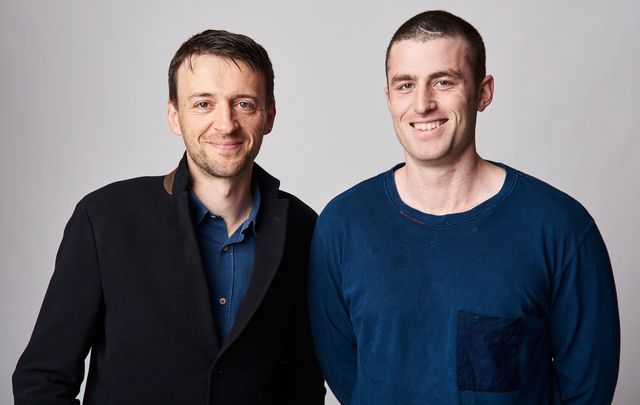 The Irish film industry has a friend in Asbury Park, New Jersey, and her name is Diane Raver. She is the founder of the Garden State Film Festival (GSFF).

Every spring she brings to the Jersey Shore films from all over the world and has a special affection for ones from the Emerald Isle. Raver tells IrishCentral that the GSFF got its start in 2002 after she had a chance encounter in a Sea Girt grocery store with the late actor Robert Pastorelli.

“It occurred to me,” she says, “that there was no annual celebration of the legacy New Jersey plays in the film industry. It was born in Thomas Edison’s lab in Menlo Park, was enhanced by the 49 film studios in Fort Lee at the turn of the century and continues each year with the hundreds of films shot each year in the Garden State.”

Her love of her home state also was a factor in the creation of the GSFF. “Our beloved seacoast town Asbury Park had fallen into urban decay,” Raver says. “It was my cultural Mecca as a child and there was talk of knocking down the historic Paramount Theater—a 1600 seat movie palace. Not while there is a breath left in my body!”

In the past, Raver has traveled to the Cork Film Festival and scouted films around Dublin. “Ireland has an incredibly vibrant film community,” Raver maintains. “The Irish Film Board is one of the most active film boards in the world. Their support and appreciation for the vocations they encourage and the economic vitality it generates each year is incredible.”

In the past, Raver has presented such award-winning shorts such as “Bye Bye Now” (about the demise of the Irish Telephone boxes in the countryside), “Volkswagen Joe,” “Handsome Devil” and many more.

Topping Raver’s list this year is the critically acclaimed “Black ‘47,” and a short documentary, “Portrait of the Millner As Yer Man Himself.”

“Both were chosen,” says Raver, “from among the thousands of entries we receive each year. Our call for entries opens every year on June 1 and closes on December 1. This year we will present 247 films from 22 countries over five days in 10 venues.”

“Black ‘47” is set in Ireland during the Great Famine. The drama follows an Irish Ranger who has been fighting for the British Army abroad, as he abandons his post to reunite with his family. Despite experiencing the horrors of war, he is shocked by the famine’s destruction of his homeland and the brutalization of his people and his family.

The film was shot on location in Wicklow, Kildare and Connemara. It stars Hugo Weaving, James Frecheville, Stephen Rea and Freddie Fox. In 2018 it grossed over $1.13 million (€1 million) in Ireland, collecting an astounding $502,000 (€444,000) its first weekend, breaking the record that “Brooklyn” set in 2015.

“Portrait of the Milliner as Yer Man Himself” is a documentary making its American premiere at the GSFF. It is about a renowned Irish hat-maker who demonstrates his skills in a Dickens-era workshop and later emerges onto the streets of Dublin as the living spirit of James Joyce.

“John Shevlin is one of Ireland’s finest milliners,” says producer/director Godfrey Jordan, “a hat-maker who uses flame-powered machines built in the 1800s. He is also the official lookalike for ‘yer man himself’ at the James Joyce Centre, Dublin. His Joyce persona gets national press coverage every June 16 —Bloomsday—named after Leopold Bloom, the main character in Joyce’s renowned novel ‘Ulysses.’”

(trailer) - Portrait of the Milliner as yer man himself from Godfrey Jordan on Vimeo.

Portrait of the Milliner is one of a series of films in the James Joyce Documentary Project which Godfrey Jordan initiated and premiered in Dublin last year during the Bloomsday Fringe Festival. The project is intended to provide a platform for filmmakers, graphic artists, writers, poets and performance artists to exhibit their work exploring the life, times and influences of one of the most significant authors of the 20th century. And to demonstrate that Joyce’s underlying influence continues to this day.

GSFF is a New Jersey Non-Profit organization. The festival takes place this year from March 27-31.  A weekend pass is $50 if purchased online and includes absolutely everything including the Special Sopranos Documentary, Panel with Sopranos Stars & Book Signing Screening Wednesday Night March 27—Meet The Filmmakers Event Thursday night where the trailers of the upcoming films are screened, Friday Night Gala Cocktail party with red carpet,  and screening of “The Bird Catcher” as well as the rest of the weekend’s screenings, panels and parties. Find all the information you need at https://www.gsff.org/