Review: “Black 47” movie is a must-see for Irish Americans who value their history and heritage

“Black 47” delivers an amazing insight into Ireland and the struggle during the worst of the Famine years. 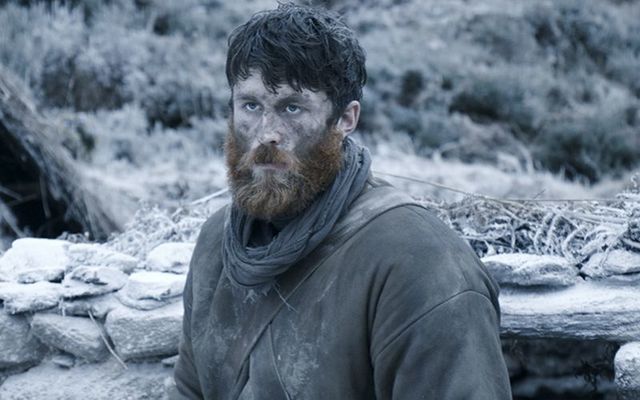 A movie that shows how the British ensured the Irish would never forgive or forget the Great Hunger."Black 47" is essential viewing for any Irish American.

"Black 47" the movie is set for late September release in the US.

It is the first Irish western with a Clint Eastwood-like figure named Feeney exacting terrible revenge on a British landowner and his Irish lackeys for their dreadful deeds during the famine years, 1842 to 1849.

It is reminiscent of “Inglourious Bastards,” the Tarantino move that constituted a Jewish revenge fantasy on the Nazis for their pogroms. Now the Irish get their turn to wreak havoc on Perfidious Albion.

“Black 47” keenly portrays the defenseless Irish who starved and emigrated in their millions during the Famine years as the British washed their hands with some notable exceptions.

It shows them as real people, no longer dim figures from history but people who underwent the consequences of the greatest disaster of the 19th Century.

What makes this movie so important, however, is not the plot or the actors, but the settings. We can only imagine what Ireland looked like in the time of Famine. For the first time, the movie recreates that landscape for us.

The horrific eviction of Feeney's relatives is enacted with all the raw hatred and viciousness that must have accompanied the real thing.

We see the squireen, the Irish hired hand of the landlord, who does the dirty work, having his men climb on the roof and tear the thatch apart while the shivering family cowers inside and soldiers stand guard to prevent locals intervening.

There was no quarter given, thrown out in the roadside in the dead of winter to freeze or starve depending on conditions.

Meanwhile, as the film makes clear, there was tons of food being exported to Britain daily while Ireland starved.

There were also the soup kitchens, the owners of many of which demanded the starving family convert to Protestantism before they were fed.

In one of the finest recreated moments of the movie, the priest appeals to his parishioners lining up at the soup kitchen entrance, not to go in. But what are the starving people to do?

Feeney is the avenger, the former British soldier back from Asia who finds his family starved and shot to death. He begins an odyssey heading west to exact retribution on those who caused those deaths,

Across the wondrous Connemara plains and mountains, he rides on his black horse dealing death. His targets are beautifully etched, the man who ordered the eviction, Lord Kilmichael himself at the very top. 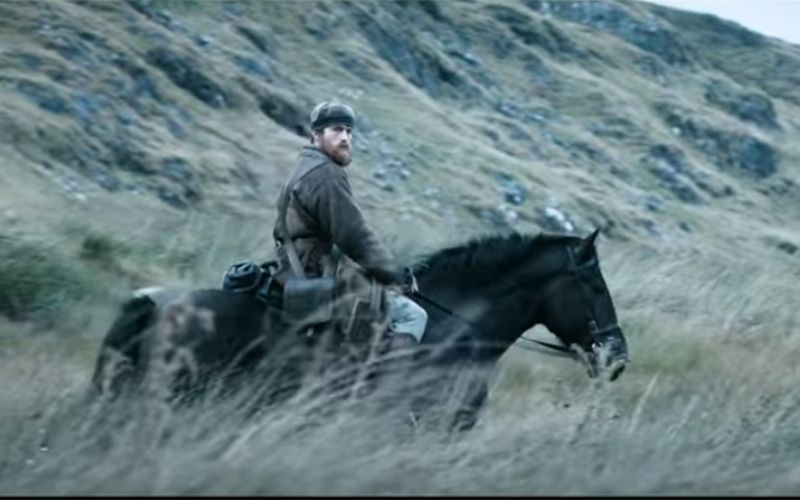 The wilds of Ireland are a showstopper in Black 47. Image: YouTube/Wildcard Distrubution.

His mission almost ends before it begins but he shoots up a barracks and escapes. In pursuit comes a former English soldier who knew Feeney well, last name Hannah, played wonderfully by Hugo Weaving.

Into the west also goes Hannah accompanied by a spit-and-polish British captain of the guard, known ironically as Pope, and their horse minder Hobson played beautifully by Barry Keoghan.

It is Stephen Rea who becomes the scene stealer, however, playing Conneely, the sleveen (trickster) of a village they pass through who sells them information on the pale horseman who recently rode through. 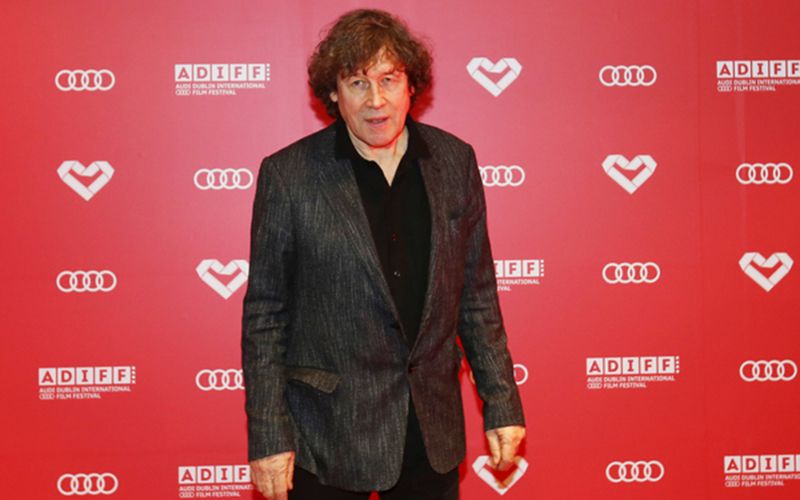 He tells Lord Kilmichael the English are not wanted here and to go home. Later. Kilmichael says he is home in a sort of way and the Irish don't appreciate the beautiful scenery. You can't eat scenery responds Conneely. The silence that follows speaks multitudes.

Feeney becomes more not less mysterious as time passes, silent, god-like in his ability to show up at the point of most danger and make some miraculous escapes. Australian actor James Frecheville captures the brooding presence, the coiled spring ready for action, the laconic words. Like Clint Eastwood he lets his weapons do the talking.

The incredible power of the film comes from its brave decision to set it against the backdrop of the Famine. Incredibly there is no other film made examining that topic.

The movie will give every Irish American an insight into where their history begins, on coffin ships in Black '47, the worst year of the famine, as a million fled to America.

It is a must-see movie for those who value their heritage and history. In that dreadful genocide was the seed of the Irish nation that would spread worldwide. By exacting such a price on starving people the British unwittingly ensured their survival as a worldwide diaspora. That is the ultimate irony.

Are you interested in seeing a movie set in the time of the Irish famine? Let us know your thoughts in the comments section, below.