The Irish famine movie director Lance Daly was amazed that this period in Irish history that had such a significant impact on the nation was not looked at through film before. Now he understands why. 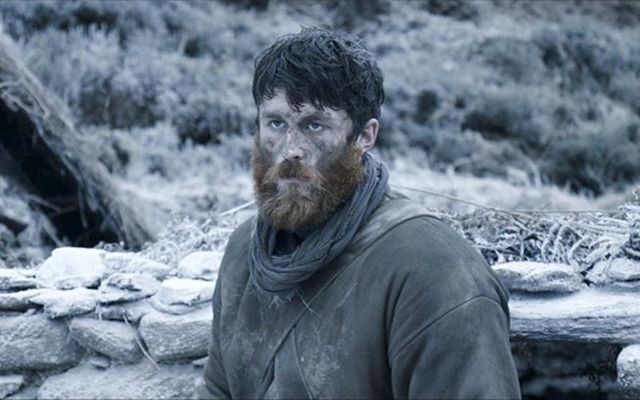 Lance Daly speaks of the difficulties in making a great Irish famine and revenge movie that wasn’t too punishing for the audience.

The director of much anticipated Irish famine movie “Black 47” has spoken of his surprise that no other filmmaker had previously attempted to portray the bleak years of hunger, starvation and immigration in Ireland before he began on his own dark, revenge-fuelled famine western.

“The Great Famine of 1845 to 1852 was the single most important event in Irish history,” said Lance Daly.

“After making the film, I can understand why.”

Already a massive hit at the Berlin Film Festival and at a screening at the Audi Dublin International Film Festival, Daly’s famine movie, that was shot on a very small budget over a short seven-week period, has had a fantastic debut.

While iconic director John Ford toyed with the idea of a famine movie in the 1930s, Daly is the first to take on the monumental task. Starring Hugo Weaving, Moe Dunford, Jim Broadbent, Sarah Greene, Stephen Rea and Barry Keoghan, “Black 47” focuses on the story of Martin Feeney, played by Australian actor James Frecheville, who returns to Ireland after fighting for the British Army to find his family dead or decimated by hunger.

One of the main difficulties for Daly in recreating this period of time is that barely any evidence exists which shows how people dressed or looked, or shows what the landscape at the time looked like.

Stephen Rea at the Dublin screening of "Black 47."

“Aside from the near impossibility of portraying the unimaginable horror of An Gorta Mór (The Great Hunger) with an apocalyptic landscape of convincingly emaciated humans, filming Black 47 was a challenge in almost every other regard,” said Daly.

“We re-created 19th-century costumes and props from a period without photographic or recorded documents and found locations which represent a world that no longer exists.

“We shot through winter across two countries (Ireland and Luxembourg) with many stunts, horses and firearms (using real gunpowder). And we did it in seven weeks on a limited budget.

“We also had the great responsibility of doing justice to a very real tragedy in which a million people died and another million left their homes, never to return.”

There were also difficulties in showing so much death and destruction on the Irish population in the 1840s without making the movie too tough for the audience to appreciate. Daly faced a challenge in ensuring movie-goers understood the harrowing events and how the British influenced them while also making a piece of work that would not leave them in too much despair.

Barry Keoghan at the Dublin screening of "Black 47." Image: RollingNews.ie.

“It’s such a tough story of suffering and hardship — it was tricky to find a way to do that in cinema that isn’t going to be punishing for the audience,” Daly said.