Lead star in upcoming Irish famine revenge flick “Black 47,” James Frecheville spoke of his concerns in ensuring he had not just his Irish accent spot on but his Gaeilge, too. 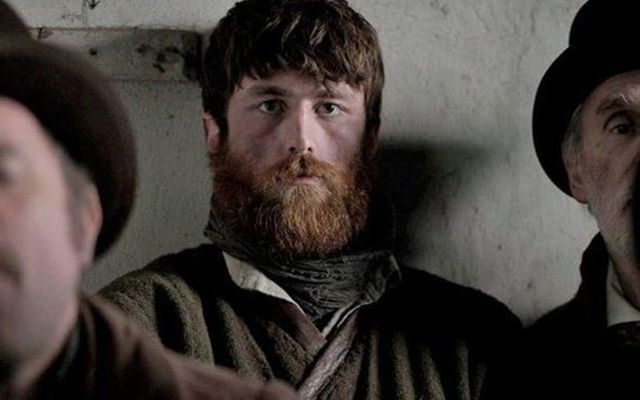 James Frecheville plays a former Irish soldier in the British Army seeking revenge for the death and starvation of his family during the Irish famine.

Australian actor James Frecheville certainly took on a big task when he was cast alongside Irish actors Stephen Rea and Barry Keoghan in upcoming Irish famine movie “Black 47.” As well as having to master the Irish accent for the role of Martin Feeney, an Irishman on a quest for revenge for the horrors of the famine, the 26-year-old “Animal Kingdom” star also had to master the Irish language.

The Australian state that he felt "a lot of pressure to do it right."

Aussie actor #JamesFrecheville tells us about learning to speak Irish for his role in the new Famine-set thriller #Black47 - saying it was "pretty tough". pic.twitter.com/KX5agJ0dkd

"There wasn’t a rush to try and cram it in," he explained. "I had ample time to do all my homework, I really put everything on the line for it.

"It’s hard to say where the challenge was because it was all challenging. It was all very cold. I’m not so good at learning languages so to pick up a language that not a great number of people speak was pretty tough, but apparently, I passed a few tests but I still have to see what the public thinks."

Frecheville was not the only “Black 47” actor to put himself under pressure for the movie, however. Co-stars of Irish actor Barry Keoghan have revealed that the 25-year-old barely ate during the making of the movie.

Barry Keogh at the Dublin premier of "Black 47." Image: RollingNews.ie

“We were all there to support each other. It was a good one. It was a joy for us to go to Berlin [Film Festival] and now here because we all liked each other so much.

“Getting back together and experiencing it and being proud of what we did together and believing that it’s a story that needs to be seen, it’s the best feeling in the world.”

“[While] filming it, Freddie fell off a horse, Freddie got a bang off a gun. It was very physical – I mean that” Keoghan added.

Both actors spoke of the importance of the movie in bringing the story of the Irish famine to a wider audience, who may not previously have known of its horror, much in the way English TV show “Victoria” did during its Irish famine episode.

“It’s sad that it’s the first time you can bring a story like this, not only to a universal audience but particularly to an Irish audience who know the history and have yet to see it up on the screen,” Fox said.

“For those that don’t know anything about it, this is a time to be entertained but also to be given a lesson in something very important.”