This important movie goes a little way towards increasing the understanding of what Ireland's desperate famine times were like. 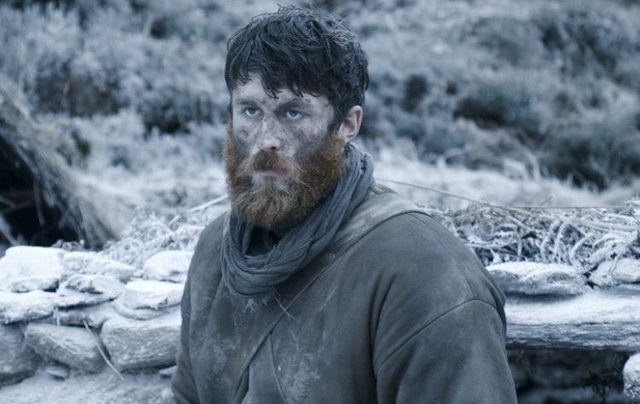 This important movie goes a little way towards increasing the understanding of what Ireland's desperate famine times were like.

The new Irish-made film Black 47 directed by Lance Daly got a very positive reception when it opened at the Berlin Film Festival.

Jessica Kiang in Variety wrote that Daly has delivered “a resonant, beautifully performed Irish Western that benefits from the exotic sound of Irish Gaelic spoken as a living language.”

The film played the Dublin Film Festival last week and as you might expect got a great reception.

It is a very important film that goes a little way towards increasing the understanding of what those desperate famine times were really like.

The film itself is about an Irishman returning from duty in the British Army seeking revenge for what was done to his family in his absence.  He is pursued by several members of the law, all seeking to capture or kill him.

Amazing as it seems, there has been no other movie ever made which attempted to place the Famine front and center.

Obviously it is an horrific subject, but so too was the Holocaust and there has been no shortage of great films set in those times, especially Schindler's List with Irishman Liam Neeson giving a superb performance in the lead role.

The reasons are many for Famine amnesia.  There are no photographs of the time and survivors left few records because they wanted to forget those horrific times.

Thus, a long silence settled over the events of the famine, only coming to an end in recent times thanks in part to some superb books, one by Tim Pat Coogan, The Famine Plot, and the other, The Graves Are Walking by John Kelly.

Then, of course, the Irish government at long last began a yearly commemoration of the Famine which meant that every year there was more information percolating through.

Now comes this movie, the first attempt to catch the real tenor of the times.

The famine is the backdrop rather than the main theme which is just as it should be.  The film would be hopelessly dark otherwise. Consider that twice as many Irish starved to death as died in the American Civil War and you get some perspective of the reality.

The use of the Irish language in parts of the film is equally daring.  There were four million Irish speakers in Ireland at the beginning of the Great Hunger.  After the Famine, that number plummeted dramatically to 700,000 by 1891.

So much more than the people were killed off. Their language and way of life was too.

There is a scene in the movie where the English officer says the Irish do not appreciate the stunning scenery of the West of Ireland.  “You can’t eat the scenery” responds Stephen Rea in his role as a local.

The movie deserves to be supported by Irish Americans when it comes here.  The Famine was the river that became the flood that changed everyone's life down to the present generations.

Without the Great Hunger there would hardly be an Irish America, a JFK, a Henry Ford -- all roads lead to it when seeking to understand Irish identity.

“The Great Famine of 1845-1852 was the single most important event in Irish history,” says Daly.  He is surely right.

If often seems like we are only beginning to understand how it changed everything.  This new movie will hopefully take us a little further down the road.

Read more: Can Irish dance be an Olympic sport?