The Ladies and Narcan will be featured at this year's event in Atlantic City. 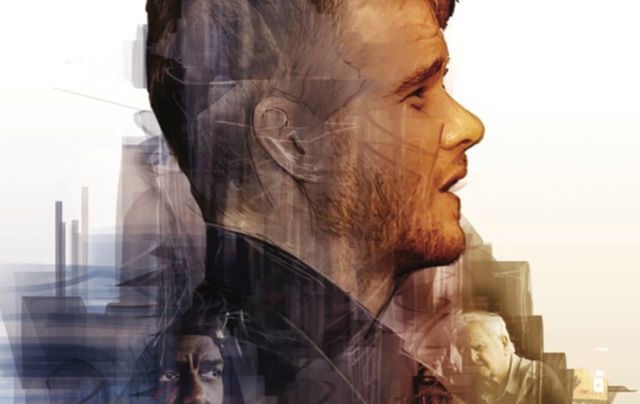 Taken from the promotional poster for Narcan.

In the last 50 years the Irish film industry has grown by leaps and bounds. It has not only given us great films, many shot on location in Ireland, but actors who have become household names, such as Siobhan McKenna, Peter O’Toole, Saoirse Ronan, Brenda Fricker, Richard Harris, Fionnula Flanagan, Colin Farrell, Fiona Shaw, Sarah Bolger, Pierce Brosnan and Liam Neeson—and the lists goes on and on, growing daily as new talent comes to the forefront.

One place Irish actors and their films have found a home in the United States is at the Garden State Film Festival. Founded in 2002 by industry insider Diane Raver, the GSFF is a non-profit organization that comes alive every spring at its new headquarters in Atlantic City, New Jersey.

This year the GSFF takes place between March 30th and April 2nd and it will be introducing two Irish-themed films to its rabid fandom—Narcan and The Ladies.

Raver is succinct and blunt in saying what she wants for her festival: “It has to be good with a plot that has a beginning, a middle, and an end and has good production value. We don’t screen what some festivals call ‘edgy’ and no one knows what the film was about when they leave the theater.” This year Raver will be showing a remarkable 225 films from 24 countries, with filmmakers attending from as far away as China.

Raver has been a big fan of Irish films for a while. She has traveled to Ireland to participate in the Cork Film Festival and can’t remember when she didn’t have an Irish film on her venue. “The Irish have a wonderful film board which encourages filmmaking as a vocation…the Irish aren’t dumb!”

How does Raver find Irish films? “We host an international call for entries each year and we have a sterling reputation on the festival circuit as a Trudgen’s indie festival, not like others that say that, but are really only interested in screening studio indies—which is an oxymoron.”

Raver hopes that in the future she will be able to screen many more Irish films. “We love their work, we applaud their work, and we celebrate it. I can’t think of one bad film we have seen from Ireland.” This Irish year’s entries include:

Still from the poster of Ladies.

The Ladies is Jake McKone’s wonderful 10-minute short which captures all the awkwardness and terror the love-timid go through when involved in the dating game. The film tells the story of a shy young man named Ernest on a first date who is subjected to a series of mortifying events when he mistakenly uses the ladies’ room in a restaurant. There, he is barricaded in a bathroom stall by four opinionated women. The result is hilarious as his stoicism leads to an unexpected encounter with the opposite sex.

“I wrote and directed this film,” Jake McKone told IrishCentral, “based on some hopeless dating experiences that I had in the 1980s. Imagine Basil Fawlty’s lovechild on First Dates.” The film was produced by Liam Beatty, whose brother is married to McKone’s sister, and who has produced a feature for the BBC. “We did extensive casting for the lead role which is played by actor/comedian Sam Monaghan. He relished the role and brought a lot to the character. Sam has appeared in TV and film, including Love/Hate and Rebellion.”

There are five female roles played with an exuberant earthiness by Anna Hession, Michele Burton, Aoife Honohan, Hannah Colgan and Evelyn Shaw. The antagonist Turlough, a bully and former classmate of Ernest—and the man who planted the hapless hero in the ladies’ room—is played with wonderful menace by Danny Mahony.

McKone is a Chartered Surveyor based in Dublin with a passion for filmmaking.  After attending numerous courses, he started making films about ten years ago. He wrote and directed the feature mockumentary Strange Days Are These, which premiered at the Galway Festival in 2008.  His first short Rearview won the Celtic Media Festival in 2009, and his next short Gonadz won Element Pictures Zonad Competition.  McKone’s Speed Trap was broadcast on RTE in 2015.

The Ladies will screen on Saturday, April 1st at 8:15 p.m. at Atlantic City’s Resorts Hotel & Casino’s Screening Room in the Ocean Tower on the 13th floor.

A New York film with a Limerick-McCourt connection

While The Ladies will leave you holding your sides, Narcan shows you the gritty side of New York life as seen through the eyes of an Irish paramedic.

What is Narcan? It is a prescription medicine that blocks the effects of opioids and reverses an overdose. It is a drug used by Irish-born paramedic Sean Ryan as he races through the streets of New York trying to save people from their demons, all the time struggling to save his marriage and connect with his young son.

Ryan is played by Mungret, County Limerick actor Peter Halpin, who says that Narcan “isn’t for the lighted heart!”

“It is a true story,” Halpin told IrishCentral, “which is shot from the hip with no punches pulled. We want people to experience what a day in the life of an NYC paramedic is really like, so we don’t sugar-coat anything, we tell it as it really is.”

Halpin is not only the star of the 21-minute short, but also the executive producer. Halpin collaborated with director Peter McNamara, who also wrote the screenplay. “Mack approached me with the idea in April 2015,” said Halpin. “I loved the concept and we immediately began developing it. Principal photography began in August/September of 2015, so it’s been a long road, but a most rewarding and satisfying one!”

There is also a unique Limerick connection surrounding Narcan. Not only is director and screenwriter Peter McNamara from Limerick, but so is Halpin. Halpin played the young Malachy McCourt in the film version of Frank McCourt’s Angela’s Ashes. “Yes,” said Halpin, “it’s quite ironic that I played Malachy in Alan Parker’s film Angela’s Ashes many moons ago and then we end up working together on my film, Narcan. Malachy has become a great friend, mentor and champion of mine. He is exceptional in the film and I am very grateful to him for all that he does.”

McCourt, who plays the father of Sean Ryan’s wife (Sinead Ryan) in the film, told IrishCentral how he got cast: “I got the part because I had met Peter Halpin through a mutual friend shortly after he arrived in New York City. I play Paddy B his father-in-law in the film, a somewhat crusty old fucker, disabled, who is retired from civil service job, probably conservative.

“Peter Halpin,” McCourt went on, “grew up in Limerick a long time after I left there. His home is near the graveyard where all my mother’s relatives are buried. His family were well known as they were in the meat business. I wish I had known them better to get a bit of meat from them.

“Peter director [McNamara] and Peter [Halpin] actor sprung me from a rehab where I was recovering from a broken femur. I got out for the day so there was a rush to get my part done in one day. All had to be done with me seated as I was unable to stand up. And we got it done.

Great drama in and out of the story.  Those EMT laddies and lassies are the unsung heroes of our city and this film will sing their song. Their song loud and heartfelt.”

The thing about Narcan is that it will leave you asking for more—and that’s exactly what Halpin has in mind. “We made this film,” said Halpin, “as a calling card or proof of concept as it were, to attract investors to make the feature version, which we will shoot in October of this year here in the city. If there are any established film producers out there who are interested in helping us tell this ground-breaking story, drop us a line at narcan@outlook.ie. We have also partnered with the Children’s Aid Society who do amazing work for the under privileged kids here in the city and a percentage goes directly to them, so you’re helping a great cause as well as producing a movie! You can also follow us on all social media platforms: @narcanmovie.”

Narcan will screen on Sunday, April 2nd at 3:00 p.m. at Resorts Hotel & Casino’s Screening Room in the Ocean Tower on the 13th floor.