Join the Editor's book club with these reviews of new releases from top Irish authors. 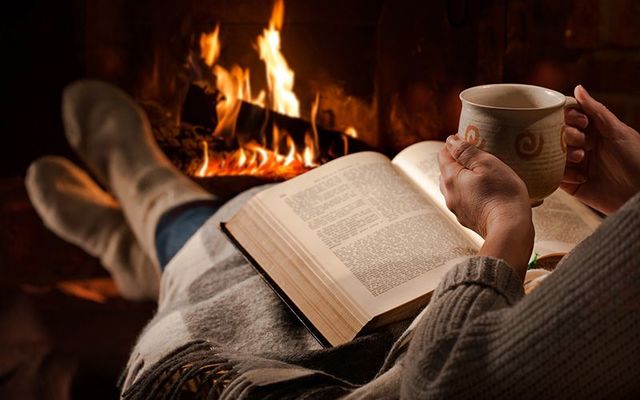 Snuggle up with a good Irish book this winter. iStock

Batten down the hatches and curl up with some of the best new Irish books available this winter, 2021.

"Aisling in the City"

by Emer McLysaght and Sarah Breen. 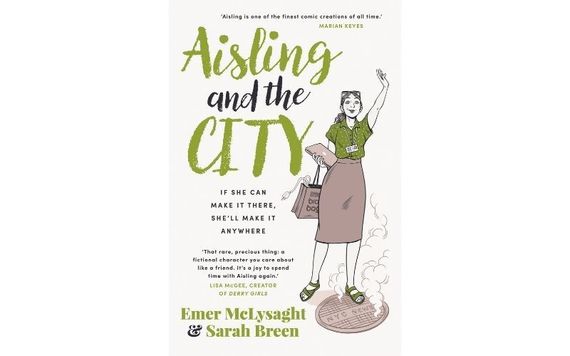 "Aisling in the City" by Emer McLysaght and Sarah Breen.

Our favorite Irish heroine is back, and this time she’s in the Big Apple having accepted an unexpected job offer. As Aisling finds her feet in NYC, she throws herself into the dating game, grapples with "always-on" work culture, forges and fights for new friendships, and brings her good wedges to a party in the Hamptons, much to Sadhbh’s dismay. When a crisis in Ballygobard makes her doubt her place in Manhattan, can Aisling retain her New York state of mind, or will the lure of home be too much to resist? An insightful and feel-good read. 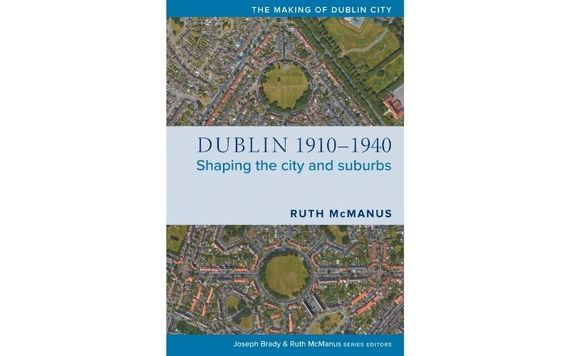 Between 1910 and 1940 Dublin's suburbs grew considerably. For the first time, planned suburbanization of the working classes became a stated policy, with new and idealistic schemes such as Marino, Drumcondra and Crumlin being built. At the same time, private speculative development was continuing at the edges of the city, where individual builder often had a major impact on the layout and style of the suburbs.

This was also a period when the modern town planning movement and evolving ideas about citizenship in the new State impacted on the shaping of the city. Many of the formative decisions that came to shape the modern low-rise, low-density city were taken at this time. The story of Dublin's development in the period from 1910 to 1940 covers a time of major political and social change in Ireland. Illustrated with maps and photographs, this book is a dream for those wanting to know and how the Dublin we know and love came to be. 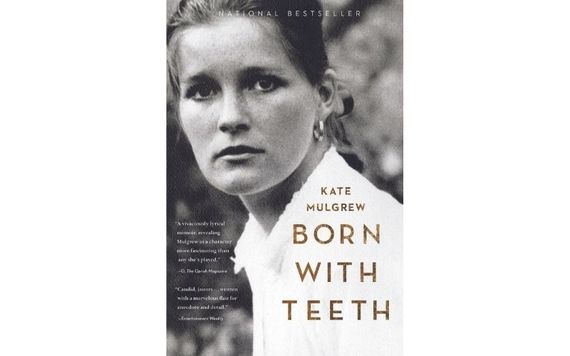 "Born with Teeth" by Kate Mulgrew

Raised by unconventional Irish Catholics who knew "how to drink, how to dance, how to talk, and how to stir up the devil," Kate Mulgrew grew up with poetry and drama in her bones. In her mother, a would-be artist burdened by the endless arrival of new babies, young Kate saw the consequences of a dream deferred and learned the lesson that would define her as an actress: "Use it". A motto she took to her work in Orange Is The New Black and Star Trek: Voyager. This is a hugely insightful read of one of our most loved actresses. 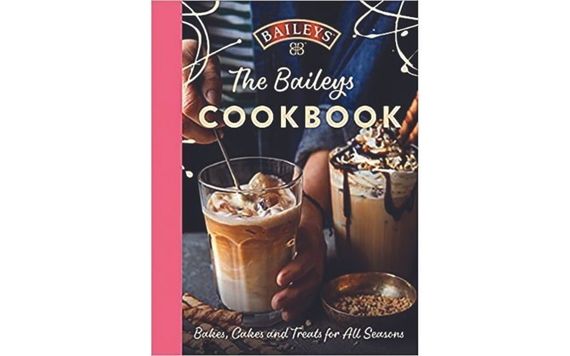 First created in Ireland in 1974, Baileys can now be enjoyed in 160 countries worldwide with 2,400 glasses of Baileys consumed every minute of every day.

This book brings together 60 recipes to take you year-round with Baileys, from sophisticated cocktails and sensational desserts to five-star hot chocolates and simple puddings with a twist.

One for chocolate and Baileys lovers alike and the perfect Christmas gift for anyone who likes to enjoy a creamy glass of deliciousness! 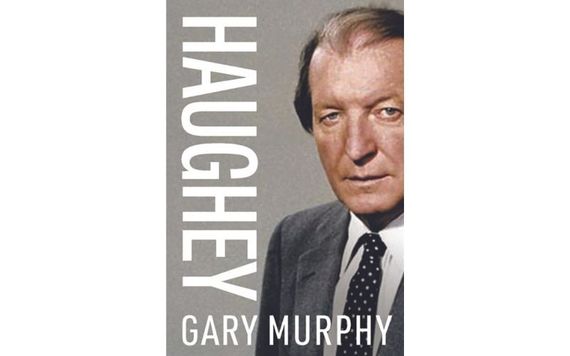 He was the most talented and influential politician of his generation and his presence still looms over the Irish body politic, yet the very roots of his success - his charisma, his intelligence, his ruthlessness, his secrecy - have rendered almost impossible any objective evaluation of his life and work.That is, until now. Based on unfettered access to Haughey's personal archives, Haughey is a rich and nuanced portrait of a man of prodigious gifts, who, for all his flaws and many contradictions, came to define modern Ireland.

"The Songs of Elizabeth Cronin" 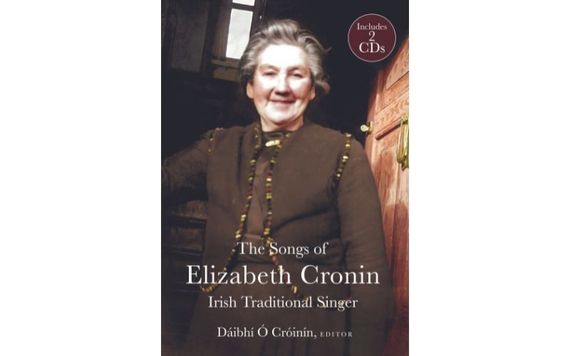 "The Songs of Elizabeth Cronin" by Dáibhí Ó Cróinín

Elizabeth (Bess) Cronin is probably the best-known Irish female traditional singer of our time. Her reputation was such that collectors came from far and near to hear and record her singing. This publication offers the complete Bess Cronin collection with texts of all the songs and a biographical essay. The author, a grandson of Bess Cronin, brings to this publication access to Bess Cronin’s own autograph song lists, notes and comments by Bess Cronin recorded by the author’s father, and photographic material not previously seen. This personal family material offers a comprehensive account of an extraordinary singer and her distinctive singing style. 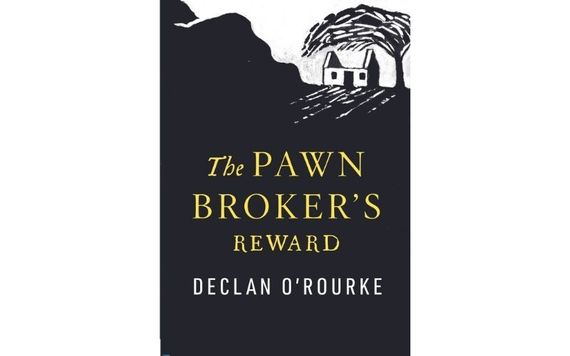 Declan O’Rourke’s award-winning album, Chronicles of the Great Irish Famine, was released to critical acclaim in 2017. It illuminated an extraordinary series of eye-witness accounts, including the story of Padraig and Cait ua Buachalla. Four years on, in Declan’s meticulously researched literary debut, the story of the ua Buachalla family is woven into a powerful, multilayered work showing us the Famine as it happened through the lens of a single town and the story of one man, pawnbroker Cornelius Creed. This book creates a kaleidoscopic view of this defining moment in Ireland’s history. 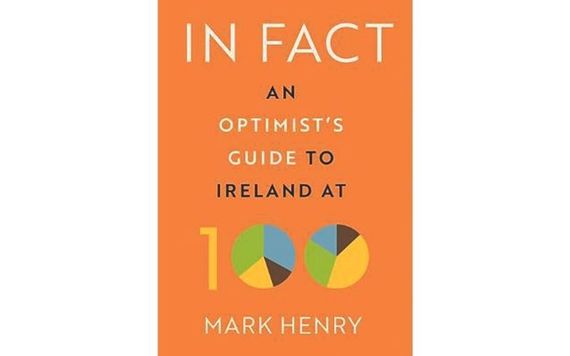 "In Fact: an Optimist's Guide to Ireland at 100" by Mark Henry

At a time when some good news is welcome, this uplifting book tells our national story through facts and stats, placing Ireland under the microscope to chart 100 undeniable achievements of the past 100 years.

When the State was formed, Ireland was one of the most poverty-stricken nations in Europe. Now it has the second-highest standard of living in the world. While there is still more to be done, In Fact illustrates that Ireland, for all its imperfections, is in a much better state than you might think.