One of Ireland's most popular fictional character heads Stateside

Latest installment of "Oh My God, What a Complete Aisling" series sees our gal head for the even brighter lights of Manhattan. 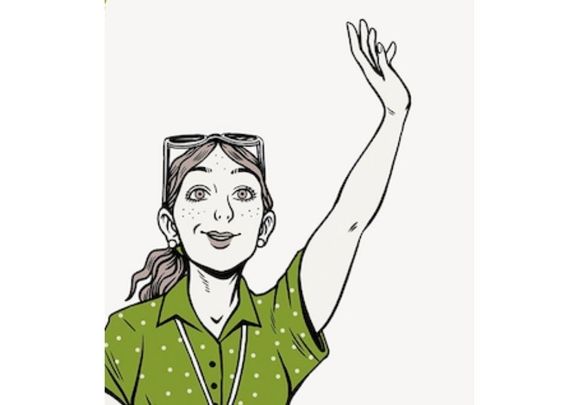 Cover art for "Aisling in the City" by Emer McLysaght and Sarah Breen. Penguin / Sarah Breen

One of Ireland's most popular fictional characters is heading to New York for the latest adventure in the "Oh My God, What a Complete Aisling" series.

"Aisling and the City", the fourth and latest installment in the series, chronicles the latest hilarious adventures of Aisling, a quintessential Irish woman balancing her life at home in the country and her job in the "big smoke".

The latest installment in the hugely popular series sees Aisling swap the bright lights of Dublin for the even brighter lights of Manhattan as she prepares to start a new job and make a fresh start after finally closing the door on her relationship with John.

Sarah Breen, who co-wrote the book alongside Emer McLysaght, told IrishCentral that they always planned to send Aisling abroad and said that they chose New York to reflect the aspirations of many Irish people who wish to "make it in America".

"I think we’ve all harbored aspirations to “make it in America” and New York is just such an Aisling mecca. During the Celtic Tiger, people thought nothing of hopping over for the weekend to go shopping for Tommy Hilfiger and Ralph Lauren in the outlets," Breen told IrishCentral.

Breen said that both she and McLysaght drew on their own experiences of living abroad to help create the latest chapter in Aisling's journey. 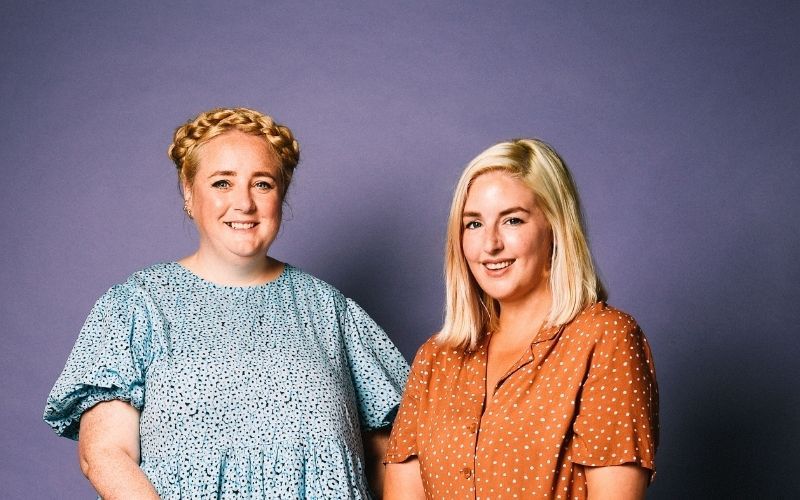 "Oh My God, What a Complete Aisling" writers Emer McLysaght and Sarah Breen.

"Emer and I have both lived abroad over the years and have experienced those feelings of loneliness and homesickness that sometimes catch you off guard, which is something Aisling also goes through."

Breen described Aisling as a character who has enjoyed a sheltered life but faced challenges and gained real-life experience since the first book hit the shelves four years ago.

She said that it was "exciting" to send Aisling to the Big Apple and added that the character always thrives best as a fish out of water.

Breen and McLysaght believed that Aisling was a uniquely Irish character when they released the first book in the series but have since learned that almost every country has its own version of an "Aisling".

"In Aisling and the City, Aisling meets a complete Aubrey from Long Island who runs the office and, well, it’s like looking in a mirror." 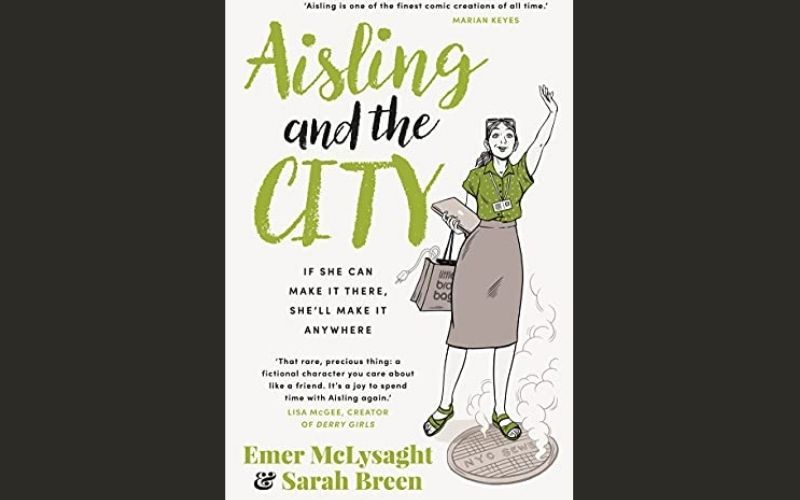 Cover art for "Aisling in the City" by Emer McLysaght and Sarah Breen.

The "Aisling" series has proved immensely popular since it first debuted on Irish shelves in 2017, with the first book in the series becoming the best-selling Irish fiction book of the decade and the third-best-selling fiction book in Ireland.

Breen and McLysaght are now preparing to write the fifth and final book in the series and are also working with Element Pictures to adapt the "Oh My God" series for television.

Breen said that she is dumbfounded by the overnight success of the series, adding that she never expected to write a sequel, let alone four follow-up books, when she released the first book in 2017.

"The reaction has been incredible so far, with people now already asking us when the next book is coming," she said. "We didn’t release a book in 2019 so people have been asking for a new Aisling book for nearly two years now."

All three "Aisling" books were in the top-five Irish bestsellers list when "Once, Twice, Three Times an Aisling" was released in 2019, and Breen believes that the series' popularity stems from readers making a connection with the main character.

"I think the crux of it is a lot of people see themselves in Aisling. Often, the female protagonists in popular fiction either tend to be very aspirational, like working in fancy fashion magazines, or incredibly dreary detectives or murder victims. Aisling is just so bog standard. She’s all of us making our lunch in the morning. And she sweats the small stuff.

"We’re also frequently told that our books help people get back into reading because you fly through them."

The character is based on the experiences of Breen and McLysaght, who both grew up in the countryside and moved to Dublin for college.

"Although some of the storylines in the novels tend to descend in farce occasionally, there’s an authenticity there because we’re both Aislings ourselves."

The latest installment in the series is similarly grounded in reality and throws Aisling headfirst into the real-life experiences of Irish expats around the world.

"Aisling and the City" follows Aisling as she tries to find her feet in the Big Apple as she grapples with the city's "always-on" work culture and enters the New York dating game.

Aisling, however, like many Irish immigrants who have gone before her, finds that it's just not the same to connect with family and friends back home over WhatsApp or Zoom.

"Aisling and the City" is available now from all major Irish bookstores.