Pancake Tuesday: How to make pancakes like the Irish

Celebrate Shrove Tuesday, Mardi Gras, Carnival, Fat Tuesday or just plain old Pancake Day, but whatever you do, make your pancakes just like the Irish do.

The day before Ash Wednesday is known by many names: Mardi Gras, Carnival, Fat Tuesday, and Shrove Tuesday.

Read More: How did your Irish ancestors traditionally uphold Lent

Generally, before the penitential season of Lent, we enjoy one last day of feasting. On this day, medieval Christians used up their eggs, butter, and milk – all of which were forbidden during Lent – by making pancakes and pastries.

We take a look at the traditional Pancake Day as we celebrate the newer version taking place today.

What is Pancake Day?

It is called Pancake Day because it is the day traditionally for eating pancakes as pancake recipes were a way to use up any stocks of milk, butter, and eggs which were forbidden during the abstinence of Lent.

The earliest records of pancakes and pancake tossing appeared in the fifteenth century when the pancakes were a little thicker than the modern pancake; they would also often have added spices for a little decadence. It wasn’t until the eighteenth century and the influence of French cooking and their thin crepes that pancakes more as we know them now.

‘Shroving’ was a custom in which children sang or recited poetry in exchange for food or money. ‘Lent Crocking’ was one of the many customs of the day when children would pass from house to house asking for pancakes. If they weren't given any, broken crockery would be thrown at the door!

Other customs and superstitions included the belief that the first three pancakes cooked were sacred. Each would be marked with a cross, and then sprinkled with salt to ward off evil spirits, and then set aside. Hence the hot crossed buns we remember as kids.

In Ireland, Irish girls were given an afternoon off to make their batter and the eldest, unmarried girl would toss the first pancake. Success meant she would be married within the year.

In Scotland, special oatcakes called Bannocks were made using oatmeal, eggs, and salt and cooked on a griddle. A charm would be added to the dough and if an unmarried person found it, they would be married within the year.

Wales also had their own customs where people would pass from door to door begging for flour, lard or butter. In some parts of Wales, children would kick tin cans up and down the streets, believed to be commemorating the putting away the pots and pans for Lent.

In other parts of the world, Shrove Tuesday is celebrated differently. In New Orleans, it's celebrated with the Mardi Gras and in Rio de Janeiro with the equally raucous Carnival. 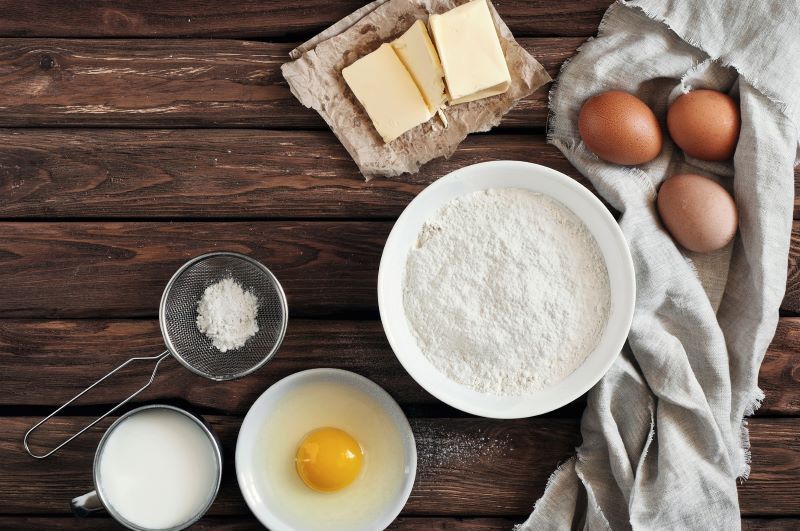 Get your griddles ready (Getty Images)

Sieve the flour into a large baking bowl, add the salt. Make a well in the center of the flour and add the eggs and beat well until smooth and lump free.

Add half the milk and the 2 tsp of butter, beat well. Add the remaining milk and stir.

Leave the batter to rest for 15 minutes.

Lightly grease a pancake pan or frying pan with a little melted butter, heat until very hot and add a ladle of batter to evenly and thinly coat the base of the pan. Cook until set and lightly golden. Flip over (if you are really brave, try tossing the pancake in the air, great fun) and cook on the other side for approx 30 seconds.

Remove the pancake from the pan, place on a sheet of kitchen paper and keep warm. Continue as above until all the batter is used up.

On Pancake Day, pancakes are traditionally eaten sprinkled with sugar and a squeeze of lemon. However, serve as you like with jam, Golden Syrup, honey, chocolate spread; whatever takes your fancy. 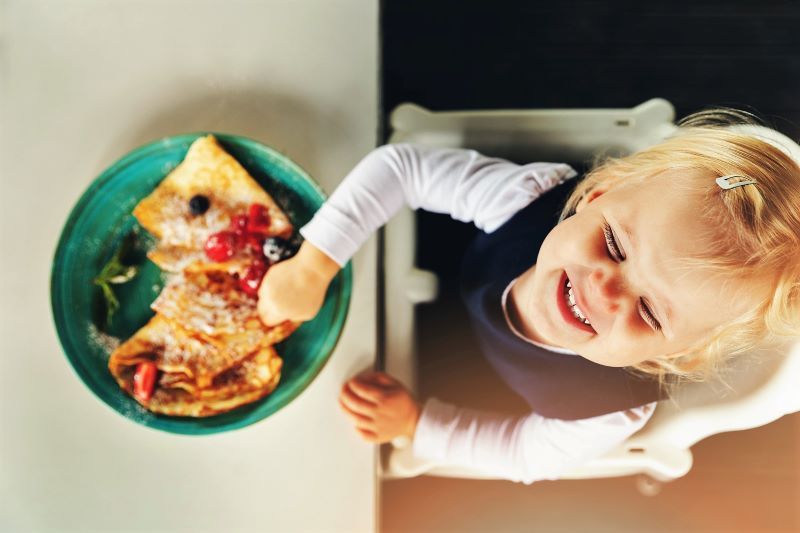 AND FINALLY…A mother was preparing pancakes for her sons, Kevin 5, and Ryan 3.

The boys began to argue over who would get the first pancake.

The mother saw the opportunity for a moral lesson.

"If Jesus were sitting here, He would say, 'Let my brother have the first pancake, I can wait.'"

Kevin turned to his younger brother and said, "Ryan, you be Jesus!"

Do you have a special pancake recipe you use before Lent starts? Let us know in the comments!