Have an Irish Halloween with this colcannon recipe

Oíche Shamhna (Halloween) is here! While many people associate it with ghost stories and trick-or-treating, Irish people have a unique relationship with Halloween. 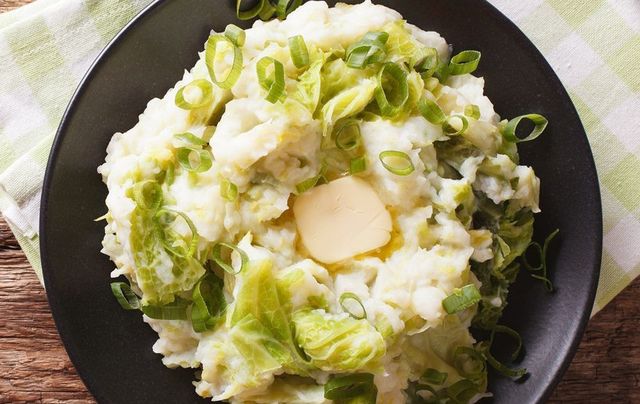 Here's how to make Halloween colcannon like Irish people do. Getty Images

Oíche Shamhna (Halloween) is here! While many people associate it with ghost stories and trick-or-treating, Irish people have a unique relationship with Halloween.

Samhain is an old Irish festival that stems from the time of myths and legends, of fairies, Fionn Mac Cumhaill and the King of Tara. Thought to be descended for Pagan rituals, Samhain, which is one of the four Gaelic festivals of the year, takes place on October 31st.

It was thought that during Samhain, the veil between worlds was thinned so that fairies (the Aos Sí) and spirits could return to the world of the living from the Otherworld. Irish people held feasts to beckon their loved ones home while lighting bonfires for protection from evil spirits.

Food was a massively important part of Oíche Shamhna. Apples were associated with the Otherworld and immortality, while hazelnuts brought divine wisdom, so both were used in fortune-telling rituals. Certain particular dishes were particularly associated with Samhain, such as perhaps most famously, colcannon. 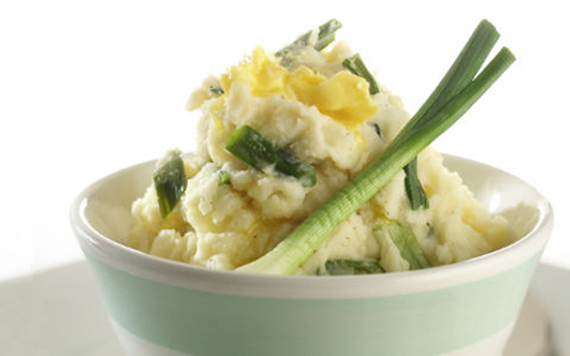 While potatoes are only thought to have come to Ireland in the 16th century, they rapidly became a staple of the traditional Irish diet. Fairly quickly, Irish people applied traditional Samhain rituals to potatoes and the result was colcannon, which is simply made with potatoes, butter, milk, cabbage or kale, and spring onions. As well as Halloween, colcannon can often be seen on menus around St Patrick's Day.

Colcannon, which is well-known as an Irish mammy's classic, can vary by region so you might sometimes see varieties containing onions, chives, or other types of cabbage. While it's a very versatile dish, colcannon is often served with ham, bacon, or corned beef.

Traditionally speaking, colcannon was held in high regard around Samhain and was quickly incorporated into the feasts' menus. Similar to barmbrack and other traditional Irish dishes, prizes or charms were often hidden in colcannon, which were said to predict the diners' futures. 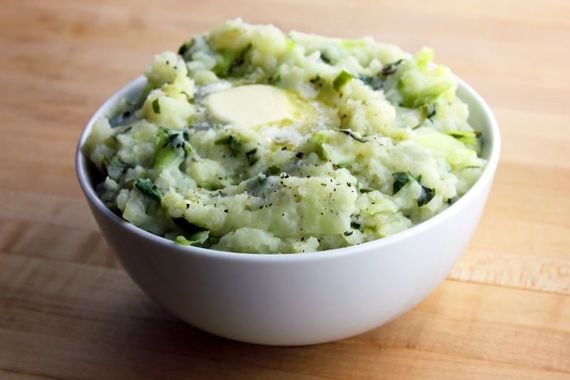 What's your favorite Halloween recipe? Let us know in the comments!