You need a proper meal before diving into all that candy - try out these traditional Irish recipes for colcannon and barmbrack this Halloween! 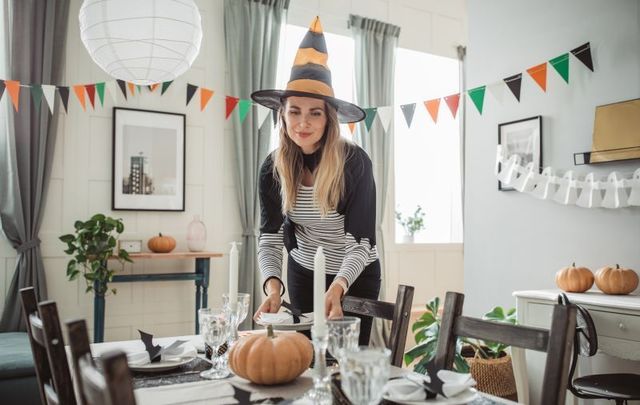 Cooking for Halloween? Try out these traditional Irish recipes before diving into your candy! Getty Images

These Irish Halloween recipes are centuries old, but are still wholesome and delicious for all your spooky costumed party monsters!

Hosting a Halloween party? You'll have to get some real food into your guests' bellies before diving into all that candy!

Check out these traditional Irish recipes for Halloween:

Colcannon is a traditional Irish potato dish eaten on Halloween. It's unique, yet simple recipe has become popular around the world. It usually includes chopped kale, cabbage, or green cabbage mixed with hot, floury, mashed potatoes.

This tasty dish is a popular favorite at Oíche Shamhna (Halloween) and is easy to make, especially with the kids. The word colcannon is from the Irish cal ceannan, which literally means "white-headed cabbage."

Some women filled their socks with colcannon and hung them from the handle of the front door in the belief that the first man through the door would become their future husband. 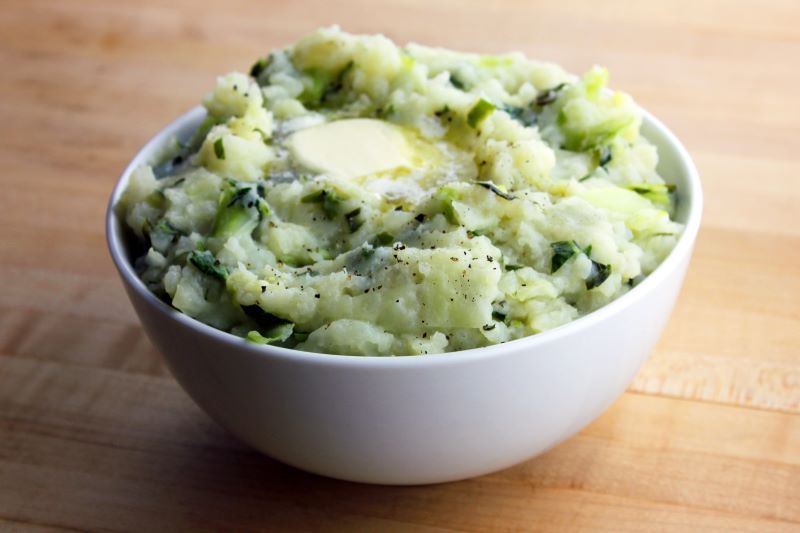 How to make Colcannon:

Peel and boil the potatoes. Remove the core from the cabbage, slice it thinly, and place into a large saucepan. Cover with boiling water and keep at a slow rolling boil until the cabbage is just wilted and has turned a darker green. This can take between 3-5 minutes, depending on the cabbage. Test it and don’t let it overcook. If anything, it should be slightly under-cooked.

When the cabbage is cooked, drain it well and squeeze to get any excess moisture out, then return to the saucepan.

Add one-third of the butter and cover. Leave it covered and in a warm place, but not on a burner, with the butter melting gently into it while you continue.

When the potatoes are soft, drain, and then return to the saucepan with the drained potatoes in. Put burner to low, leaving the lid off so that any excess moisture can evaporate.

When they are perfectly dry, add the milk to the saucepan along with a third of the butter and the chopped scallions (if you are using them). Allow the milk to warm but not boil – it is about right when the butter has fully melted into it and it starts to steam.

Before serving, season with a pinch of salt and sprinkle with fresh parsley or chives. Most importantly, make a well in the center of the mound of potato and put the last third of the butter in there to melt.

In the weeks leading up to Halloween, homes are littered with the delicious treat known as barmbrack, which is an Irish fruit loaf. The title comes from the Irish 'bairín breac' which literally means 'speckled loaf.'

Traditionally in Ireland, each member of the family would get a slice of the cake. But you had to be careful when chewing the delicious treat, as there were several charms hidden inside, wrapped in baking paper, which signified omens for the finder's future.

If you found a ring, you’re in for some romance. If you got the coin, then you're in for a prosperous year, but if you found the rag then your financial future was in doubt. If you find the thimble, then you will never marry! Nowadays, all barmbracks sold in Irish shops around Halloween contain a ring. 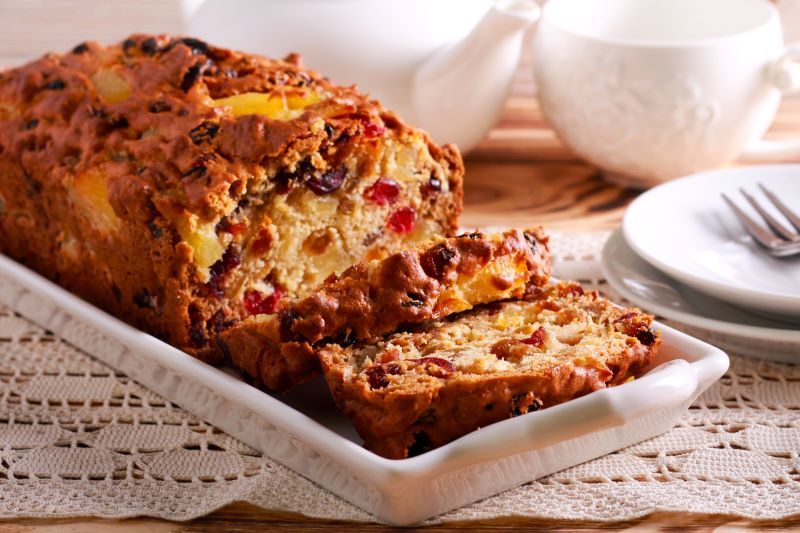 How to make Barmbrack:

Soak the fruit in tea overnight, then drain. Mix together with the rest of the ingredients (apart from the honey/golden syrup) and stir in the charms. Don’t over knead the dough or your delicately re-hydrated fruit will break up.

Line the base of a 20cm round cake tin or 900g loaf tin with greaseproof paper. Grease the tin and pile in the mixture.

Bake in a pre-heated oven at 340F for about an hour until risen and firm to the touch.

You can brush melted honey or golden syrup over the brack before cutting. Or glaze the 'brack with a syrup made from two teaspoons of sugar dissolved in three teaspoons of boiling water.

What's your favorite Halloween recipe? Let us know in the comments!