From Crubeens to Colcannon - Irish food is now known around the world but how many of these Irish dishes have you ever tried? 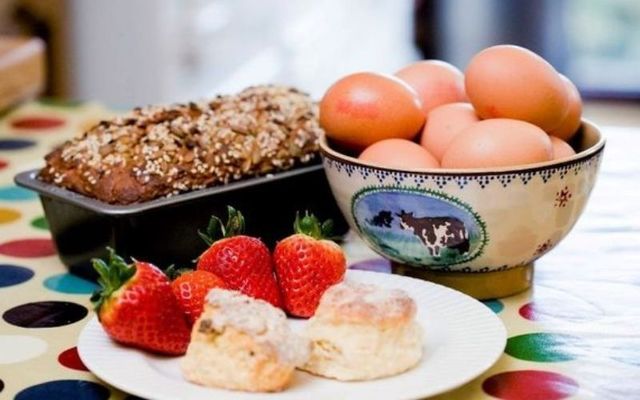 From Crubeens to Colcannon - Irish food is now known around the world but how many of these Irish dishes have you ever tried?

Irish food is finally gained international acclaim as being wholesome, healthy, and unique but we bet that these Irish dishes and recipes aren't quite as well known outside Ireland.

See how many of these dishes you have tried and tell us about some of your own unique Irish foods if you have any!

From the Irish crúibín, meaning "pig's trotter". These are an Irish food made of boiled pigs' feet. They are traditionally eaten by hand - quite a feat.

Black and white pudding is a type of blood sausage commonly eaten in Britain and Ireland. It is generally made from pork blood and a relatively high proportion of oatmeal and suet. White pudding leaves out the blood. An essential part of a true Irish breakfast. 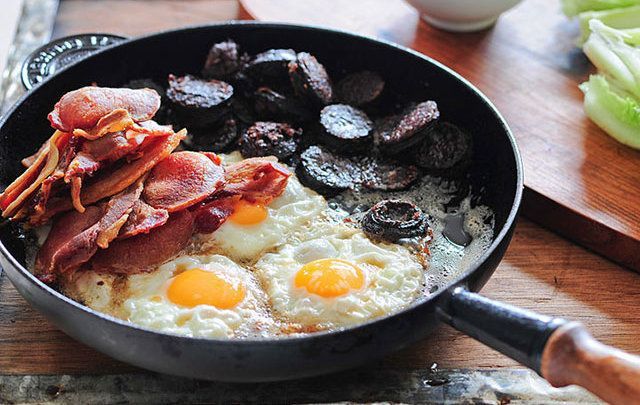 Drisheen (from the word drisín / dríishin) is the Irish version of a black pudding though not a pudding but actually a sausage made from pigs' blood, onions, herbs, spices, oatmeal or barley. Very popular in Cork.

While colcannon seems to be associated with St. Patrick's Day, some love the combination of potatoes, cabbage, onion, and bacon year-round, especially as a winter comfort food. 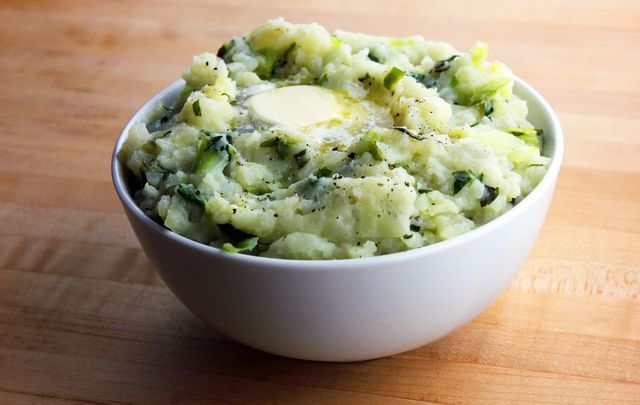 Colcannon seems to be associated with St. Patrick's Day, but some love it all year-round

Spotted dog is a fruity form of Irish soda bread. There are just six simple ingredients required: flour, bread soda, buttermilk, and salt with added fruit and sugar for the spotted effect.

Very popular years ago for kids and still prepared in rural parts of the country. Exactly what it says on the tin; bread, butter, chopped up banana and sugar sprinkled on.

A flat white soda bread, shaped into a round, cut into triangular quarters, and baked on a griddle. Farl is an old word for quarter. Bill Clinton famously ate one when in Belfast as president.

Spotted dick is a pudding popular in Britain and Northern Ireland, containing dried fruit (usually currants or raisins) commonly served with custard. Spotted refers to the dried fruit (which resemble spots) and dick, well we won’t even hazard a guess at that.

Considered the Scottish national dish but also popular in Northern Ireland and often made and exported from there. It is composed of sheep's pluck (heart, liver and lungs); minced with onion, oatmeal, suet, spices, and salt, mixed with stock, and traditionally encased in the animal's stomach and simmered for approximately three hours. Great fuel to start your day.

What chocolate do the Irish really love?

How to make Irish nachos, a tasty summer snack