Irish soda farls are the perfect addition for your full Irish breakfast. 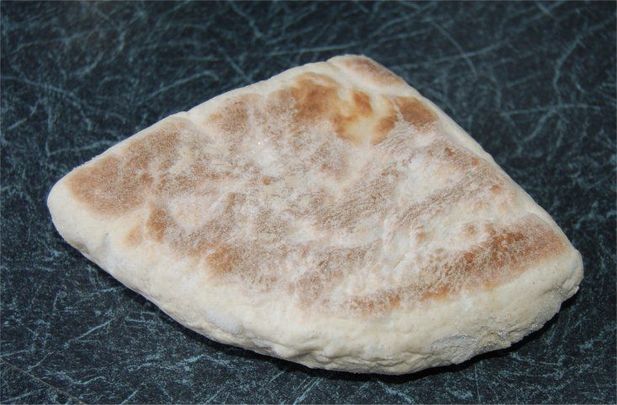 Irish soda farls are so quick and easy to make that they’re the perfect food to whip up for your lazy weekend breakfast.

They can be eaten with butter and jam, accompanied with a cup of hot tea or you can simply add them to your full Irish breakfast (which I highly recommend!) for your ultimate Irish food experience.

The word "farl" is a shorter form of fardel, the word once used in some parts of Lowland Scotland for "a three-cornered cake, usually oatcake, generally the fourth part of a round". In earlier Scots "fardell" meant a fourth or quarter. Nowadays the word far is far more commonly used in Ulster.

A delicious addition to any breakfast menu, or lunch, or just for a snack!

- Sift the flour, salt, and bicarbonate of soda into a large bowl.

- Make a well in the center.

- Gradually add the buttermilk, a small amount at a time until the mixture holds together but making sure it’s not too wet.

- Remove from the bowl, place on a floured surface, and knead the mixture very briefly for approximately 30 seconds. Tip: Be careful not to over-knead the mixture as it may become too tough.

- Shape the gently kneaded mixture into a ball shape, flatten into a circle approximately ⅓ inch thick and divide into 8 pieces. Sprinkle a small amount of flour on each side.

- Heat a skillet to medium heat, fry the floured soda farls on each side for around 7-8 minutes.

- Serve with a fried egg or Irish sausages and white pudding.