A new study from FinanceBuzz has found where the cheapest pints of Guinness are in the US ahead of this St. Patrick's Day. 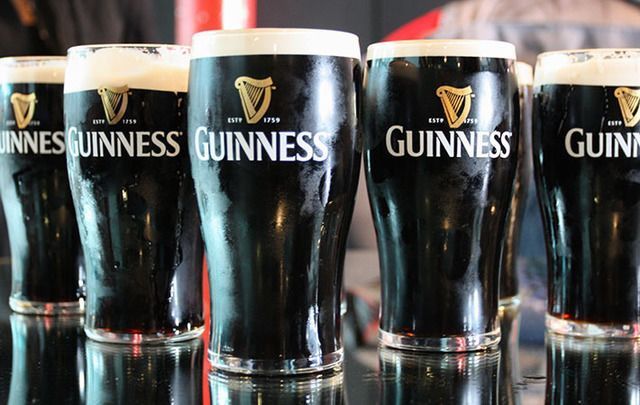 The nationwide average for a pint of Guinness is $6.70. iStock

Planning on a pint of Guinness on St. Patrick's Day? Here's a breakdown of what a pint will cost you in your state.

An average of 13 million pints of Guinness are served across the United States on St. Patrick’s Day.

To see where to find the most and least expensive pints of Guinness in the nation, FinanceBuzz researched the prices of online menus from pubs and bars across America and averaged the prices to find the cost per pint.

(Although Guinness is traditionally served as a 20-ounce “imperial pint,” some bars included in the study serve a 16-ounce “American pint” instead. According to FinanceBuzz, pricing for each bar’s default pint size was used throughout. Pricing for the imperial pint was used when both sizes were available.)

Depending on your location, a pint of Guinness can cost you anywhere from $5 (Montana) to $8.55 (California). In the most expensive states, that price can go up into the double digits if you plan on tipping your bartender.

Here’s a map breaking down what a pint costs in every state: 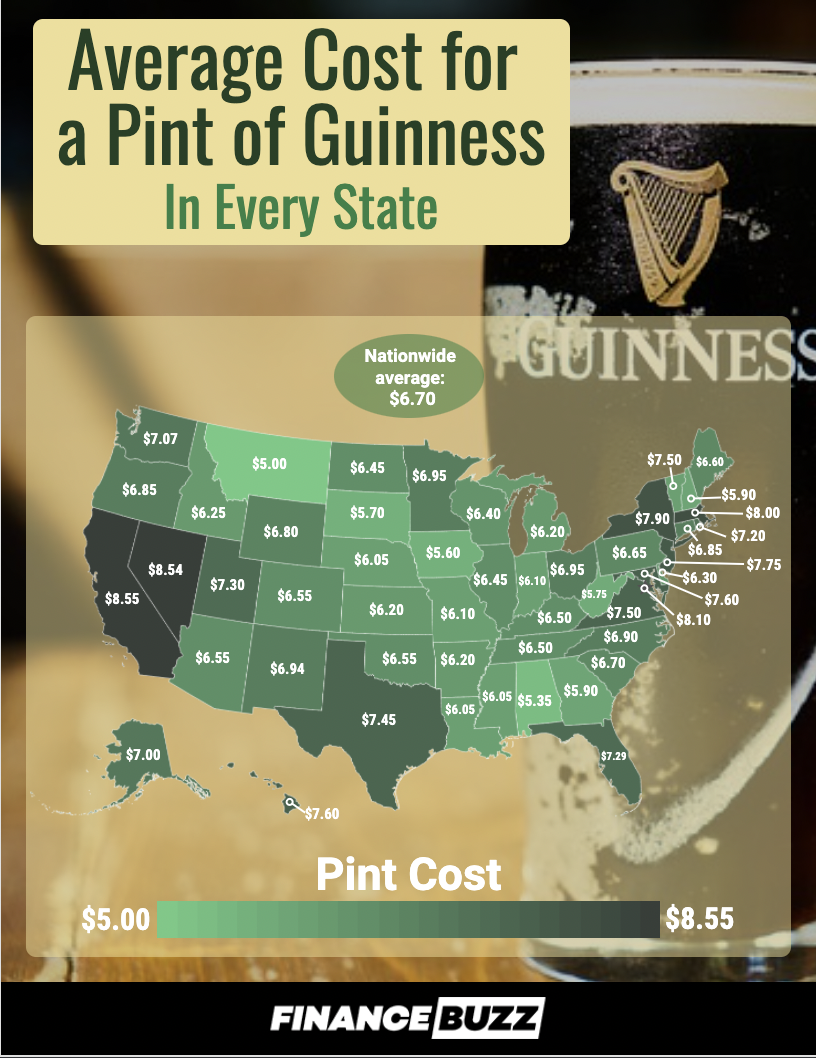 The most expensive states for a pint of Guinness in the U.S. are:

The least expensive states for a pint of Guinness in the U.S. are:

The best Irish toasts to raise a Guinness to this St. Patrick's Day