Here are some Guinness facts to brush up on before you indulge on St. Patrick's Day, March 17! 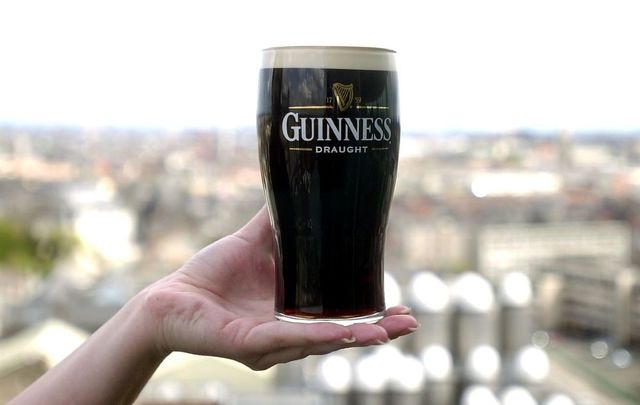 A pint of plain, the black stuff ... here's what to know about Guinness before St. Patrick's Day RollingNews.ie

St. Patrick's Day is upon us, which means people all around the world will be indulging in a celebratory pint of plain!

When you walk into a bar in Ireland, you could shout across at the barman and ask for a pint of plain, the good stuff, or your best and they'll know to start pulling a pint of Guinness.

You could even just walk up to the bar and hold your forefinger in the air, any barman worth his salt would know that you were asking for a pint of Guinness.

Officially the most internationally recognized symbol of Ireland, Guinness is the most popular alcoholic drink in the country and in many other countries besides.

Here are some of the many interesting facts about the black stuff:

Pouring a pint of Guinness is a skill.

A “perfect pour” should take 119.5 seconds. The first pour must be poured into a pint glass that's held at 45 degrees to the draft and then left to rest.

After a pause, long enough so what’s in the glass is a perfect black, the rest of the glass is filled, again at a 45-degree angle. What is handed across the bar should have a creamy head and should be served at exactly 42.8 F.

Guinness is brewed in more than 150 countries

These include Nigeria and Indonesia.

40 percent of all Guinness is sold in Africa

Who would have thought that in such a hot climate it would go down so well!

Over 10 million glasses of Guinness are sold every day

Are you doing your part? That’s quite a high quota to fill.

Guinness is the perfect diet drink

A pint of the good stuff contains only 198 calories. That’s less than most light beers, wine, orange juice or even low fat milk.

Guinness does not contain oatmeal, contrary to a popular myth.

This wonderful stuff is made of roasted malted barley, hops, yeast, and water. Also, it’s not black, it's actually a very nice dark ruby red.

The famous advertisement slogan "Guinness is Good For You" is still used around the world.

Though Guinness is now officially on the record as denying this claim, some research does support that Guinness is good for your heart. It was not so long ago in Ireland that pregnant women were told to drink a glass of Guinness every day to fortify themselves and their baby. 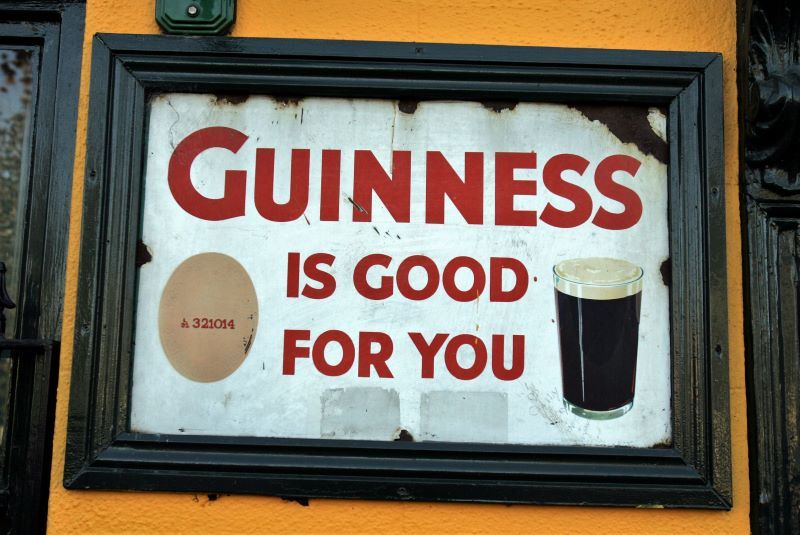 In 1759, when Arthur Guinness was just starting out in the brewing business he had such confidence in his product that he knew his brewery would still be running in 9,000 years' time.

When the Guinness breweries in counties Louth and Kilkenny shut down in 2013...

There was also talk of closing down the Dublin brewery and moving back to Leixlip, Co Kildare, where Arthur’s career in stout making began. A national outcry ensued and now Guinness will be staying put on the banks of the River Liffey.

The time 17:59 was cleverly chosen as 1759, the year that Arthur signed his lease on St. James’ Gate. It also gave most people enough time to finish up work and meet their friends at their favorite pub. It may have been nothing more than massive marketing ploy but it was also one of the largest united parties every held in the world. In almost every country across the globe, merrymakers raised their glasses and cheered “To Arthur!" 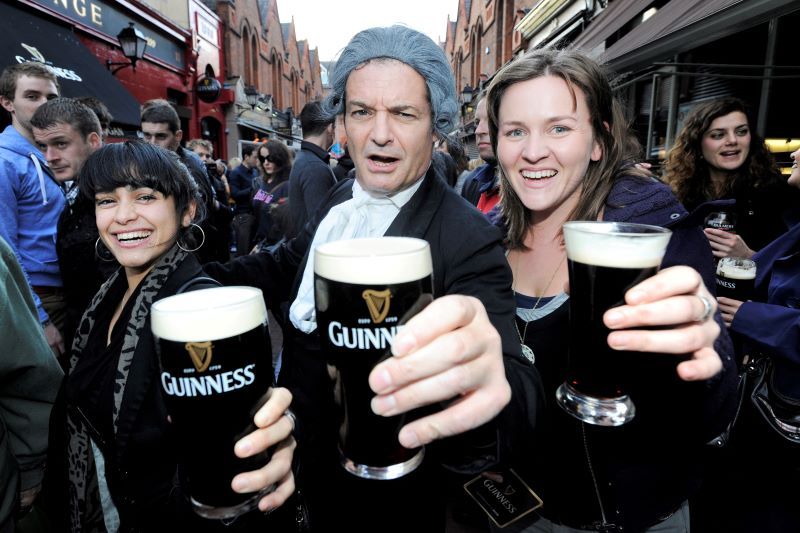 Will you be raising a pint of plain this St. Patrick's Day? Let us know in the comments!