Best places in the world to get a Guinness, according to you!

IrishCentral readers have their say on where the best place in the world is to have a pint of Guinness. 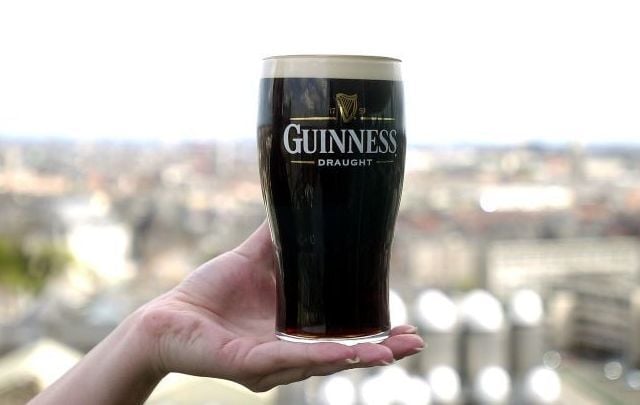 No matter where you go in the world, you're never too far from a good pint of Guinness. RollingNews.ie

Guinness is good for you, no matter where you have it

Last month was Irish Food and Drink Month here on IrishCentral, so we had to ask - where is the best place in the world to get a pint of Guinness?

Read More: This is Ireland's favorite meal, according to you!

With hundreds of responses, one thing is very clear - no matter where in the world you go, you’re never too far from a good pint of Guinness!

Not surprisingly, Dublin, Ireland’s capital city as well as the birthplace of Guinness, was the favorite by a pretty large margin - 56 percent of respondents said it was the best place in the world to get a pint of Guinness:

Dublin is the best place in the world to get a Guinness, according to IrishCentral readers

Read More: Best pubs and restaurants in Ireland, according to you!

In second place was our open-ended response, which provided a mixed bag of locations all around the world.

In the US, Philadelphia, Saratoga Springs, Omaha, Savannah, San Francisco, Chicago, and Raleigh were all among some of the best places to get a pint of the black stuff.

Further abroad, countries like Denmark, Germany, Australia, Canada, and Hong Kong made appearances in the responses.

Other Irish places that popped up in responses included Ennis in Co Clare, Abbeyfeale in Co Limerick, Leitrim Village in Co Leitrim, and Annascaul in Co Kerry.

But perhaps the most heartwarming response of where to get the best pint of Guinness? “My home,” said one respondent, adding “Only allow true friends over here. Family that is not fighting with one another. Best of times always remembered and to be made.”

We’ll drink to that!

Where is your favorite place to get a pint of Guinness? Let us know in the comments!