Sky’s the limit for Irish dance troupe which broke the world record for the highest altitude Irish jig. 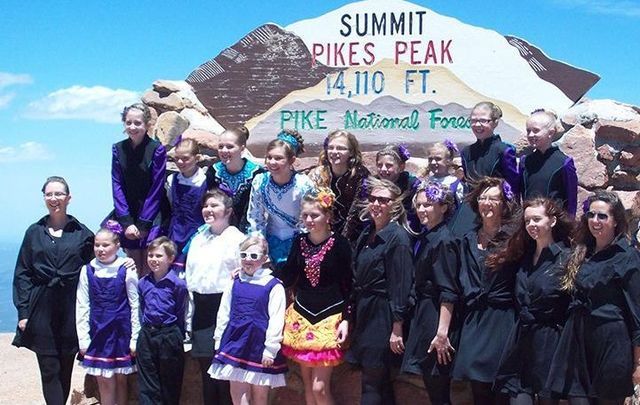 The sky’s literally the limit for this Irish dance troupe which broke the world record for the highest altitude an Irish jig has ever been performed at.

Led by Lauren Richardson, 21, Irish dancers from Mountain Eire Irish Dance School performed a traditional Irish jig, at an altitude of 14,110 feet, on the summit of Pikes Peak, Colorado.

On their site the dance troupe explained that they attempted this feat to celebrate their one-year anniversary. The dancers, with ages ranging from eight to 61, drove to the summit of Pikes Peak, 14,110 feet in elevation so that could set a new world record.

This isn’t the only Irish dance-related world record. Back in 2013, led by the original “Riverdance” lead Jean Butler, 1,693 Irish dancers from  44 countries broke the Guinness World Record for the longest “Riverdance” in history.