From heel clicks, to GAA commentators, the Irish get some pretty strange mentions in the world famous book. 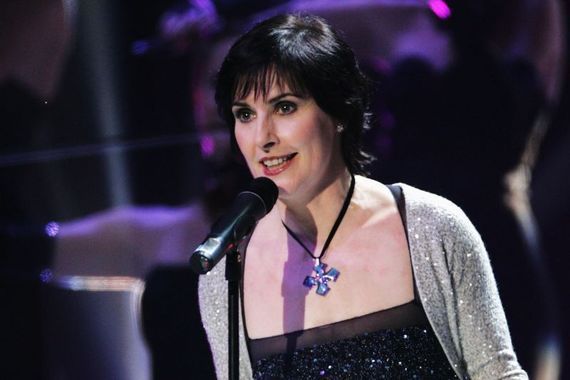 Irish singer Enya holds the World Record for most records sold without ever playing a live show. Getty

Famous around the world, the Guinness World Record was invented by the managing director of Guinness Breweries as a means of settling an argument in 1951. It seemed only fitting that we took a look at some of the weird and wonderful ways the Irish have earned a mention in this amazing book of records.

But first here’s the history lesson. On November 10, 1951 Sir Hugh Beaver, a British engineer and managing director of Guinness was enjoying a shooting party with friends in the North Slob, by the River Slaney, in County Wexford. Beaver missed a shot at a golden plover and he and friends began to argue over which was fastest game bird in Europe.

That evening relaxing at Castlebridge House he tried to find the answer to their questions but failed to find any enlightenment in the reference books available. And so the Guinness Book of World Records was born to help solve silly and strange arguments around the world.

Here are just some of Ireland’s strangest records:

The Irish singer-songwriter Enya is known to be reclusive but this takes the biscuit. The star has sold 70 million albums since 1988 without performing a single concert solo.

The most heel clicks in 30 seconds – Irish dancing: Benedict Devlin.

According to the International Air Transport Association, in the year to May 14, 2012, Irish airline Ryanair carried 76,422 million people.

The Irish amateur scientist, Mary Ward, holds the sad record of being the first person killed in a road accident. On August 31, 1869, she fell from her cousin’s experimental steam-driven car. She was run over and broke her neck in the process.

We fear “Father Ted” has a lot to answer for however, they were raising money for an excellent cause, Pieta House.

Largest consumption of tea per capita: Ireland.In case you were wondering that’s an average of 1,184 cups of tea per person per year or 3.2 cups a day. These figures, which actually doesn’t seem that much per person, were recorded between 1998 and 2000.

Tommy Kinsella served at the same church for 81 years. He began his service at the Church of the Holy Redeemer, Bray, County Wicklow, in April 1917, aged 11. He continued his service until his death on April 1, 1999.

The largest gathering of people dressed as the Hulk: Muckno Mania Festival, Monaghan.

Yes, back on July 13, 2012, a tremendous 574 people showed up to the Muckno Mania Festival, in Castleblayney, dressed up as Marvel’s big green comic character the Hulk.

The heaviest duck egg: Tuam, Galway.The heaviest duck egg was laid by a White Pekin duck owned by Willie and Kitty Costello, of Tuam, County Galway. An amazing feat it weighed 227 g (8 ounces)and measured 14 cm (5.5 in) in height with a circumference of 20 cm (8 in).

The oldest moon map: Knowth, Meath.A carving on a rock at Knowth, Co Meath in the Boyne Valley has been identified as the oldest moon map. It is believed it was carved about 5,000 years ago.

This stone, called ‘Orthostat 47′, is carved with markings that illustrate the landscape on the surface of the moon, showing the shapes of the lunar maria, the dark flat plains.

This mad man played guitar for 114 hours, 6 minutes and 30 seconds, at Temple Bar pub, in Dublin. Dave Brown only rested for five minutes per hour, could rest for no more than 30 seconds between songs and could not play the same song twice in a four hour period.

The most vertical feet run in 24 hours: The Reek Challenge, Croagh Patrick, Mayo.

A team of 11 members of the Reek Challenge ran 59,337 feet up and down Croagh Patrick, in County Mayo. Each climber made 12 ascents and descents.

That’s close to 19 every minute.

The longest journey with a fridge: Tony Hawks.

The English comedian Tony Hawks was inspired to perform this feat when he once saw a man hitching with a fridge. For a £100 bet Hawks traveled the circumference of Ireland, hitch hiking with a fridge. His travels in Ireland were also the topic of his first book “’Round Ireland with a Fridge,” which was also made into a movie.

The most generations born on leap day: The Keogh Family.

Considering a leap day only occurs every 1,461 days the odds were certainly against them!

The most Rubik’s Cubes solved on a unicycle: Adrian Leonard.

The 42-year-old pilot from Northern Ireland solved 28 Rubik's Cubes while balancing on a unicycle.

He completed the task at the Mary Peters Track in Belfast on October 6, 2010.

The most socks worn on one foot: Fiona Nolan.

On March 25, 2011, at Enterasys Networks in Shannon, County Clare, Fiona Nolan managed to squeeze on 152 socks.

The most wins of All-Ireland hurling finals by a team: Kilkenny.

The Kilkenny Cats won 34 All-Ireland Championships between the years of 1904 and 2012.