Thin Lizzy’s Phil Lynott’s Mam’s life to be made in to movie, “My Boy”

"My Boy" a memoir by Philomena Lynott, the mother of Irish rockstar Phil Lynott, is to be turned into a movie and will follow her life and relationship with her son. 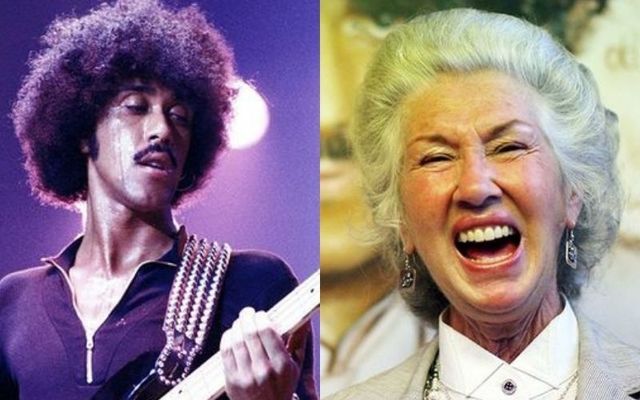 A memoir by Philomena Lynott, the mother of Irish rockstar Phil Lynott, is to be turned into a movie.

"My Boy: The Philip Lynott Story", written by Philomena Lynott and music journalist Jackie Hayden, has been optioned by Shy Punk Productions.

The script will be written by award-winning novelist and screenwriter Kit de Waal, whose grandmother was from Wexford, and her writing partner Dean O’Loughlin.

Originally published by Hot Press Books in 1995, the best-selling memoir follows Philomena's life as a single mother bringing up a young black child in Manchester and Dublin, through the heavy success of her son's band Thin Lizzy, to the tragic chain of events that ended her son's life and plunged her into depression.

News of the movie adaptation follows soon after the recent documentary film "Songs for While I’m Away", also about Lynott, which was in cinemas recently and was aired on RTE1 television.

“I have always believed that My Boy would make a brilliant film,” said Hot Press editor Niall Stokes. “It is an extraordinary human-interest story that says so much about the appalling way in which women were treated in Ireland and in England in the 1940s and the 1950s – but also about the desperate compromises that women were forced to make.

Phil Lynott was an Irish singer and a founding member of the hugely successful group was Thin Lizzy.

He was known for his imaginative lyrical contributions including working-class tales and numerous characters drawn from personal influences and Celtic culture.

He sadly suffered from a drug addiction and passed away in 1985. In 2005, a statue in his memory was erected in Dublin.

His mother Philomena died in 2019 and was praised for her work campaigning for LGBTQ+ rights and against drug use.