Who is Phil Lynott? A look at the Irish rocker for Thin Lizzy’s 50th anniversary

Phil Lynott, a proud Irish man, was the founder of one of Ireland's most iconic rock bands, Thin Lizzy. 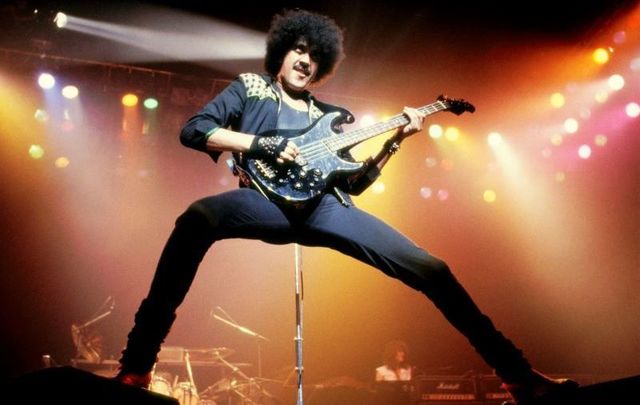 Phil Lynott, a proud Irish man, was the founder of Thin Lizzy, one of Ireland's most famous rock groups

Thin Lizzy celebrates its 50th anniversary this year and is known the world over as one of Ireland's most beloved rock groups.

Read More: Thin Lizzy have their very own stamp to mark 50th anniversary

Headed up by Phil Lynott, who grew up in Dublin, the band enjoyed a string of hits including most famously “The Boys are Back in Town," "Jailbreak," and a cover of “Whiskey in the Jar.”

Below, a look at Phil Lynott, the frontman of Thin Lizzy, and his fascinating life.

Where was Phil Lynott born?

Philip Parris Lynott was born to Philomena Lynott, a white Irish Catholic, and Cecil Parris, a Brazilian, in West Bromwich, near Birmingham, in the United Kingdom on August 20, 1949.

As a child, Lynott lived in Moss Side in Manchester before moving to live with his grandparents in Crumlin, Dublin while he was still in school. Later, Lynott lived in Clontarf as an adult.

Though he was born in the UK, Lynott is remembered as a proud Irish man. In a 2013 interview, Thin Lizzy guitarist Scott Gorham told The Irish Independent: "Phil was so proud of being Irish. No matter where he went in the world, if we were talking to a journalist and they got something wrong about Ireland, he'd give the guy a history lesson. It meant a lot to him." 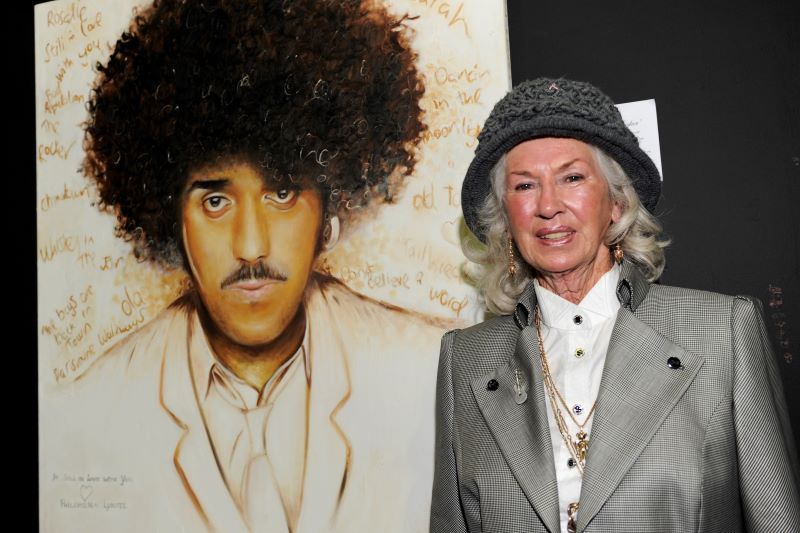 Philomena Lynott beside a portrait of her late son in 2010 (RollingNews.ie)

How was Thin Lizzy formed?

According to the Thin Lizzy website, Phil Lynott joined the group The Black Eagles as the lead vocalist when he was a teen living in Dublin. Brian Downey, whom Lynott was friends with at the Christian Brothers School in Crumlin, played drums for the band.

After The Black Eagles, Lynott joined up with Skid Row, who was headed by Brush Sheils. Around that time, Lynott first began to learn how to play the bass. In 1968, Belfast native Gary Moore replaced the guitarist in Skid Row and later that year the band released their first independent single “New Faces, Old Places.”

Sheils opted to reform Skid Row as a three-piece group, which led Lynott to exit and form his own band Orphanage which featured Brian Downey on the drums, Pat Quigley on bass, and Joe Staunton on guitar. The group wrote and performed original material. Downey later said: “Quite a few of the melodies that ended up on the first Lizzy album were being thrown around in Orphanage.”

In the later part of 1969, Orphanage was approached by guitarist Eric Bell who suggested the formation of a new band with Lynott, Downey again on drums, and Eric Wrixon on keyboards. This gave way to the first configuration of Thin Lizzy. Wrixon exited the band later in 1970, followed by Bell in 1973. In the following years, the roster changed.

How many albums did Thin Lizzy release? 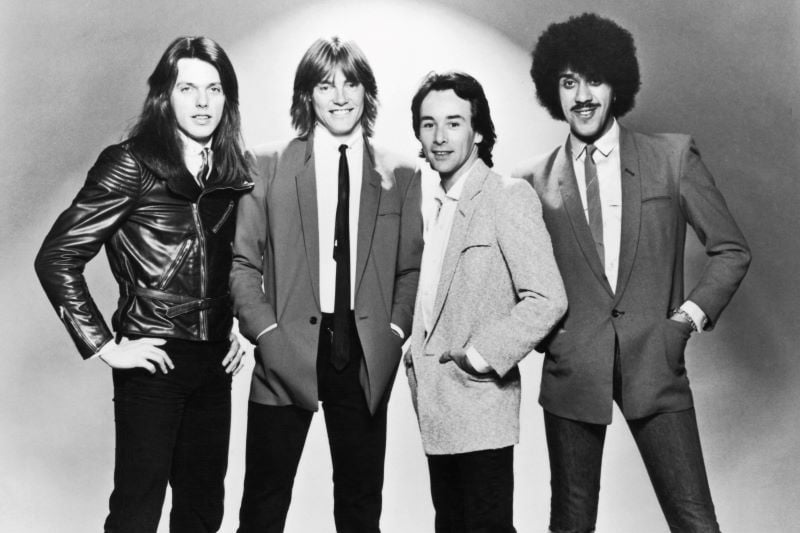 Who are the members of Thin Lizzy?

First formed in 1969, Thin Lizzy has endured many iterations. Here's who has officially played in the band:

Yes - Lynott recorded two solo albums: “Solo in Soho” in 1980 and “The Philip Lynott Album" in 1982. Both were well received by critics.

In 2001, nearly twenty years after Lynott's death, "Live in Sweden 1983," a recording of a performance by Lynott's solo band, was released.

In 2010, "Yellow Pearl," a compilation of songs composed by Lynott, was released. It took its name from one of the songs on Lynott's 1980 album "Solo in Soho."

Did Phil Lynott have children?

Phil Lynott had two daughters with his wife Caroline Crowther: Sarah, born in 1978, and Cathleen, born in 1980. Phil and Caroline’s marriage fell apart after only about four years due to his escalated drug use.

In 1968, Lynott gave up his first son for adoption. In 2003, Galway-based sculptor Macdaragh Lambe came forward claiming to be Lynott’s son, which Lynott’s mother Philomena later confirmed to be true in 2010. 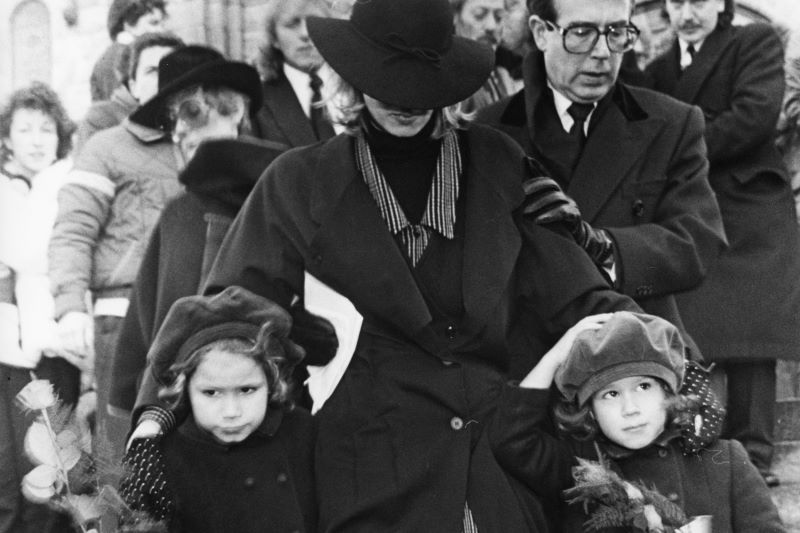 What books did Phil Lynott write?

Aside from being a talented musician, Lynott was also a keen poetry writer. In 1974, his book of 21 poems entitled “Songs for While I’m Away” was published. All of the poems in the book except for “A Holy Encounter” were lyrics from Thin Lizzy songs. Only 1000 copies were printed.

In 1977, the second volume of Lynott’s poetry was published entitled simply “Philip.”

In 1997, the two initial volumes of Lynott’s poetry were printed as one edition, again entitled “Songs for While I’m Away." 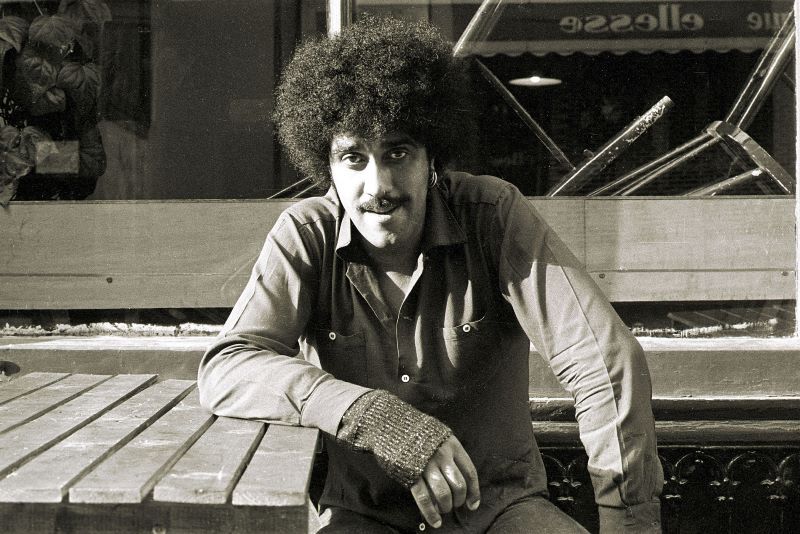 When did Phil Lynott die?

Following years of drug and alcohol abuse, Lynott died from pneumonia and heart failure due to septicemia in London on January 4, 1986, at the age of 36.

Though he died in London, Lynott is buried in his beloved Dublin at St. Fintan's Cemetery in Sutton. 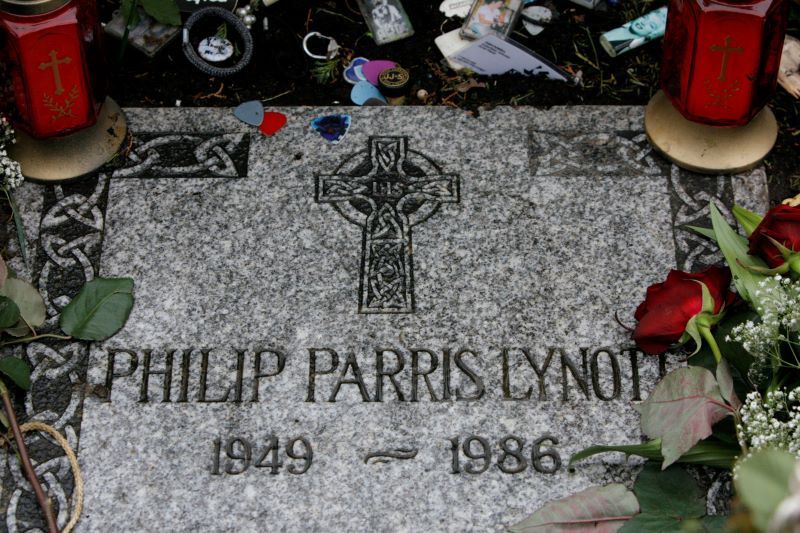 Where is the Phil Lynott statue?

The bronze statue honoring Phil Lynott is located on Henry Street in the southside of Dublin's City Center, right outside Bruxelles pub. 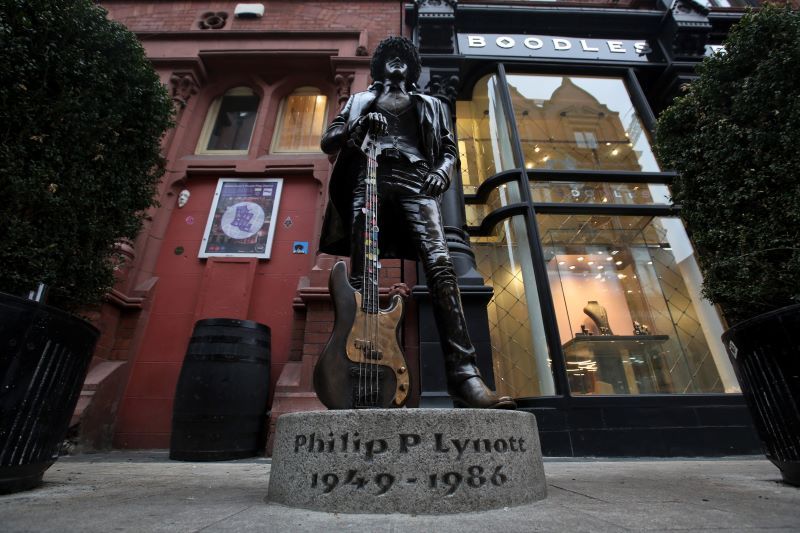 Is Thin Lizzy in the Rock and Roll Hall of Fame?

Not yet. This year, Thin Lizzy has been included as one of the nominees for the 2020 Rock and Roll Hall of Fame inductions. 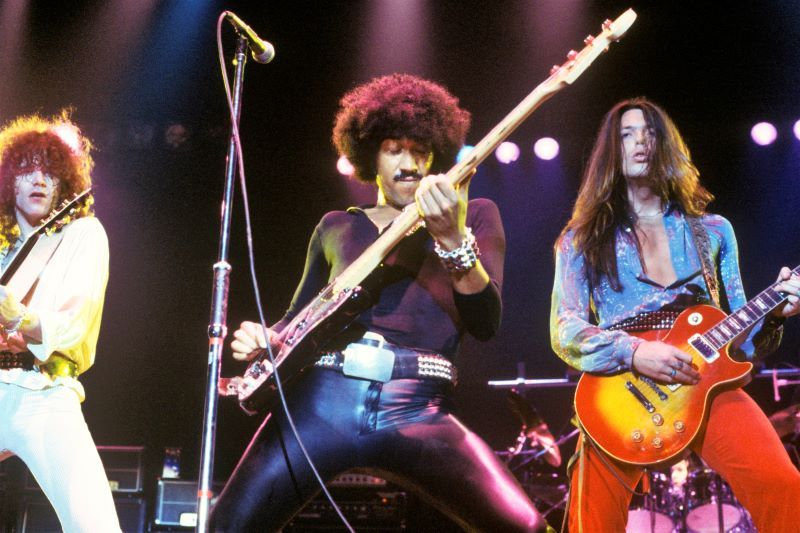 What's your favorite piece of work from Phil Lynott? Let us know in the comments!