Emer Reynolds's is a fascinating insight into one of Ireland's most enigmatic and charismatic musicians. 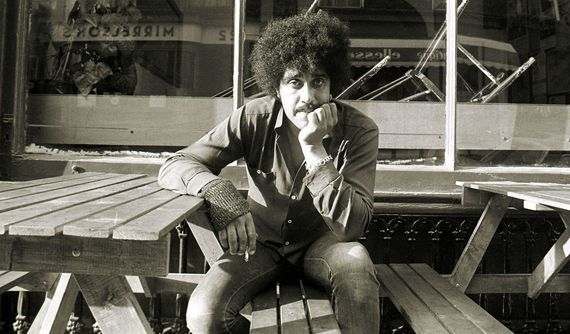 A powerful new documentary examining the life of Thin Lizzy frontman Phil Lynott explores how a mixed-race boy from Dublin's inner city rose to become one of the biggest stars to ever come out of Ireland.

Emer Reynolds's "Phil Lynott: Songs for While I’m Away" charts Lynott's meteoric rise as the frontman of one of Ireland's most popular rock bands while showcasing the Dubliner's terrific songwriting ability.

An avid Thin Lizzy fan, Reynold's wanted to tell Lynott's story through his own words and his music.

"That was the key note in terms of how we would approach it, and obviously, tragically, not being able to interview him himself. Really having to be creative about how we might build it around his own words," she told the Irish Examiner.

Lynott died tragically on January 4, 1986, at the young age of 36 from heart failure and pneumonia. The musician had developed a dependency on drugs and alcohol in the years preceding his death and collapsed in his home on Christmas Day, 1985.

Finding appropriate audio clips to use for the documentary proved difficult due to Lynott's premature death and Reynolds said that it was quite difficult to source material that showed the Thin Lizzy frontman talking about the more meaningful things in his life.

"He seemed to be pretty keen in interviews to talk about the tours and the gigs and the craic. He didn't find it as easy to dig deeper or reveal himself."

Unable to talk to Lynott himself, Reynolds did the next best thing by talking to those closest to him during his life, including his wife Caroline Crowther and his daughters Sarah and Cathleen.

Reynolds said that she also wanted to tell the story of Lynott's storied life through Thin Lizzy's iconic music, arguing that the band's songs were Lynott's way of expressing himself.

She said that audience members are invited to interpret the meaning behind Lynott's songs as they please and that her interpretations are not definitive.

Reynolds didn't just use Thin Lizzy's music to tell Lynott's story, however. The director said that she also wanted to showcase his lesser-known music to people who may not have heard it before, including some of her own personal favorites.

"There's a song in the film called Dublin which is given a starring role, as he leaves Dublin," she said. "That's one of my favorites because it has very beautiful lyrics, a very poetic turn of phrase. I love the sound. And I think if people only know the Boys are Back in Town or Don't Believe a Word, they will be surprised by a song like Dublin."

All told, Reynolds's film offers a fascinating insight into one of Ireland's most charismatic rockstars. Born to a white Irish Catholic mother and a Brazilian father in 1949, Lynott grew up in inner-city Dublin in the 1950s.

He had briefly attended school in Manchester, but his mother decided to send him to Ireland to live with his grandparents on account of the racism he encountered from his schoolmates.

After several failed ventures with various Dublin bands, Lynott helped to co-found Thin Lizzy in 1969 and the band would go on to become legends of Irish music with enduring hits like "Whiskey in the Jar", "Sarah, "Dancing in the Moonlight", and "The Boys Are Back in Town".