Richard Harris was placed on an IRA hit list after speaking out about the Harrods Bombing in London in 1983, his son Jared Harris has revealed. 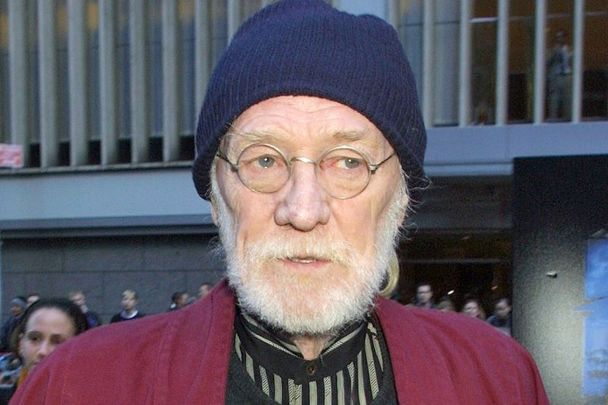 November 11, 2001: Irish actor Richard Harris attends the premiere of "Harry Potter and the Sorcerer's Stone" at the Ziegfeld Theatre in New York City. The 72-year-old star of stage and screen died October 25, 2002 in a London hospital. Getty Images

The son of Irish actor Richard Harris has revealed that he was accompanied by armed guards while walking throughout New York after his father was placed on an IRA hit list.

Jared Harris, a BAFTA-winning actor who starred in the hit HBO miniseries "Chernobyl" among many other works, said his father Richard Harris was placed on a hit list after speaking out about the IRA Harrod's Bombing in London in 1983, which left six dead, including three police officers and three civilians.

Although Richard Harris, who was born in Co Limerick, was a vocal supporter of a united Ireland, he publicly condemned the bombing and the carnage it caused.

"All he could mutter was, 'dreadful, just dreadful,” but his tears said it all," Joe Jackson wrote of Harris' reaction to the Harrods bombing in his book "Richard Harris Raising Hell and Reaching for Heaven".

Speaking to the Sunday World ahead of the release of a new biopic about his father's life, Jared Harris recalled being escorted by an armed guard in New York after his father reacted to the bombing.

"I remember walking around New York City with an armed guard accompanying us everywhere we went at the time when the threat was considered to be biggest," Jared Harris told the Sunday World.

"Prior to that, he was a very vocal proponent of a united Ireland. He was pro the cause, but not the method after the Harrods bomb."

Harris said he does not look back on the period as an "especially scary period", adding that it was "like something out of a movie when the good guy always survives".

He said his father "said what he thought and didn't worry too much about what others thought".

The actor added that he is proud of his Irish roots but admitted that he has given up trying to claim to be Irish after being bluntly told that he would never be accepted as Irish.

"I remember being in Ireland doing a movie and I said that I thought of myself as Irish," Harris told the Sunday World.

"I was told quite bluntly that I needed to realize that I'll never be treated as Irish. I was not brought up there, I'm not part of the culture and that's it."

He said he has "tremendous love and respect for Ireland" and added that he is proud of his father's connections to the Emerald Isle but said he can't pretend to be Irish.

"That's because of the history between the two countries and in Ireland, everything is very tribal. Especially when it comes to Ireland and England."

Harris was speaking ahead of the release of the Sky Arts biopic "The Ghost of Richard Harris", which is available to watch on Sky Arts now.