U2 frontman Bono revealed in his memoir "Surrender: 40 songs, one story" that he has received death threats from the IRA, Dublin gangsters, and the American far-right. 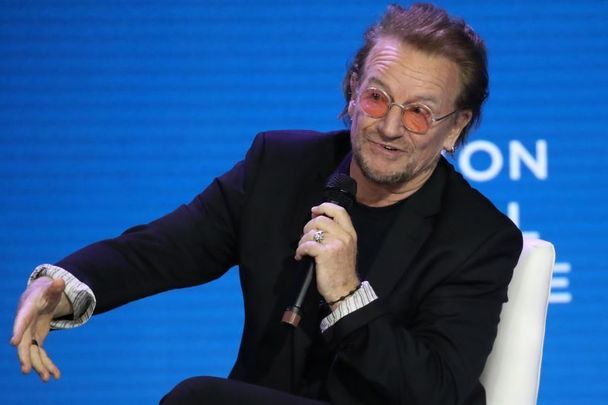 Former Sinn Féin President Gerry Adams has said that Bono's claim that he was an IRA target is "news to me and to anyone else close to republican thinking".

U2 frontman Bono revealed in his memoir "Surrender: 40 songs, one story" that he has received death threats from the IRA, Dublin gangsters, and the American far-right.

The memoir, which will be released on November 1, also states that Bono's wife Ali was an IRA target.

Adams, however, expressed bemusement at the claims.

The former Sinn Féin President, who has consistently denied involvement in the IRA, dismissed the claims in his column for the Belfast-based outlet the Anderstown News.

"I understand from press reports that he says his wife Ali and he were targets for the IRA," Adams wrote.

"That’s news to me and I’m sure to anyone else close to republican thinking back in the day.

"Bono is also quoted in some news reports claiming that I hate him. Nope, Paul, not me. You must be mixing me up with someone else.

However, Adams took issue with some of Bono's previous remarks about the Troubles, accusing the U2 frontman of providing "shrill, ill-formed, and unhelpful" commentary.

"However, you weren’t on your own. You echoed the Irish establishment line. It was the wrong line for decades. A failure of governance and the abandonment of responsibility to lead a process of peace and justice. Thankfully that changed. But it took a long time," Adams wrote.

"Despite this, some of us got through it all. With or without you," he added.

In his upcoming memoir, Bono recalled an interview when Adams said the U2 singer "stinks". Adams also mentioned that U2's "opposition to paramilitaries of all kinds had cost the IRA valuable funding from the US".

Bono wrote that Adams's interview was a "vexed signal" to IRA sympathizers to "knock U2 off their national perch".

He said police later advised him to increase security around him following the kidnapping of dentist John O'Grady in 1987.