Michael Flatley, ahead of the release of his new movie "Blackbird," says his mom told him to "go make a few movies" when he was touring with "Lord of the Dance." 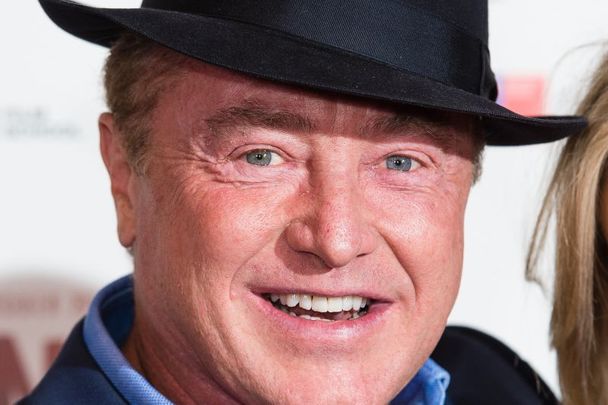 Michael Flatley is gearing up for the Irish theatrical debut of his highly-anticipated film "Blackbird," which the world-famous Irish dancer wrote, directed, and stars in.

Flatley, 64, revealed how his mother, Co Carlow native Elizabeth ‘Eilish’ Flatley (née Ryan), encouraged him to pursue filmmaking - even at the expense of hanging up his Irish dancing shoes.

“God bless her, she was always after me," Flatley said on BBC Breakfast this week. "For 25 years, we toured the world with Lord of the Dance; we sold out every big venue from Mexico to Moscow, from Tokyo to Madison Square Garden in New York, we were very, very blessed.

“And on Sundays, my dear old Irish mum would call and say ‘Give up that ol’ dancing now and go make a few movies.’”

Flatley said he wasn’t about to give it up as 200 were people counting on him for their livelihoods, and that he was also “making a few quid, if I don’t mind saying so.”

He continued: “Of course, I got a lot of miles on me and my body started to argue back and as a result, St. Patrick’s Day 2016 was my last dance at Caesar's Palace in Las Vegas.

“She was on the phone and she said, ‘you have no more excuses.’ So I gave her my word and here we are. Happy days.”

Sadly, Flately’s mom didn’t live to see her son on the big screen.

“It’s exactly the kind of movie she would have loved.”

'It's exactly the kind of movie she would have loved'
Riverdance star Michael Flatley told #BBCBreakfast that his latest career move in a spy thriller is what his mum would have always wanted pic.twitter.com/Gs4N89pqKf

While she may have nudged her son into making movies, Elizabeth ‘Eilish’ Flatley also helped instill his love of Irish dance.

Speaking at their mother's funeral in Ireland in 2017, Michael's sister Annie said: "Mom recognized Michael's talent very early on and they worked together to make Irish dancing what it is today - an art form that is recognized the world over."

Indeed, Irish American Flatley was a driving force in launching Irish dance into the mainstream through "Riverdance," "Lord of the Dance," and "Feet of Flames."

Michael said at the funeral: “We were blessed that my mother and my grandmother (Hannah Ryan, also a champion Irish dancer) both carried on the tradition and gave us the opportunity to do something that is uniquely Irish."