Comedian Katherine Ryan shared that she decided to christen her 12-month-old son because Catholicism is considered important to her Irish family. 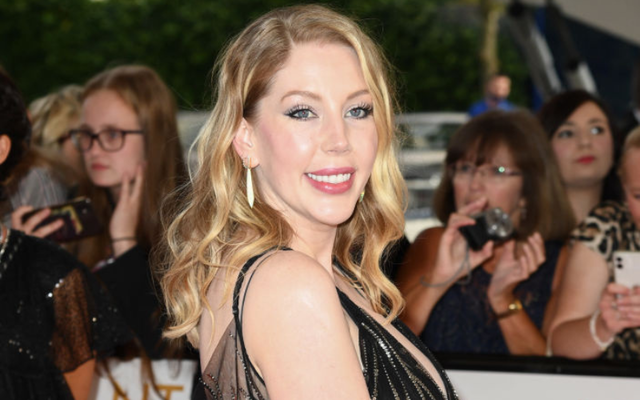 Comedian Katherine Ryan has shared that her son was christened in County Cork surrounded by his Irish and Canadian family.

In the latest podcast episode of "Katherine Ryan: Telling Everybody Everything", the comedian and TV star told listeners that she recently traveled to Ireland with her family to christen her son.

Ryan was joined in Cork by her husband Bobby and daughter Violet, as well as their family and friends from Canada and Ireland to celebrate 12-month-old Fred.

"My family are from Cork, and Fred was not yet christened and that is very important to my dad - Catholicism is not important to me but making people happy if it doesn't put me out too much, that is important to me," she explained.

She later shared a series of family photos from the big day to her 800k Instagram followers, showing her and her daughter wearing matching floral dresses.

While in Ireland, Ryan was also touring her comedy show "Missus" in Cork, Belfast, and Dublin and admitted it was a "bit hectic."

In an interview with Independent.ie, she shared the wise advice her father Finbar Ryan gave her before she performed in front of the Irish audience,

“When I was in Cork, he said: ‘What you have to say to the audience is, growing up, we had the Father, the Son and Holy Spirit, but in Cork, we had Jimmy Barry-Murphy, Roy Keane and Munster rugby."

Originally from Ontario, Ryan moved to the UK in 2009 and found fame on the TV show "8 out of 10 Cats". Since then she has gone on to perform sold-out stand-up tours, star in the Netflix series "The Duchess" and her new Amazon series, "Backstage with Katherine Ryan", has just been released.

Speaking to the Irish Examiner last year Ryan says she's always connected with the Irish tendency to find humor no matter what the circumstance, "You can always find lightness in the dark, I love that. The Irish experience is such a rich history of resilience and of trauma. And they find a way to turn that into comedy."