In 2019, the Duke and Duchess of Cambridge visited the Guinness Storehouse in Dublin, and now Kate Middleton's dress is making history. 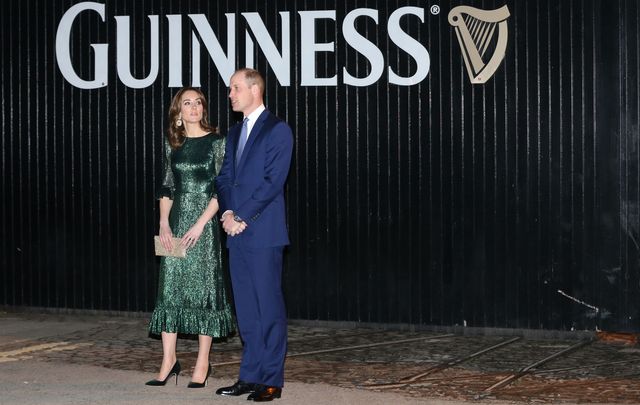 The Duchess and Duke of Cambridge, Kate Middleton and Prince William, photographed in March 2019 at the Guinness Storehouse, in Dublin. RollingNews

The emerald green gown designed by Susie Cave of The Vampire’s Wife, worn by Kate Middleton when she visited Ireland in 2019 has been named the Dress of the Decade by Vogue.

A Royal Family state visit to Ireland makes world headlines regardless but it seems that Kate Middleton's 2019 choice of apparel has made it into the glossy mags... again! The emerald green gown she chose to wear the evening that Prince William and Kate supped on a "pint of plain" has made fashion history.

The gown designed by Susie Cave of The Vampire’s Wife was voted as the Dress of the Decade by Vogue.

During their state visit to Ireland in March 2019, of course, the Duke and Duchess of Cambridge, Prince William, and Kate Middleton, paid a visit to the Guinness Storehouse, an iconic spot and the most popular tourist attraction in the Republic of Ireland. Kate made the choice to wear a beautiful green dress, as was her want during this trip, and it's now made the headlines.

Also known as the Falconetti dress, the gown designed by Susie Cave of The Vampire’s Wife was voted Dress of the Decade by fashion bible Vogue. Of course, it's little surprise that the Duchess wasn't the only A-list celebrity to wear the gown over the years.

We'd like to add that during her trip Kate and William also visited a lot of wonderful charities, as well as visiting with politicians and dignitaries, those charities included Jigsaw, in Temple Bar, working as advocates for teenage mental health.

Kate and Wills even gave it a go out on a Galway GAA pitch. Check it out! 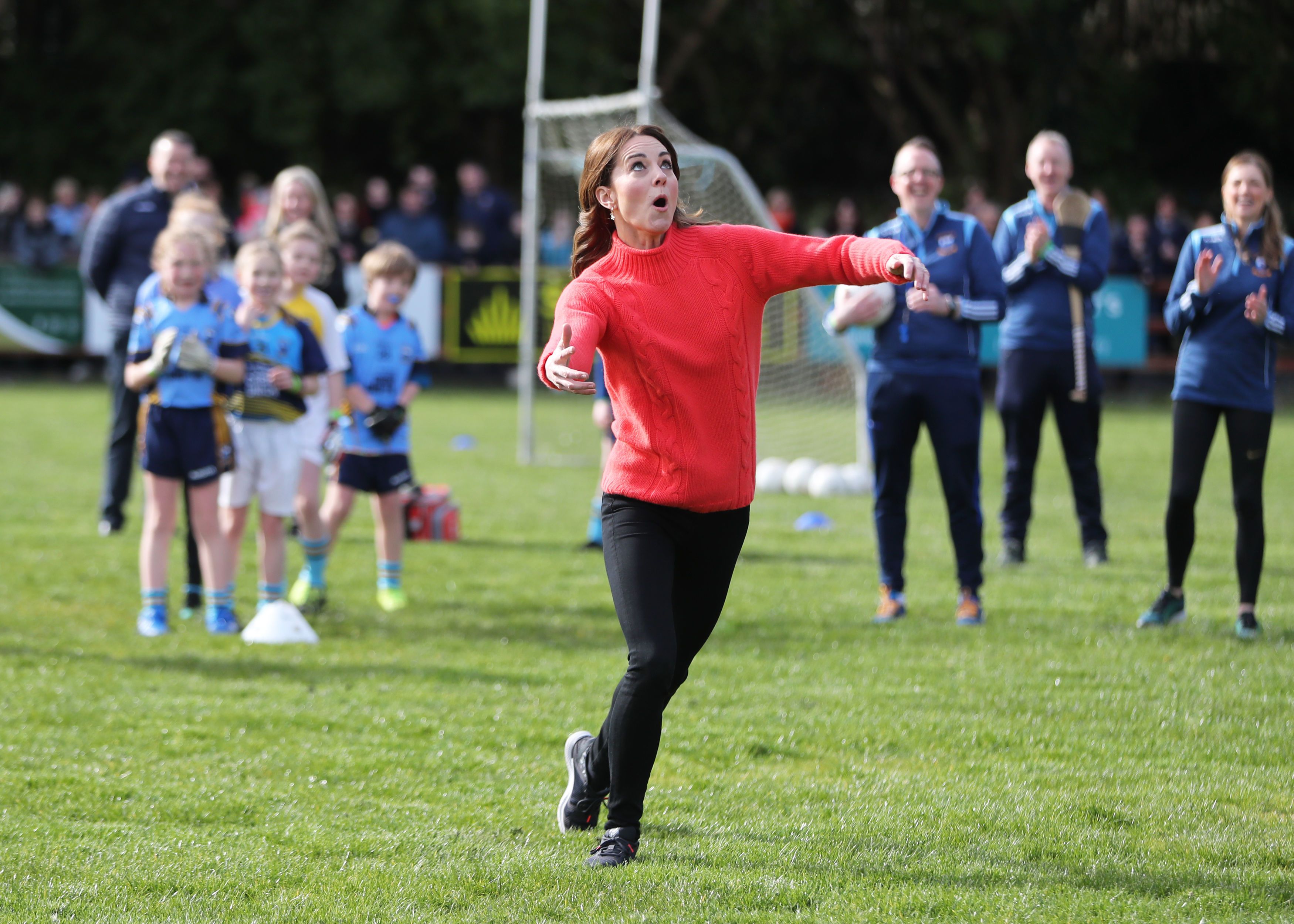 The Duchess of Cambridge, Kate Middleton, giving it a go on a GAA pitch in Galway.

The Royal pair also snuck away for a few a walk by themselves along the beautiful cliff walk, just up from the village of Howth (pronounced Hoe-th, see video below), in north Dublin. And even there... the cameras found them. 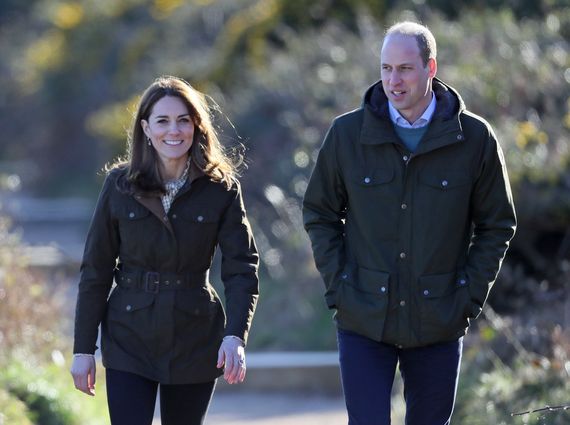 The Duchess and Duke of Cambridge, Kate Middleton and Prince William, walking in Howth, in North Dublin.

In case you missed that trip to Guinness, among the other worthy visits they made during their visit to Ireland, here's a recap from People (including some dubious pronunciations) :

"Kate Moss, an early admirer of her fellow ’90s catwalk queen’s work, describes Cave’s frilly-hemmed frocks as “Little House on the Prairie dresses” gone luxe. Florence Welch, who wears the old-fashioned designs on and off-stage says, “They make you look like you’re practicing witchcraft in a very romantic cult”. Princess Beatrice, Cate Blanchett, and Jennifer Aniston have all emulated Cave’s gothic heroine-meets-Victorian lady sensibility in the Falconetti. And, circa 2018, there was not a red carpet that didn’t witness its ethereal sisters – the Festival, the Cinderella, and the Belle – swishing past the cameras. The Vampire’s Wife’s unassumingly sexy dresses looked good on everyone."