Prince William says he was inspired by JFK's ambition to land a man on the moon before the end of the 1960s. 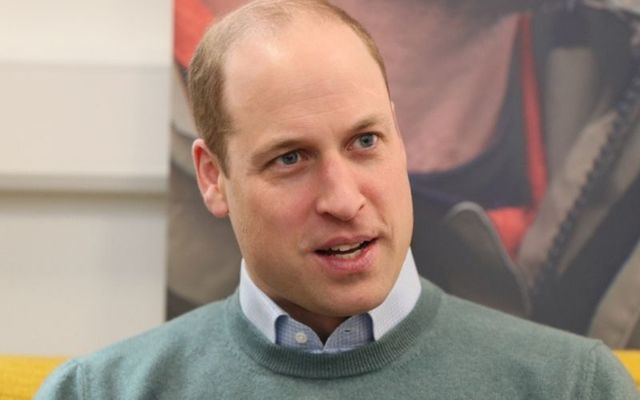 Prince William says that his new Earthshot Prize, which awards people with large sums of cash for coming up with environmental solutions, was inspired by John F. Kennedy's ambitious 1961 target of landing a man on the moon by the end of the 1960s.

The Duke of Cambridge launched the Earthshot Prize initiative at his first TED Talk on Saturday, Oct. 9, a competition that will award five $1.3 million prizes each year until 2030 to the people with the best solutions for saving the planet.

He had first announced the Earthshot Prize in late 2019 with his wife Kate Middleton and the pair are reportedly teaming up with Planet Earth's David Attenborough to run the program.

Prince William said in his TED Talk that the new environmental award was inspired by the late John F. Kenned's ambition to land a man on the moon.

"I've long been inspired by President John F Kennedy's 1961 mission to put a man on the moon within a decade — he named it the moonshot," Prince William said during the TED Talk.

However, the Duke of Cambridge said that people now need to focus on "earthshots" instead of moonshots.

"We must harness that same spirit of human ingenuity and purpose and turn it with laser-sharp focus and urgency on the most pressing challenge we have ever faced – repairing our planet."

The oak trees are almost 1,000 years old, he said, and in that time humans have learned to fly, invented computers, and left the earth's atmosphere.

"Our speed of innovation has been incredible. But so too has the acceleration of our impact," he said during the talk.

He also outlined some of the goals of the new Earthshot Award, which include reviving the oceans, cleaning the air, fixing the climate, and building a waste-free world. He also hopes to help protect and restore nature and he said that the human race has nothing to lose by trying to implement these goals.

"If we achieve these goals, by 2030 our lives won't be worse, and we won't have to sacrifice everything we enjoy. Instead, the way we live will be healthier, cleaner, smarter, and better for all of us."