The Irish Society for Christian Civilisation (ISCC) says that "Benedetta" being released in Ireland and the UK on Good Friday is "a calculated insult to Christians everywhere." 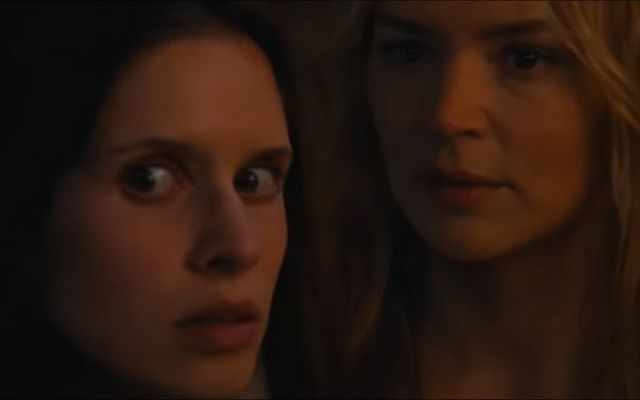 A still from the trailer for "Benedetta." MUBI, YouTube

The Irish Society for Christian Civilisation (ISCC), a Catholic activist group, has launched a petition against the release of "Benedetta" on April 15, Good Friday, across Ireland and the UK.

The movie, directed by Paul Verhoeven, is based on a real-life 17th-century nun, Benedetta Carlini. The film is distributed by MUBI, a streaming platform and production company.

“This movie is a fraud and nothing more than a blatant attack on the Catholic faith," Damien Murphy of the ISCC told The Belfast Telegraph.

"To launch this film on Good Friday is a calculated insult to Christians everywhere," he added.

“And shame on the Queen’s Film Theatre in Belfast for permitting this showing at any time, but especially on this highly significant religious occasion.”

The online petition, which has drawn more than 13k signatures, directly addresses MUBI. It says in part: “I strongly oppose and condemn your distribution and promotion of Paul Verhoeven’s film Benedetta. It offends God, and countless Catholics all over the world.”

The petition claims that the movie “blasphemously” features “several Jesus-on-nun intense ‘make outs’”, “a statuette of Mary Most Holy used as a sex-toy”, and “voyeuristic lesbian nuns’ ‘pornography”.

In 2021, the movie's director Verhoeven hit back at critics who commented on the sex scenes in the movie.

Other Catholic groups who have protested the movie's release include the American Society for the Defence of Tradition, Family, and Property, who gathered outside the film’s New York Film Festival premiere in 2021 with signs calling the film “blasphemous”.

You can watch the trailer for "Benedetta" here: