Filmed at the 1992 St Patrick’s Day Parade in New York, Jump Around is still the most popular Irish-American rap video ever. 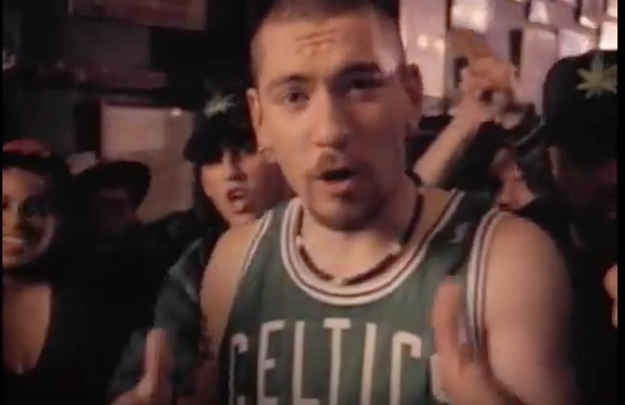 A still from the video of "Jump Around" by House of Pain. YouTube

Twenty-nine years old this year, this House of Pain classic, Jump Around, has become an undeniable Irish American anthem.

It got some extra publicity in 2016 when House of Pain attacked the Donald Trump campaign for using its hit song.

“Jump Around” made frontman Everlast and the rest of House of Pain a household name.The magic has lasted to this day, 29 years after the record was released.

The music video for Jump Around was filmed during the 1992 New York City Saint Patrick's Day parade. Fittingly, the head of Guinness, Connie Doolan, was Grand Marshal. Portions of the video were filmed during the parade route as well as in Central Park and Old Town Bar and Restaurant.

It has been used as well in the television series My Name Is Earl, and in a Pringles commercial in the late 1990s. It also features as darts player Gary Anderson's walk-on music. Also, Tonight Show host Jimmy Fallon lip-synched the song in an annual "Lip Sync Battle" against actor and former NBA Basketball player Shaquille O'Neal on April 3, 2017.

It is danced to at home football games at the University of Wisconsin–Madison, students Jump Around to the song between the third and fourth quarters.

“I’ll tell you a little story that I don’t tell many people," Cypress Hill's Sen Dog told Cueball of Medium in August 2016.

"Muggs gave us the music to 'Jump Around' first for some reason. It was the only time in my life that I could not come up with a good idea to one of Muggs’ songs. So I gave it back to him and told him to give it to Everlast and… boom. That was the last time I told myself I can’t or I won’t. I would not allow another [mental] block after that, because I missed out on a great song (laughs).”

As for Donald Trump, Everlast did not mince words:

"I've been informed [Donald Trump] is using 'Jump Around' at his rallies," Everlast wrote on Instagram. "Stop playing my song, you ignorant racist piece of s--t. Lawyers are already on it. I don't want your money. No amount you offer will get the license. I would love to meet you and smack that comb-over right off your scalp, you scumbag!!!"