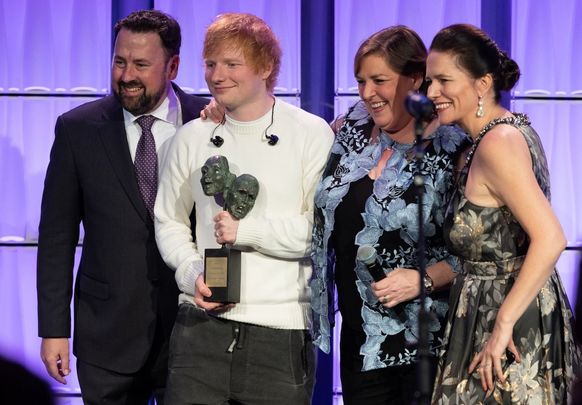 Ed Sheeran, one of the most popular entertainers in the world, was the main honoree, along with Tom McInerney the CEO of Genworth Financial, at the Irish Arts Center's annual Spirit of Ireland Gala in New York, which raised more than $2.5 million.

The amount raised in one night set a new record for the New York Irish Arts Center, which last year moved into its new home on 11th Avenue and now has plans to connect its old space around the corner to the new facility. The center is also celebrating its 50th anniversary in 2022.

Ed Sheeran, who will embark on a massive stadium tour next year, played a brief set that closed with “The Parting Glass.” His grandparents were from Ireland and he spent many summers with Irish relatives while growing up. 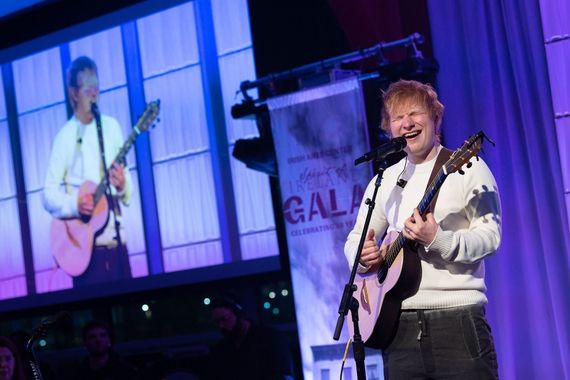 Ed Sheeran performing at the 2022 Spirit of Ireland Gala.

“We are filled with gratitude for everyone who came together at our Spirit of Ireland Gala on Thursday, celebrating 50 years of Irish Arts Center and a milestone in our opening season. A truly magical night,” a Facebook message from the Irish Arts Center said.

“Much love and thanks to honorees Ed Sheeran and Tom McInerney, who helped us raise more than $2.5 million for our annual programming and operations, and special guest Minister Catherine Martin, who gave a brilliant speech about the importance of the arts in Ireland's global strategy and announced an additional $1 million in capital funding for the renovation of our 51st Street historic home, which will eventually adjoin the new building.

“Thanks also to Hilary Hawke, Jared Engel, Nick Reeb, and Sean Kiely for keeping the crowd grooving. Very few dry eyes as Ed Sheeran closed his set with a stunning rendition of ‘The Parting Glass.’ In a word, perfect."