Sligo St. Patrick's Day Parade have released a poignant performance, a meeting of voices between Ireland and America. 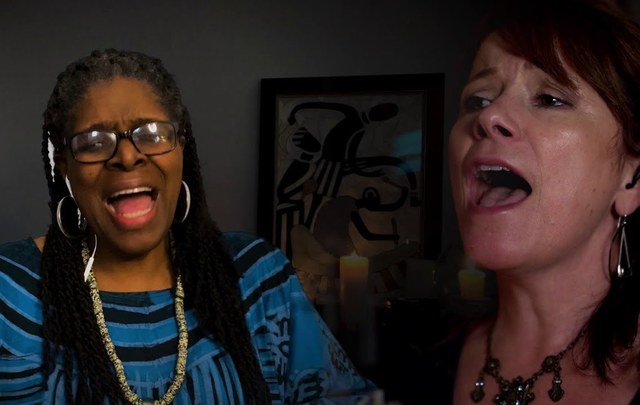 The New Danny Boy video released to honor all those who passed away due to COVID and the frontline workers battling the pandemic.

St. Patrick's Day is a time for celebration, but also of remembrance. Our treasured history, unique culture, the many people who came before us that allow us to celebrate today.

Sligo St. Patrick's Day Parade has released a poignant performance that melds Danny Boy and Amazing Grace by Cathy Jordan and Dr. Kathy Bullock, a meeting of voices between Ireland and America. This piece was produced as a tribute to all those who have passed away during this last year of lockdowns, as well as to the amazing frontline workers to thank them for all their hard work.

Dr. Kathy Bullock is an educator, scholar, singer, accompanist, arranger, and choral conductor who specializes in gospel music, spirituals, and classical works by composers from the African diaspora.  A Professor Emerita of Music from Berea College in Berea, Kentucky, she is currently teaching, performing, and conducting workshops and other programs on African American music throughout the United States, Europe, and Africa.

Cathy Jordan is a singer, songwriter, and multi-instrumentalist, playing guitar, bodhran, bones, and bouzouki. She has been the lead vocalist for the traditional Irish music band Dervish since 1991 and is a solo performer as well. Jordan is also a member of the group The Unwanted. Her first solo album, entitled All the Way Home, was released in January 2012.

Their version of Amazing Grace and Danny Boy was filmed and edited by StudioRove and Fionn Rogers, mixed by Brian McDonagh.