Landing safely on Ireland’s shores marks the origins of one of the world’s most beloved hymns. 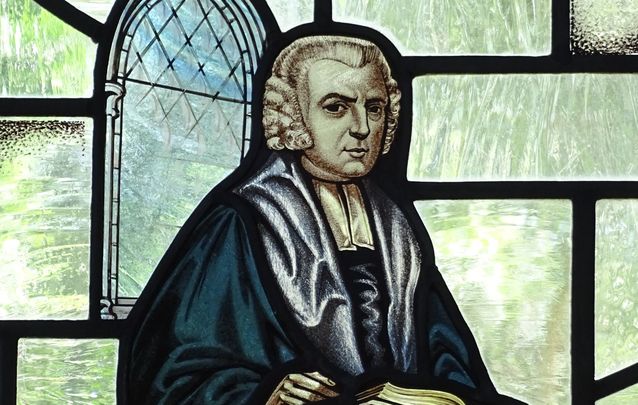 Although everyone knows this beautiful, uplifting hymn, Amazing Grace, not many people know its Irish origins.

The haunting hymn Amazing Grace was penned by the anti-slavery advocate John Newton when he landed in Donegal, safe, having survived a shipwreck. His arrival on Irish shores marked the beginning of his conversion to Christianity and the start of a life of good work. He wrote the first verse in Buncrana, County Donegal.

In 2013 the Irish commemorated Newtown by building a viewing platform at Lough Swilly, near Castle Bridge, County Donegal. The tribute marks the spot where Newton began his conversion to Christianity.

“It was at a very crucial point in his life," Ruth Garvey-Williams, secretary of the Amazing Grace Initiative told NewsLetter.co.uk.

“Up until that point, he was self-described as a wretch. He was involved in the slave trade.

“He was traveling to Liverpool from Africa and because of the trade winds they had a very circuitous route.

“He was caught in a violent storm and found himself crying out for mercy. He thought: ‘what mercy can there be for me, a wretch?’”

The ship managed to make it to safety, but Newton "stepped ashore in Ireland a changed man."

Even though he remained active in the slave trade for another six years, he later became a staunch opponent of the industry.

Garvey-Williams said the idea for the platform, with a mosaic design incorporating the words "Amazing Grace" and the image of the ship, The Greyhound, began in 2006 after Amazing Grace Initiative member Mike Mullins read about Newton’s remarkable story.

The €30,000 project was paid for by the Inishowen Development Partnership using European funding, and by Buncrana Town Council.

“It is extraordinary to think that John Newton’s safe delivery to these shores at Buncrana on that fateful night of April 8, 1748, inspired him to write one of the most well-known and best-loved hymns in the world," said Stormont junior minister Bell.

McGuinness added: “As one of the world’s best-known hymns, Amazing Grace has a worldwide appeal that will draw people to this beautiful part of Ireland, where John Newton started his spiritual journey.”