Playing Danny Boy in New York Steinway, a celebration of the American dream 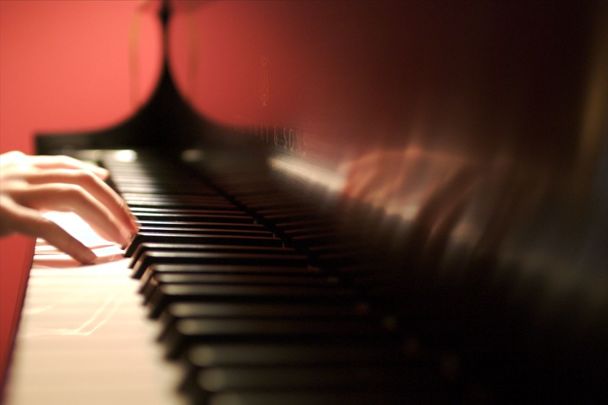 From exploring "piano row" in New York City to a celebration of the Irish American community and music... as good as it gets!
* This article is dedicated to the late Dr. Harry E. McKillop of Hell’s Kitchen and McKinney, Texas.
West 57th Street up to Carnegie Hall used to be called "Piano Row", for good reason.  It was home to the world’s finest piano showrooms in the early part of the 20th century.  My theory of "Just go in, they won’t bite you" paid an infinite dividend one sunny New York day about ten years ago.
I was passing Old Steinway Hall, on 57th Street, marveling at how the concave window showcased a Model D Steinway Concert Grand Piano, without, on account of the curved glass, the distraction of my own magnificent reflection.  I went in.

The fantastic people at Steinway Hall gave me a warm New York welcome and the run of the place.  The breathtaking marbled atrium with its high arched dome and Waterford Crystal Chandelier, said to be a twin for another one at Buckingham Palace, was a piano cathedral of Roman proportions.
Upstairs were rooms and floor after floor of piano history.  John Lennon’s Imagine Piano, Rachmaninov’s piano keyboard, and faster mechanism made especially for him by Steinway, the 500,000th Steinway with its celebration art-case, a full-length portrait of Billy Joel who apparently has five Steinways at his New York home.

I sat and played Danny Boy.  It might all have been a dream except I heard Fred Weatherly’s masterpiece ricochet around the historic halls.  I pinched myself that day in Piano Heaven, New York City. 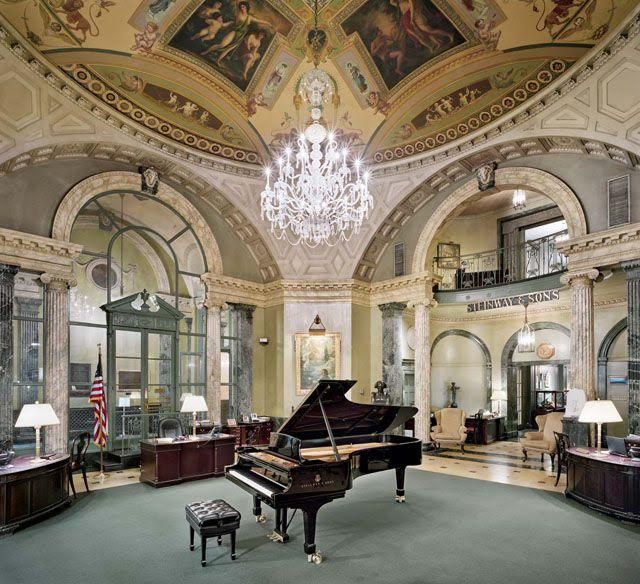 I returned from Dublin again and again and again to Piano Heaven.  Out in Astoria Queens, they make by human hand, high art, exquisite engineering and technology, the world’s finest pianos.
I played Danny Boy and the rest of my Irish repertoire in all of Steinway’s Marble Halls and one day a lunchtime concert with catered-round tables and the finest company.  I sat for lunch between Irish classics with Ron Losby, Steinway CEO, Loretta Brennan Glucksman who during a lifetime’s philanthropy and service to Ireland, purchased and gifted to her native County Cork’s School of Music, 57 Steinway pianos.  These heavenly instruments will sustain Ireland for centuries to come.

Subscribe to IrishCentral
And Dolores McCall of Midland Texas dined and wined with us at Steinway Hall that day too.  Dolores helped commission the ultimate Irish Steinway Model B with its unique golden harp artwork, the Irish national emblem.  Special guest that day was New York artist Gregory De La Haba, Curator in Chief at McSorley’s Old Ale House.  Amazing Irish-Americans who epitomize and embody the Irish-American dream. 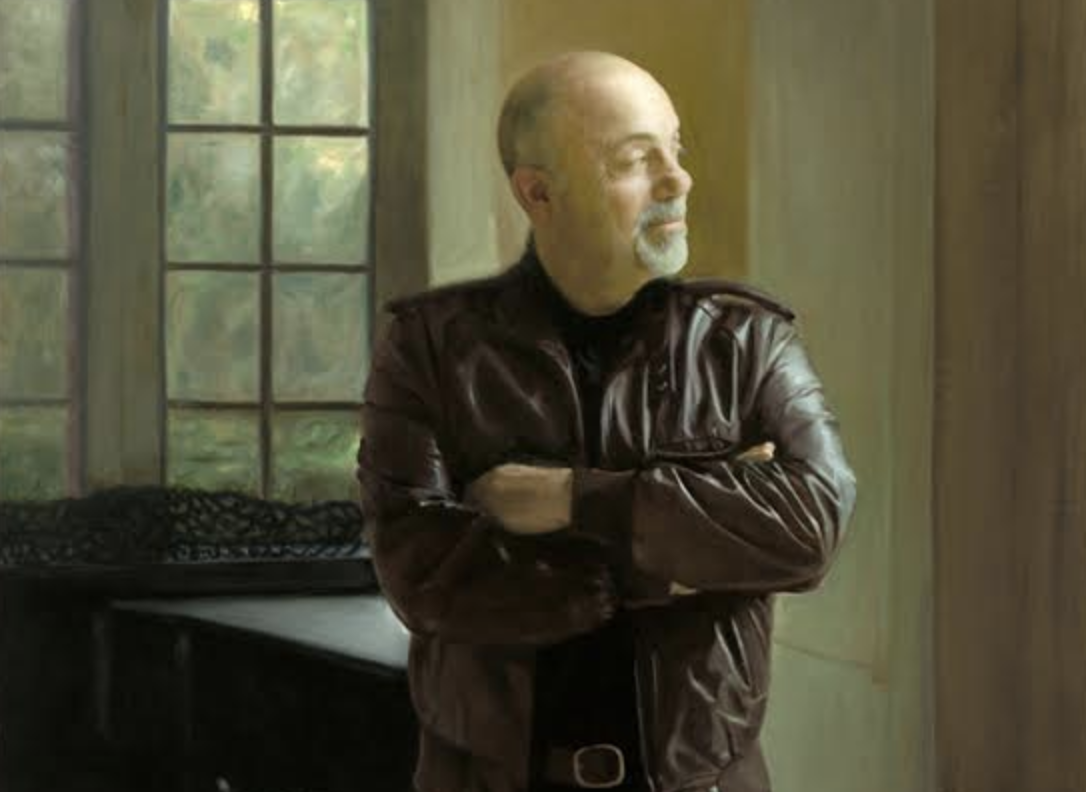 One heavenly thing leads to another.  One musical magical night with Gregory De La Haba at McSorleys in Greenwich Village sparked a conversation into the never-ending Irish-American dream.  Just like that, we collaborated and played the musical art-history of Ireland at Carnegie Hall together on 16th October 2016.
The night before we played Carnegie Hall, the late great Irish-American, John Sharkey, hosted a party for the entire cast, crew, and half of Texas in his splendid East River mid-town penthouse.  John was a very special Irish-American - a complete gentle genius.  He grew up in Hell’s Kitchen, imbued with those honeyed New York qualities of decency, humor, industry, generosity, thoughtfulness, and respect.  John’s grandfather left County Tyrone in Ireland for the promised land and worked all his new life in New York making pianos at Steinway in Astoria Queens. John’s father worked all his life making the world’s finest pianos at Steinway in Astoria Queens. 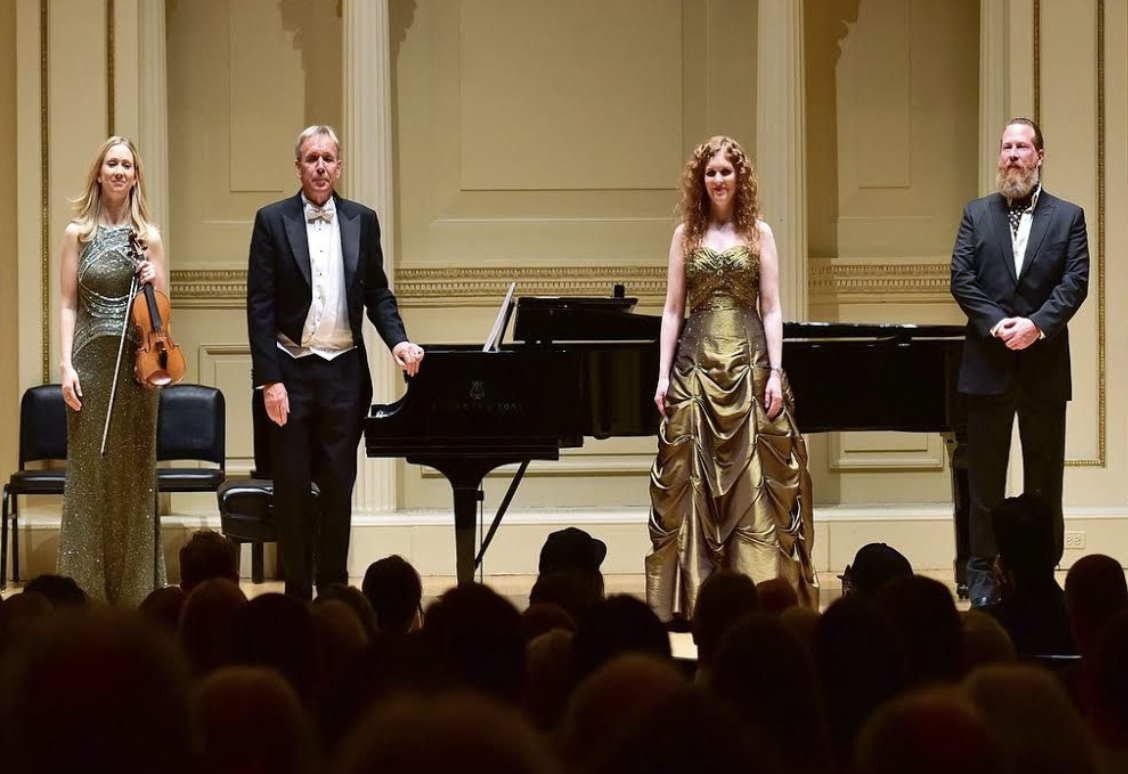 The last time I met with John we went to new Steinway Hall, down the Avenue of the Americas.  It’s like a modern Lamborghini Showroom now with an immaculate post-modern concert hall downstairs.  The wonderful people at Steinway let me play for John Sharkey.  That afternoon in Piano Heaven with John Sharkey was as good as it gets in Irish America.  I will never forget it, will never forget John Sharkey, will never forget the day we played and plowed Old Steinway Hall on 57th Street with these Amazing Irish-Americans.
The world has been knocked sideways by this woeful pandemic.  There will be no grand parade down Fifth Avenue this St Patrick’s Day.  Instead, we can all parade down memory lane with old friends; keeping faith in the infinite capacities of human kinds to spin the planet.
Happy St Patrick’s Day.