Our newest member of IrishCentral team shares her COVID-19 journey, from the Bronx back home to Dingle in the west of Ireland. 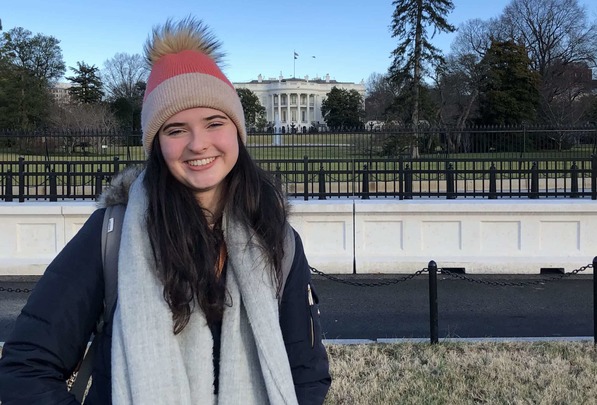 Catherine Devane is our newest addition to the IrishCentral team, and she shares her connection with America and moving back to Dingle, County Kerry during COVID-19.

In September 2019 I moved to New York on the J1 visa program. I have family in Cape Cod and Atlanta, so I’ve been to America before but never for an extended period of time. The J1 visa seemed like a perfect opportunity to see a bit of the world after I finished university, and a great chance to be closer to some family members.

I moved to New York and worked at the Aisling Irish Center, in Yonkers, as a media intern, and I was with them for four months before the pandemic became serious in March last year. It was an odd time with a lot of decisions to be made and changes happening quickly. My walk to work turned into me working from the kitchen table, and all around me people were packing their bags and heading back to Ireland.

Everything outside the four walls of my apartment felt like chaos, but inside myself and my housemate found a sense of calmness and we took to baking (badly), watching movies, and coming up with ridiculous games to pass the time. We decided to ride out the storm and take every day as it came and it thankfully worked out ok.

As June rolled around and Ireland began to gradually reopen I started missing home more. All of my plans for America such as traveling and sightseeing were unquestionably canceled, and the appeal to be back home for a summer in Dingle, County Kerry, was hard to shake off.

If you’ve never been to Dingle, let me explain. Dingle is a small seaside town nestled on a peninsula in the southwest of Ireland. It’s known for its scenery, food, colorful streets, and the buzz during the summer is second to none. 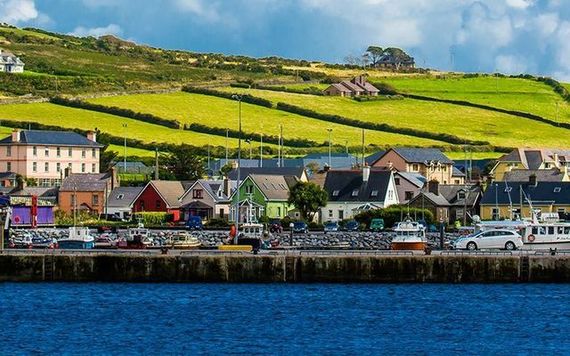 The colorful town of Dingle, in County Kerry.

I made the decision to move back at the start of June and the journey home was definitely unique. The airport was particularly empty, it still felt odd to see everyone wearing masks, and I had a whole row of seats to myself in the middle aisle on the plane. Landing in Dublin my parents collected me, having made the four and half hours journey from Kerry to Dublin. There was still a lot of unknown fear around COVID at the time, so being extra cautious my Dad installed a perspex sheet to the back of the car to separate me from my parents. Arriving into Dingle, I was dropped off at a family Airbnb, my parents waved me goodbye and I spent the next two weeks quarantining here.

Locals thought that Dingle would be unrecognizably quiet during the summer, but when the summer started and the country opened up, everyone on the island of Ireland decided they wanted to holiday in Kerry. Restaurants were fully booked, boat tours had waiting lists and my only memory of the weather was that the sun was always shining. It was the first summer since I was 16 years old that I wasn’t working and I wanted to make the most out of this unexpected freedom. I managed to do things I never made the time to do before, like kayaking with Dingle Adventures and climbing Mount Brandon, the second highest peak in Ireland. 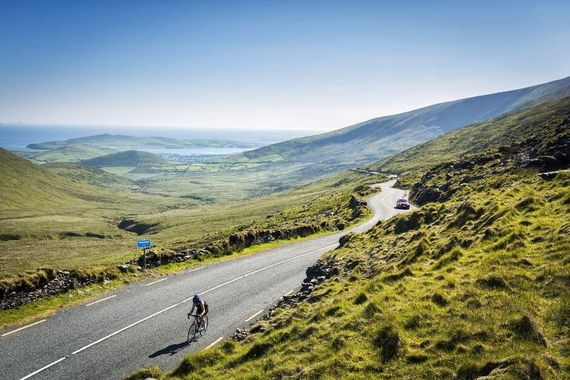 Once restrictions returned at the end of last year, Dingle became a very different town. During Christmas and New Years' the place is normally thronged with people, but this year there were no fireworks or countdown celebrations. Though a positive look on things is that some businesses that would usually close during January, such as coffee spots like Bean in Dingle and café’s like My Boy Blue, stayed open for most of the month to offer takeaway service, which helped ease the lockdown blues for locals (I was definitely grateful for it!)

Coming into March is usually when the streets get busier and the buzz of the tourist season starts building up, but with current restrictions, it’s a different story this year. For now, all we can do is stay put and practice government guidelines, but all and all it’s not a bad spot to be stuck in!