Irish UFC star Conor McGregor went off on COVID vaccines and the Irish government's handling of the pandemic on Twitter, though he has since deleted the posts. 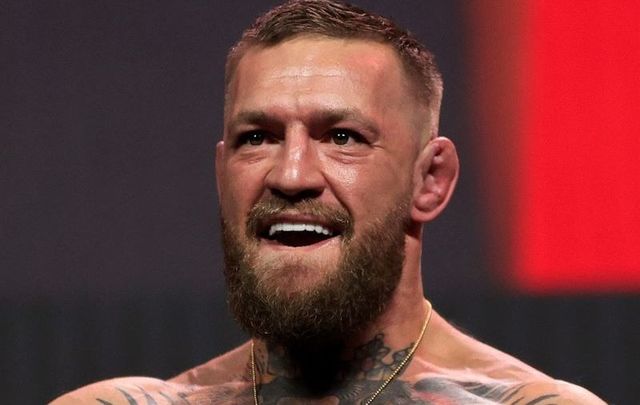 The Irish UFC star/whiskey entrepreneur has been making his feelings known all week about Ireland’s new Covid restrictions in light of increased cases, and the vaccines which he thinks “have not worked.”

Doctor McGregor tweeted, and deleted, the following on Monday: "The vaccines have not worked to stop this whatsoever. More vaccinated than ever. More cases than ever. Re-evaluate entirely. Stop taking handouts."

Though there’s an uptick in Covid Irish cases for sure, they are nowhere near where they were at the pandemic’s peak. The vaccine is the reason why hospitalization is also way down on where it was this time last year.

On November 16, McGregor tweeted and deleted: "Frustrated with these new restrictions in Ireland. We've done our part and we've followed the rules. NPHET told us last month we had the virus suppressed. And yet we move forwards only to move backwards again. All we ask for is clarity, and we have gotten none since the beginning.

"Ireland and it's people, with its high vaccination rate, after enduring the longest lockdown in the free world, is not to blame for the undersupply of our healthcare system. Those in government are! Almost 3 years to bolster this for our people, and nothing. Ireland will rise!

"For Leo [Varadkar] to come out today on foreign soil, and directly blame the non vaccinated, is the most divisive comment I've seen yet.

He continued: "We are almost three years into this. We have came together time and time again! Gone above and beyond what has been asked of us! Yet all we have gotten back is hypocritical address after hypocritical address! The audacity! I am ashamed of my nations government at this time.

"There is just no backing from me here anymore. We will rise! Tonight’s address read like an advert to me. When Ireland stands. The world will know."

Pretty strange behavior from one of the world’s richest athletes, who last year donated well over $1 million in PPE to Irish hospitals, personally delivering the goods in many cases. This year, his new Black Forge pub and restaurant opened in Dublin, which will have to comply with the new government regulations, so maybe that’s part of the reason he’s so ticked off.