A new book reveals the astonishing information that President Trump considered having Conor McGregor head up a major initiative to fight COVID. 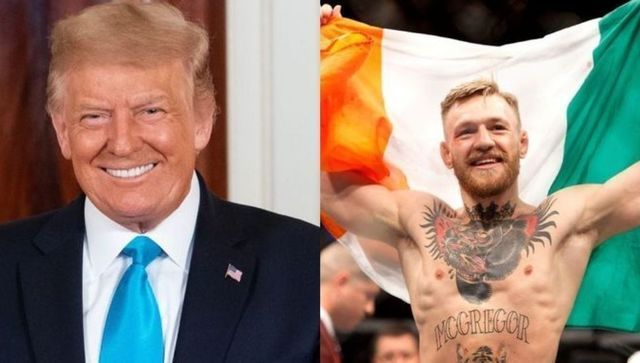 The information is contained in a new book, “Four Years in the Cauldron” (Penguin Press) set to be released this week written by RTE Washington correspondent Brian O’Donovan. RTE is Ireland’s national radio and television broadcasting station.

In an interview with Independent.ie, O’Donovan says he has seen a document  “Looking at the possibility  of recruiting him (McGregor) for a coronavirus advertising campaign.”

According to the document, McGregor would appeal to the general public as well as to “super spreaders, people who would be less likely to wear a mask and practice social distancing.”

The document stated that McGregor had voiced public support for Trump which would have made him more likely to agree to do it.

However, attitudes about wearing masks hardened among Republicans, and the McGregor initiative was shelved.

O’Donovan also pointed out that it was not unusual to see Conor McGregor t-shirts worn by supporters of Trump at his rallies.

“Phenomenal President. Quite possibly the USA goat [greatest of all time]. Most certainly one of them anyway, as he sits atop the shoulders of many amazing giants that came before him.”

In his book, O’Donovan also reveals that then Irish leader Leo Varadkar was shocked about how popular McGregor was in America and worldwide.

The intertwining of McGregor with Irish identity had not escaped his notice. "I remember on personal trips to America, people would say to me: 'Oh you're from Ireland?' and Conor McGregor would come to mind as quickly as Riverdance and Guinness," he said.

“Even the president of Mongolia, he was a boxer or a martial artist too, mentioned Conor McGregor when I met him… I guess it kind of ties into the idea of the 'fighting Irish' so it's not an image of Ireland that I warm to, but you have to accept that it's out there."