Conor McGregor living it up in Cannes and Monte Carlo

Irish MMA star Conor McGregor is living the rich life in Cannes and Monte Carlo in recent days while he insists that he will return to fighting. 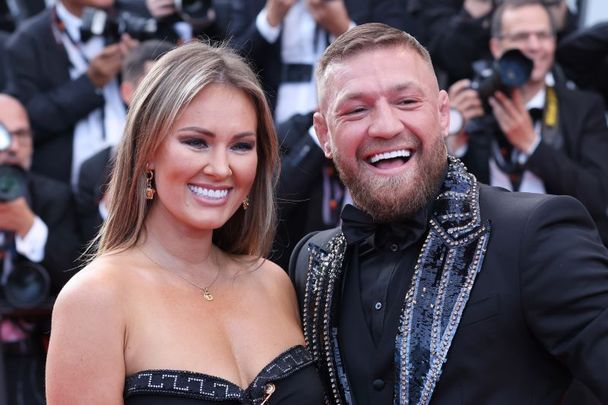 Conor McGregor says he’s hoping to return to the UFC sooner rather than later, but his actions these days indicate that he’s a man more attuned to enjoying his enormous wealth than spending hours training in a gym.

McGregor and his fiancée Dee Devlin were at the premiere of "Elvis" last week at Cannes Film Festival, hobnobbing with celebs and knocking back shots of Conor's Proper No. Twelve Irish whiskey.

The couple posed for pictures with Aussie pop star Kylie Minogue, though some of Kylie’s fans weren’t too impressed with her new friend. (One of her Instagram followers wrote, “Get him away from her!”)

Both Conor and Dee haven’t been shy about chronicling their first-class travels on social media and leaving gushing messages for each other. (Why exactly do people who live together feel the need to do that!)

Prior to the "Elvis" premiere, Conor and Dee were guests at a posh party hosted by the luxury jeweler Chopard where they met (and posed) with Princess Diana’s nieces Amelia and Eliza Spencer among other notables.

Leaving Cannes on Friday was made simple. The couple and their three kids hopped on his luxury yacht and cruised over to Monte Carlo, where they spent last weekend hanging at the Formula One Grand Prix.

So Conor is enjoying life, and his multi-millions. And good for him – who among us wouldn’t do the same? But hanging out in Monte Carlo and drinking generous scoops of Proper No. Twelve probably isn’t the best way to get back to fighting shape.