Oscar-winner Jared Leto has reiterated that he'd relish playing Irish UFC champ Conor McGregor in a movie and is confident about his Irish accent. 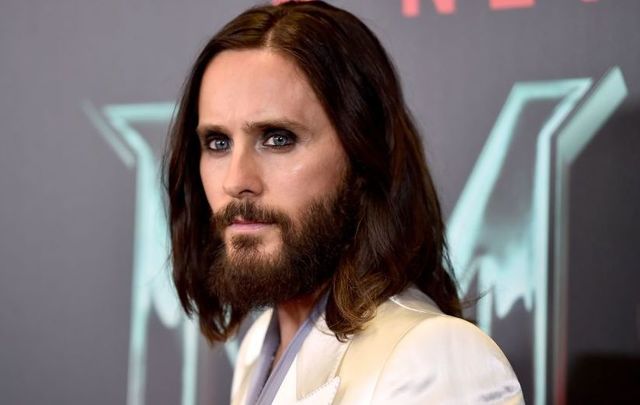 Jared Leto, Oscar-winner and star of Marvel's latest movie "Morbius," has doubled down on his teaser that he'd like to play Conor McGregor in the MMA fighter's bio-pic.

Leto is keen to play Conor McGregor in a biopic and feels he can nail an Irish accent, he recently told Irish presenter Lisa Cannon on her program "Spotlight."

Spotlight returns for Season 3 this Friday! ?@LisaCannonTV
speaks to Oscar Winners @JaredLeto & Jenny Beavan ?
She chats with @stephenbyrne
about the Oscars saga and much more.
Don’t miss Episode 1 which drops across @EVOKE  & @ExtraIRL platforms.#Oscars #JaredLeto pic.twitter.com/ezULocFKiS

Leto said Conor McGregor is "probably one of the great roles to play on film" and that he's "not worried about" doing a  good Irish accent.

"I’ll tell you what, if I did the Irish accent, you would give me a passport because I would do such a good job for the Irish people," Leto said on Spotlight.

"I would go there and live there and work there and breathe there and eat your great food and be around those amazing people. I would definitely make you proud."

Leto noted that he has fond memories of Ireland from when he lived in Dublin to film his very first film, "The Last of the High Kings," based on an Irish novel.

McGregor seems impressed with the offer and shared a clip of Leto's interview with Cannon on his Instagram story. In fact, the pair were tweeting back and forth after IrishCentral published an article on the role.

Leto, who won an Oscar in 2014 for his role alongside Matthew McConaughey in "Dallas Buyer's Club," added that he thought Dublin was one of the "best cities in the world" and admitted to having a "love affair with Ireland" adding that he loves the "incredible energy of the Irish".

"The Last of the High Kings", released in 1996, is the coming of age tale of Frankie (Leto). The movie includes an all-star cast including Catherine O'Hara, Christina Ricci and Gabriel Bryne to name just a few.

Previously, Leto had been famous for his role as Jordan Catalano on the TV series "My So-Called Life" alongside Claire Danes. To say Leto's arrival in Dublin caused a stir among teenage girls in 1997 is an understatement.

Who knows 25 years later perhaps he'll return to take on the role of a lifetime as the often controversial Conor McGregor.

Check out this clip of Jared Leto in "The Last of the High Kings":