Matthew McConaughey hopes to send his kids to the Gaeltacht

Proud Irish American and star of “True Detective” and “Dallas Buyers Club" said “That was paradise to me...I was back with my people. Take me home to my people.” 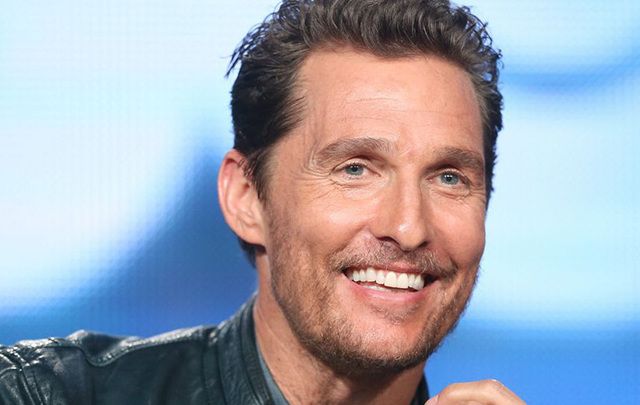 Oscar-winning actor Matthew McConaughey, star of “True Detective” and “Dallas Buyers Club,” told an Irish newspaper that he takes great pride in his Irish heritage and would love to immerse his children in the culture by sending them to the Gaeltacht for an immersion course in the Irish language and culture.

The Hollywood star is Irish on both sides. His mother, Kathleen McCabe, was born in New Jersey, but her family hails from the Cavan/Monaghan area. His father James Donald McConaughey also had Irish roots. He was from Louisiana and was a former professional football player.

McConaughey married Camila Alves, a Brazilian model and designer, in 2012. The couple has three children.

Speaking to the Irish Sun McConaughey said, “My kids are really privileged to call themselves Brazilian Irish. Irish Brazilian, how great is that? Connected to two of the most vibrant, colorful, exciting cultures on the planet. Both very different yet with so many similarities. It’s beautiful. It’s a gift."

He continued by saying that he wants his children to be immersed in the culture and craic of Ireland and that he hopes that he too can learn a cupla focail (a little Irish) along the way.

“I gotta keep up the Gaelic. I want them reading the literature. I want Riverdancing. I want them saying ‘grand’ and ‘lunatic” to the marvelous,” said McConaughey. “When they’re older, I want to send them to that Irish language summer camp you guys do. It’s like a rite of passage for you guys, isn’t it? When you’re teenagers. I want them fluent – which means I gotta do a crash course too.”

He told the newspaper that he immediately fell in love with the Irish and felt a connection to the people.

“I walked those streets, walked into tiny pubs with giant welcomes and warm hearts. That ‘f*** it, pull up a stool, tell me your story, I’ll tell you mine’, attitude, I loved it. That was paradise to me. I was coming home. I made friends fast. I sang. I danced – heard stories and tales and jokes and anecdotes I’ll remember for a lifetime.

“I was back with my people. Take me home to my people,” the Oscar winner said.

This isn’t the first time the star let loose his inner Irish. Recently, while being interviewed by RTE before the release of “Interstellar,” he tried out his Gaelige and his Irish brogue. What d’ya reckon?