"As the Irish like to say, it's a cinch to mash the Murphy where there's love." Sorry, what? 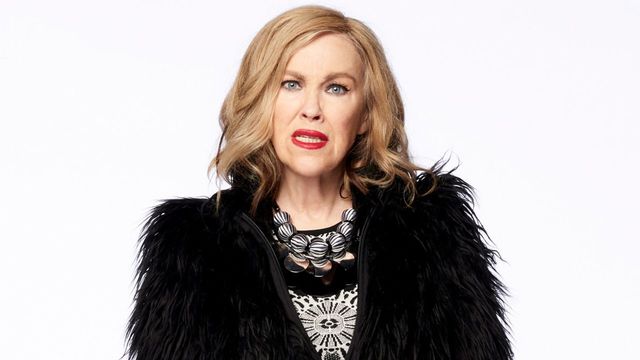 The brilliant character played by Catherine O'Hara charmed the world with her quirky ways but what exactly was the Irish saying she used and what does it mean?

Moira Rose, the overly dramatic matriarch from the smash-hit sitcom "Schitt's Creek" is undeniably one of the most memorable TV characters of the last decade. However, she did often talk quite a lot of nonsense and one of her conversations with her daughter, Alexis, has left her audience scratching their head and asking what exactly this Irish saying means.

Played by Catherine O'Hara, who is Irish Candian and does a pretty good Irish accent truth be told, Moira says the line "As the Irish like to say, it's a cinch to mash the Murphy where there's love," which resulted in several of IrishCentral's reader reaching out for answers.

First off, in case you missed it, "Schitt's Creek" is a sitcom created by Dan Levy which follows a rich video-store magnate Johnny Rose (Eugene Levy)and his family who suddenly find themselves broke. They are forced to leave their pampered lives to regroup in Schitt's Creek. The popular comedy filmed 80 episodes over 8 series from 2015 to 2020.

The Irish saying scene in question takes place in "The Olive Branch", the ninth episode in the fourth season, in a conversation between Alexis (Annie Murphy) and Moira.

Here's a snippet of the script:

Alexis: Excuse me, this has nothing to do with the fact that I'm single. The singles market is very lucrative. Did you know, that there's a small town in Ireland that hosts a singles week every year, and it's become so popular, that they're able to subsidize their entirely yearly budget, just on profits?

Moira: It's a valiant first effort, Alexis, it is. But darling, do keep those wheels turning! As the Irish like to say, [Irish accent] it's a cinch to mash the Murphy where there's love.

As clear as mud right?!

After rooting around online we're almost positive that the wonderful character of Moira Rose is paraphrasing an old Irish saying which goes: "It’s easy to halve the potato where there is love”. Meaning, when you are in love you will share everything together.

In case you're not aware of the wonder that is Moira Rose, here's a short video:

The commenter, madds0806 wrote "There's an Irish proverb that says “It’s easy to halve the potato where there is love.” Murphy is another word for a potato in Ireland. Moira put a twist on the proverb. For those thinking it's about sex, get your heads out of the gutter hahahaha [sic]."

While CR45h0v3rdr1V3 wrote "Murphy are an edible tuber native to South America; a staple food of Ireland. Irish potato, spud, tater, white potato. ... the saying it go halves on a potato where there is love. meaning when you're in love you would give anything. even your life. seeing how potato save the lives in history [sic]."