With their new baby, Conor McGregor and fiancee Dee Devlin have continued with their tradition of Irish baby names. 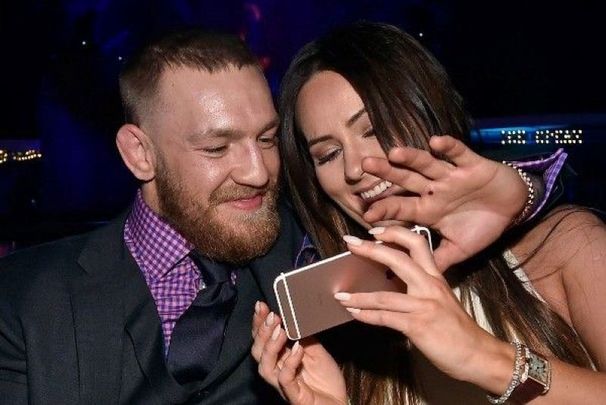 Irish UFC star Conor McGregor has announced the birth of his third child, son Rían, with his fiancee Dee Devlin.

"The McGregor Clan is now a family of 5 ❤️," McGregor wrote in an Instagram post on May 17.

"Healthy baby boy delivered! Baby and Mammy Wonder Woman are doing great! God I thank you for everything you give to me and my family in this world 🙏

His post racked up more than 1 million likes in less than an hour.

Rían joins older brother Conor Jack, who turned four on May 5, and older sister Croia, who is nearly two and a half.

The longtime couple, who got engaged in August 2020, announced that their third child was on the way just before Christmas.

Both of Conor's sisters were among the many commenters on his post announcing Rían's arrival.

While Erin wrote “happy and proud of u both ❤️🥳 welcome to our family baby," Aoife simply shared a blue heart emoji.

What does the name Rían mean?

Both natives of Dublin, it's no surprise that Conor McGregor and Dee Devlin have shown an affinity for classic Irish names for their growing crew of children.

Anglicized as 'Ryan,' Rían is a traditional Irish name that translates to "little king." You can listen to how to properly pronounce Rían here.